What exactly is a transistor, anyway? 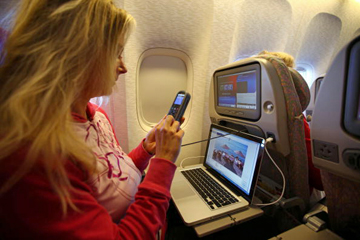 Transistors enable the design of a huge array of technological feats that were impossible with vacuum tubes.
EyesWideOpen/Getty Images

Transistors are devices that control the movement of electrons, and consequently, electricity. They work something like a water faucet -- not only do they start and stop the flow of a current, but they also control the amount of the current. With electricity, transistors can both switch or amplify electronic signals, letting you control current moving through a circuit board with precision.

The transistors made at Bell Labs were initially made from the element germanium. Scientists there knew pure germanium was a good insulator. But adding impurities (a process called doping) changed the germanium into a weak conductor, or semiconductor. Semiconductors are materials that have properties in-between insulators and conductors, allowing electrical conductivity in varying degrees.

The timing of the invention of transistors was no accident. To work properly, transistors require pure semiconductor materials. It just so happened that right after World War II, improvements in germanium refinement, as well as advances in doping, made germanium suitable for semiconductor applications.

Place the N-type and P-type adjacent to each other and you create a P-N diode. This diode allows an electrical current to flow, but in only one direction, a useful property in the construction of electronic circuits.

Full-fledged transistors were the next step. To create transistors, engineers layered doped germanium to make two layers back to back, in a configuration of either P-N-P or N-P-N. The point of contact was called a junction, thus the name junction transistor.

With an electrical current applied to the center layer (called the base), electrons will move from the N-type side to the P-type side. The initial small trickle acts as a switch that allows much larger current to flow. In an electric circuit, this means that transistors are acting as both a switch and an amplifier.

These days, in place of germanium, commercial electronics use silicon-based semiconductors, which are more reliable and more affordable than germanium-based transistors. But once the technology caught on, germanium transistors were in widespread use for more than 20 years.