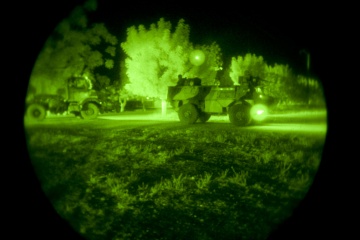 Early versions of infrared detectors were big, unwieldy and noisy. Contemporary cooled systems are much improved, but even now they are still heavy, bulky and expensive, and often attached to large vehicles or planes so that they can be moved to a location and then put to use.

One popular cooled system, for example, is the FLIR SAFIRE III, which was used to narrow the search for the Boston bombing suspect [source: Peluso]. This unit is tough enough for military use and stabilized with an onboard gyroscope, and it works on land vehicles or on aircraft. It also weighs 100 pounds and costs around $500,000 as of 2013. "Cheaper" detecting units often run into tens of thousands of dollars, making them too expensive for the general public.

Uncooled products are much less expensive, and they are a lot smaller, too. Take the Extech i5 -- it costs around $1,600 and it weighs the same as a can of soda. It has a rechargeable lithium-ion battery, a 2.8-inch (7.1-centimeter) color LCD screen and, like a typical digital camera, it stores its pictures to a removable flash card.

Or consider the FLIR Scout PS24 monocular, which retails for roughly $2,000. It's only 6.7 inches (17 centimeters) long, so hikers, hunters and security professionals can take it wherever they roam. In spite of its small size, it has a color display and is waterproof, too.

Some of these imagers offer nifty features such as picture-in-picture displays, interchangeable lenses, laser pointers (so you can see exactly where you're pointing the camera), integrated GPS, WiFi connectivity and even microphones so that you can add voice comments to each image.

The Extech and FLIR products are both based on microbolometer technology. They're much different than most of the night-vision or infrared illuminated cameras common at the consumer level. You know these gadgets -- they produce that sickly green glow in movies and TV shows.

That kind of night vision doesn't detect heat. Instead, those products greatly amplify wisps of ambient light in order to reveal objects in the dark. In other words, they still need visible light being reflected off of those objects or they won't work very well.

The same goes for infrared illuminated cameras. These cameras project an infrared beam (think of your TV's remote control), which bounces off target objects and reflects light back towards the camera sensor.