The Call for Culturalization 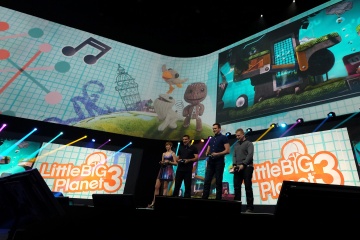 The creators of "Little Big Planet" ran into some trouble when their game's soundtrack was found to include snippets from the Koran.
Chris Weeks/Getty Images for Sony Computer Entertainment America

Today's video games amount to cultural documents. Through their rules, vocabulary and presentation of racial, ethnic, cultural, sexual, gender and other norms, they reflect the cultures that create them and project that culture into other areas of the world. Thus, proper localization must reach past the superficial, down to the tastes and deep-seated expectations of a target culture.

Fast food and candy companies have long since figured out that success in new markets takes more than changing a quarter pounder into a "royale with cheese." It means delving into local tastes and preferences. Thus, in Japan McDonald's sells plum-flavored seasoning for its fries, while KitKat offers a dizzying array of flavor varieties with carefully targeted packaging and artwork.

Most commonly, though, porting games means toning down sex and violence. Germany is well known for its restrictions on violent content, such as requiring that companies remove or recolor blood [source: Mueller]. The American rating system, ESRB, has less of an issue with violence than Europe's PEGI but makes up for it with Puritanical prudishness.

"An example of this is the rating for 'Grand Theft Auto V,'" Skoog said. "The PEGI rating details violence and strong language as reasons for the age 18 rating, with no mention of sexual content, whereas the ESRB rating also lists sexual content and the use of drugs and alcohol."

Of course, there's no shortage of ways to offend a country's citizens or government. It's hard to imagine Lara Croft doing well in traditional Islamic cultures, especially when her Syrian counterpart, a game called "Zoya," sold less than 100 copies [source: Sisler]. China famously required that Blizzard Entertainment cover the bones of skeletons in "World of Warcraft" [source: Skoog]. And then there's "Resident Evil 5" ...

"'Resident Evil 5' was created by Capcom, a Japanese company, where the culture doesn't have the racial history that our country does, yet received quite a bit of backlash over its depiction of white heroes fighting black zombies — and being reminiscent of colonization and the slave trade," Deming said.

Because history casts a long shadow over national and personal identity, it can cause major issues in localization and culturalization. The South Korean localization of "Age of Empires" had to change a historical scenario involving the Japanese Yamato forces and the Choson of the Korean Peninsula to comport with South Korea's version of history [sources: Edwards]. China banned "Football Manager 2005" because it depicted Tibet and Taiwan as independent. "Hearts of Iron," which begins before the People's Republic even existed, faced the same objection [sources: Edwards, Skoog]. Germany bans portrayals or mentions of anything Nazi-related, which poses problems for an industry so enamored with World War II [sources: Deming, Skoog].

And then there's religion, the biggest cultural third rail of all. "Little Big Planet" faced delays after news leaked that its music track included snippets from the Koran. They had reason for concern: An earlier game, "Kakuto Chojin: Back Alley Brutal," saw worldwide recall after the Saudi Arabian government launched a formal protest over a similar issue [sources: Brown, Edwards, Mangiron, Skoog].

Nuance, technical issues, rewrites and cultural sensitivities: Any way you look at it, it's a lot to keep track of. No wonder localization is a team sport.

In order to get the most coverage for their localization dollar, mark, franc, etc., game companies sometimes use the most "neutral" version of a widely spoken language such as French or Spanish. This can backfire, however, as gamers expect the dialect to ring true for the game's setting and attitude. Moreover, gamer culture has certain linguistic expectations of its own [source: Skoog]. Another problem arises when companies try to make the game itself more generic, such as a farm game that only involves "crops" or "livestock." Research has shown that gamers much prefer specificity, even — perhaps especially — if the details do not match those of their homeland.

Can the Internet Break From Overuse?

8 Free Apps to Help You Stay Connected During Coronavirus