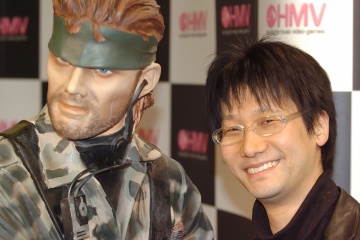 The video game industry has grown substantially since its infancy in the 1970s, and with it has come the need for better localization and the resources to make it happen.

It's a worthwhile investment. Today, game localization accounts for, on average, around half of the industry's total revenue stream, varying from 30 to 70 percent for individual companies and games [sources: Edwards, Mangiron]. Then again, maybe "stream" doesn't quite capture the $91.5 billion revenue torrent that research firm Newzoo predicted would gush through the sector in 2015, or the $107 billion flood projected for 2017 [source: Sinclair].

With the dawning of the Internet Age came new online game types and a more urgent need for better, faster and farther-reaching localizations.

"Game types, such as multiplayer, MOBAs (multiplayer online battle arenas) and the like, also made the access to players from all over the world more common, and the need to localize for those audiences became more relevant," said Stephanie O'Malley Deming, president of XLOC Inc., which provides content management software for localization.

Meanwhile, the ever-growing scale of video games created both problems and opportunities for the sector. "Fable II," released in 2009 and published in 15 languages, comprised 420,000 words, 48,000 audio files, 54 actors, 50 quests translating into 238 hours of gameplay, and both a male hero and a female hero [source: Edwards]. It's probably just as well that it had to run on only a single platform.

Localizing such massive games requires significant resources, and game companies must think strategically when choosing their markets. Not surprisingly, most companies choose to localize in languages that have a wide reach: most commonly, English, French, Italian, German and Spanish (known in the industry as "EFIGS") and Chinese, Japanese and Korean (aka "CJK") [source: Skoog]. Others go with a subset nicknamed "FIGS and J" [source: Edwards].

Beyond the linguistic shotgun approach, companies must also consider which countries will show the most interest in a given game. Figuring that out requires expertise and careful study, and some companies have carved out a niche doing this kind of market analysis. For example, Skoog's old company, LAI, published an app called the Game Market Analyzer to help game producers do the marketing math [source: Skoog].

Indie games, which can often barely afford to publish let alone localize, sometimes use online localization platforms like Crowdin to crowdsource their translations. This approach saves them a bundle while also building a sense of community with their players — but, in the hands of a troll, it can also go horribly wrong. One unfortunate example: The Afrikaans localization of Minecraft's home screen, in which a crowdsourced translator swapped a racial slur in place of enkelspeler, the Afrikaans word for "single player" [source: Conditt].