A Game Changer for the Game Console Market? 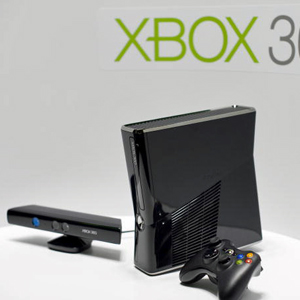 Just as the gasoline engine freed vehicles from horses to pull them, Kinect frees the video game player from needing a controller to use the system. While Kinect may not change the world on the scale of the gasoline engine, its potential impact on the video game console market is no less profound. Plus, we have yet to discover what the technology could mean for other industries.

As previously mentioned in this article, Microsoft Kinect provides an interactive video game experience through motion detection like the Nintendo Wii, but without the need for physical controllers. YouTube videos of people trying out Kinect at E3 show breathless, happy players jumping, kicking and dancing more vigorously than they could with Nintendo Wii controllers in hand or under feet. As of this writing, there's no word on how Nintendo will respond with its own product line.

From a price perspective alone, the Wii is the better bargain until you have three or more people playing at one time. At full retail price, the Wii console with one controller (including Nunchuk) is $199, and each additional controller plus Nunchuk could set you back $60. The Kinect sensor retails at $149 and includes a copy of "Kinect Adventures." The device must be attached to an Xbox 360 console, and if you don't have one yet, the Xbox 360 with 4 GB of internal flash memory costs $199. You can get the same unit bundled with a Kinect and "Kinect Adventures" for $299 [source: Microsoft Store]. This doesn't count purchasing additional games, batteries (for the Wii controllers), or a subscription to Xbox Live to connect and play over the Internet (no extra cost for Wii owners to play online games).

Sony, the other video game console giant, is also making strides in this race. At the same E3 event where Microsoft announced Project Natal, Sony demonstrated its own controller-free, motion-detecting technology it called the Interactive Communication Unit (ICU). ICU was created in collaboration with the Swiss firm Atracsys, which already sells hands-free controls for medical professionals in sterile environments [source: Atracsys]. However, Sony's March 2010 announcement of the motion-detecting PlayStation Move, revealed that it was not based on ICU, but rather on light-emitting hand-held controllers similar in size to the Wii controllers [source: Patel].

For players who prefer the tactile feedback of props, the Nintendo Wii and PlayStation Move will have the advantage. For example, holding a video game gun that lets you aim and pull the trigger at the screen might give you a better first-person-shooter experience than merely mimicking holding and firing a gun. To capture this audience, Microsoft might respond with games that use, or even require, props.

Will Kinect's innovation go beyond the entertainment industry? At the time of this writing, it was too soon to tell. However, there was already buzz about how it could be used in healthcare and education. Imagine how Kinect could be used for tracking your progress in physical therapy, driving your car when you can't use a steering wheel, or simulating a day in the life of a soldier during the American Revolution.

The game is on for Kinect. Start your own adventure with some of the links below.