How to Add RAM to Your Laptop 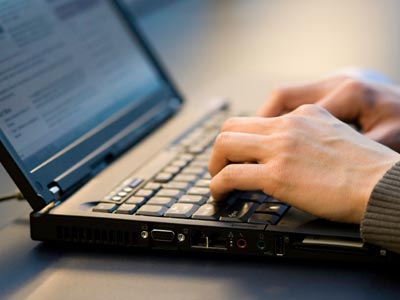 For some, adding more random access memory (RAM) to your laptop may seem like a daunting task. Where do you start?
© iStockphoto.com/lizchen

If you've ever switched from a desktop computer to a laptop, the experience can be liberating. While some might enjoy having a single space in which to work at a computer and organize files both physical and digital, a desktop can also keep you feeling anchored to the spot. It relies on electrical outlets 100 percent of the time, and carrying all of its bulky components from one place to the next isn't convenient, either.

Laptops, however, run on battery power, and, once sufficiently charged, can operate anywhere you carry them. They're small, thin and lightweight, so whether you want to lounge on the couch or work at the coffee shop, laptops are portable and easy tools to use.

But the only real difference between a laptop and a desktop, of course, is how they're put together. A laptop has all of the same hardware and accessories a desktop does, like a screen, a keyboard, a microprocessor, memory storage and a series of fans to cool the system down. Everything is just arranged differently since it needs to fit in a much smaller package. That means once you start building up more files, adding more pictures, uploading more music and using more programs simultaneously, you'll experience something many laptop computer users lament -- slow load times and sluggish performance.

­Typically, the culprit behind any performance issue is an insufficient amount of random access memory, or RAM. Although some owners cringe at the thought of adding more RAM because a laptop's layout isn't as straightforward as a desktop, sometimes adding or upgrading the RAM on your system is the easiest and cheapest solution to increasing your laptop's performance.

So what exactly are you doing when you add more RAM to your system? How do you choose the right RAM? And once you've opened up that laptop, how do you install RAM correctly? 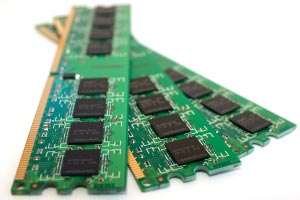 Everyone has their own needs for their laptop, so what should you look for when buying RAM?
© iStockphoto.com/ilmwa555

When most people refer to a computer's "memory," they're talking about random access memory, or RAM. RAM is considered important to your laptop's central processing unit (CPU), because memory allows you to run several programs at once without too much interruption. How do you know if you need more RAM, though?

The telltale sign of too little RAM is slow performance. Usually, when you purchase a new laptop, it takes very little time to start the computer and run its existing programs. But as you add files and perform more tasks simultaneously, things start to slow down. If you boot up your computer and it takes several minutes for everything to work properly, chances are you could use more RAM.

Fortunately, adding RAM to your laptop is probably the easiest and most inexpensive method to boost computer performance. Even getting a new CPU for your laptop might not do as much as adding RAM. But if you do a little bit of searching on the topic of RAM, you'll find there are several different kinds and many different sizes available. What's the right RAM for your computer?

First of all, you need to judge the performance of your laptop and ask yourself what kind of work you'll be doing. If you play games on your laptop or run lots of programs that take up a lot of processing power, you'll want a good amount of RAM -- 2 GB of RAM or more. If you're using your laptop for simple day-to-day work, you probably won't need more than 512 MB of memory [source: Crucial]

So once you've chosen the right kind of RAM, how do you get it into your laptop? 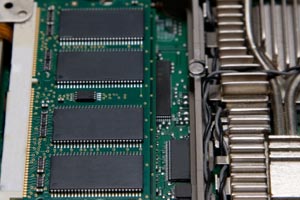 Although it might look a little difficult, everything you need to add more RAM to your computer is right in front of you once you open up the back of your laptop.
© iStockphoto.com/miws16

Once you've purchased the necessary RAM module, you're ready to add more memory to your computer. Before you start anything, make sure the laptop is completely turned off and unplugged from any power sources for the sake of safety. It's also recommended that you use an antistatic wrist strap while you're handling a RAM module.

Once everything is powered down, you'll need to find the memory compartment door. Different manufacturers put these slots in different places, but on most laptops, you'll find a small door on the underside of the machine. Using the appropriate screwdriver, open the door and take a look inside. There are typically two slots for RAM. If both slots are full, you'll have to remove one of the modules and replace it with a module with more memory to upgrade your laptop's RAM. You can remove a RAM module by pressing on the little ejector clips that hold the module in place. If one of the slots is empty, you can simply place the new module in the slot. Adding a module is fairly straightforward -- it should just slide into place and, once you give it a little push, it'll lock down with the help of the clips. Again, your experience may be different depending on the company that made your computer, so make sure to check your owner's manual or support Web site before you start opening your laptop's case.

Once you have everything back into place, replace the access door and turn on your computer. If everything goes well, your laptop should automatically recognize the extra memory. You'll find that your computer will boot much faster, run applications more smoothly and switch between programs with less lag time.

For lots more information on RAM, laptops and computer technology, see the links on the next page.