Browse the article How Universal Translators Will Work 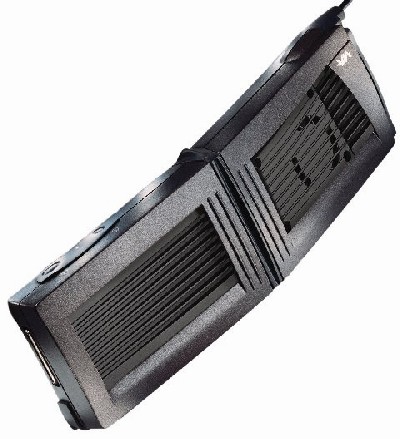 Not counting your native language, how many languages can you speak? Maybe one, possibly two. The majority of us cannot speak any secondary languages, while others speak many languages. Pope John Paul II can speak 10 languages, and others claim to speak dozens. Even if you can speak 100 languages, that's only a small percentage of the more than 6,000 languages that exist in the world. This diversity in languages can make it difficult when trying to communicate with someone who doesn't speak a language you understand.

If you are familiar with "Star Trek," then you know about the universal language translators that the show's writers created to deal with the communication problem posed by a multitude of different languages. ViA, a wearable computer maker, has developed an Earth-based language translator that will be available later this year to the U.S. military and English-speaking consumers.

In this article, we will look at the device itself and how it turns English into any one of almost a dozen languages.

­ViA's universal translator device will look just like the company's wearable computer, ViA II. The computer is about the size of two decks of cards. It is divided into two halves, which are held together by a flexible joint. The 1.38 pound (0.63 kg) ViA II is a fully functional PC that can either be strapped to the user's belt or stowed in a jacket pocket. With dimensions of 9.75 inches (24.77 cm) long, 3.13 inches (7.95 cm) wide and 1.25 inches (3.18 cm) thick, the device packs a lot of power into a small package.

The universal translator will be equipped with a 600 megahertz microprocessor and will run on Windows 2000 operating system. ViA II is compatible with a keyboard or voice recognition software. It's this voice interface that has allowed ViA to convert the wearable PC into a wearable translating device. Here's a look at the parts of the wearable device:

ViA has yet to announce the name for the device, but it has said that the automatic translator will be available in the fall of 2001 with a price of between $5,000 and $10,000. So, just how does this wearable device recognize voices, understand what is being said and then translate it into a foreign language?

Languages in a Box

Work on ViA's universal translator began about two years ago as a way to ensure that people of different languages can communicate with each other in life-and-death situations. Robert Palmquist, ViA's vice president of innovative technology, described the tragedy that sparked the development of the ViA translator. A few years ago, several people died in a fire in St. Paul, MN, because firefighters were unable to communicate effectively with the victims. Non-English speaking residents of the building were trying to flee, but misunderstood where the firefighters were telling them to go and walked directly into the fire. It's possible that if the firefighters would have had a translating device, the fatalities could have been avoided.

Currently, the device is only designed for English-speaking users, because ViA believes the target audience for this device is English speakers. Here's how the device will work:

Initially, the device will be able to translate English into about a dozen languages, including Korean, Serbian, Arabic, Thai, Mandarin Chinese, French, German, Italian, Portuguese and Spanish. Obviously, the device will not be able to translate word-for-word, but it will get across the gist of what the user is saying. The device is very smart. It allows for differences in English accents, such as the difference between accents in Houston and Boston. It also has a dictionary stacking function, which allows users to add jargon and slang to the standard dictionary installed on the device.

The value of such a device was clear to the U.S. Office of Naval Research (ONR), which invested money for ViA to develop the automatic translator. Joel Davis, program director at ONR, said that the device could replace human translators, who are expensive to train and whose skills tend to diminish over time. Davis says that one translating device would be allotted for a group of 12 soldiers in the field, and the device would facilitate basic verbal interaction with native residents.

A body-worn translator would benefit not only the military, but would also be valuable to tourists, airport personnel, phone operators, and border patrol and customs agents. In the future, we may all wear a tiny wearable translator in order to remove one of the biggest barriers to communication across cultures.