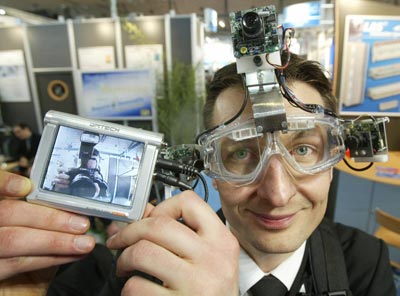 Stanislavs Bardins of Munich's Ludwig-Maximilians-University demonstrates the prototype of a video camera controlled by the eyes in Hanover, Germany. The camera could be used in application fields of psychology and market research.
Sebastian Willnow/AFP/Getty Images

Why do we do the things we do? It's a question psychologists have been asking for centuries. For the most part, the connection between the body and the mind has remained a mystery to us. How we perceive the world and learn new things still fascinates and confounds us. Are we born with certain qualities, or are we the product of our experiences and upbringing? How do we form an idea, gather information and learn to adapt?

­When scientists want to see actual numbers and data that back up those ideas and principles, however, they turn to applied psychology. Because we can't conduct psychological tests or studies on ourselves, we can perform tests on individuals or groups in order to make sense of our actions and understand the processes of the mind. Psychological testing gives us tangible data, or psychometrics, to work with, helping us to grasp the more intangible aspects of the psyche. Its uses are broad: People use psychological testing in areas like education, the workplace, counseling and health.

Psychologists look to study the behavior of people in certain situations in the hopes of understanding, predicting and even controlling human thought processes and emotions. To do so, they use a wide range of tools, commonly known as psychotechnology, to reach various conclusions regarding the mind. What are these tools? What specifically are they used for? Are there any negative aspects or misuses of such technology? To learn how psychologists dive into our minds, read on. 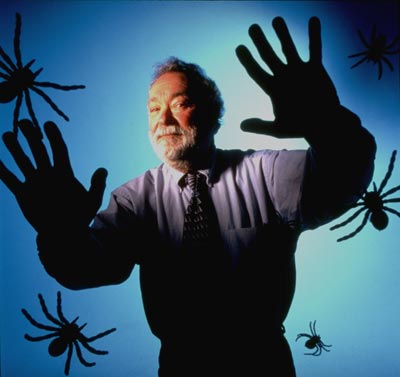 Because it's such a loose term, psychotechnology encompasses a broad spectrum of tools. Technology doesn't imply just computers and fancy gadgets; some of the most important factors psychologists can apply to subjects are the straightforward guidelines of tests and the data one receives from those tests.

Indeed, some of the simplest technologies have led to the more important discoveries in psychological thinking. One of the most famous examples of applied psychology occurred when Russian research physiologist Ivan Pavlov was studying digestion in animals, particularly dogs. During the early 1900s, Pavlov was researching gastric reflexes -- the secretion of gastric juices upon eating food -- in canines. He was able to do this by surgically implanting small pouches into the laboratory dog's stomachs, which would collect the juices while keeping food from contaminating any samples.

Before going through with any tests, however, Pavlov was confronted with a slight nuisance. The dogs, whether or not there was food in the room, would start salivating; all it took was an assistant to walk into the room, and the samples in the dog's pouch would be corrupted.

Pavlov's main area of study was the physical nature of reflexes, and he reportedly detested the entire field of psychology, firing employees for using any psychological language. But he couldn't ignore this interesting reflex. He decided to put the dogs in a room by themselves, keeping human presence out of the way so as not to signal the possibility of food. After a buzzer sounded, however, food was dropped through a chute into a dish, somewhere between five and 35 seconds later. At first, the dogs showed a normal reflex, pricking their ears at the sound of the buzzer. But after just a few of these tests, the buzzer would trigger a dog's urge to salivate, whether or not food had arrived. While a dog salivating at the presence of food in its mouth is what Pavlov called an "unconditioned response" -- a natural reflex built into an animal's psyche -- his experiment was a "conditioned response." A trigger as simple as a buzzer highlighted the process of learning behavior, which were "a long chain of conditioned reflexes" built into the mind over time.

One of the most commonly known forms of psychotechnology is the standardized test. Most people know about intelligence quotient, or IQ, tests, which give theoretical scores that measure a person's memory and language, spatial and mathematical abilities. High school students looking to get accepted into a university are most likely familiar with the SAT, or the Standard Aptitude Test. While these tests are typically used by educational institutions to gather data on intelligence and compare scores, business and industry organizations often use standardized testing to survey employees or analyze performance.

Of course, electronics and gadgets still have their place in psychological testing. For example, psychiatric professors at Oxford University used cell phones and text messaging to study and help patients with bipolar disorder. Again, the professors devised a simple method for monitoring patient's moods -- staff members at the mental health center sent text messages once a week to patients, asking them to respond with a report on how they're feeling. If someone is experiencing difficulties, according to the staff, text messaging notifies the staff quicker and reduces the anxiety of planning appointments [source: Grohol]. Video games and virtual reality are also an important part of psychotechnology -- combat games that simulate battle conditions help soldiers suffering from Post-Traumatic Stress Disorder (PTSD) and let psychologists record important reactions. 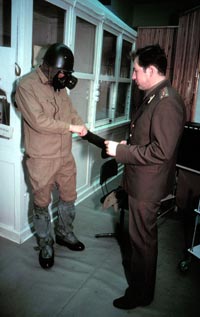