High-tech Glasses Adjust Focus Depending on Where You Look

If you've ever tried on a pair of reading glasses from one of those rotating racks at a convenience store, then you probably know what a splitting headache feels like. Here's the problem: as we get older, one of the things many of us start to lose is our ability to focus on objects closer to us.

But instead of prescription glasses, contacts or surgery, many folks who haven't needed help with their vision before turn to those cheap reading glasses from the local corner shop. That means spinning the wheel, trying on a few pairs and going home with one that might help you pick up that Alexander Hamilton biography you've been meaning to read. The non-prescription brands are an imprecise fix, however. They can do a number on your eyes by causing strain.

The good news is that an Israeli tech company called Deep Optics is working on a souped-up pair of specs that takes the guesswork out of reading glasses — and just raised $4 million in investor funding to help them do so. The lenses adjust focus automatically, using sensors and a processor to determine where a user is looking. That makes them an attractive alternative to the progressive lenses available at the optometrist's office — and the knock-off versions available in your local drug store — which vary their focusing power in different areas of the lenses.

The company's 'omnifocals' are designed for folks with presbyopia, a condition that describes the difficulty focusing on nearby objects. Omnifocals feature a "liquid crystal" lens that covers a wearer's full field of view and electronically adjusts its focus based on information sent from the sensors to the processor. Unlike traditional lenses, the crystal version eliminates distortion in any area of the user's view.

Say you're poring over the Hamilton biography's juicy details about Angelica Schuyler's romantic encounters, when your spouse walks in to show you some carpet swatches for your living room makeover project. With conventional lenses, the swatches may look distorted unless you check them out through the bottom portion of the lens. Omnifocals adjust on the fly so that you can see that carpet sample crisply and make the right decision accordingly.

How does it work? The processor sends tiny electric volts to the lenses every time the sensors tell it that your eyes are moving. Those volts change the lens focus with little tweaks to how the lens refracts or bends light as it enters. The result is a more precise view that gives users the power to bone up on Hamilton's vision of a central banking system, mull flooring options and toss those old plastic reading glasses in the nearest trash can, all in one fell swoop.

Now That's Interesting
Benjamin Franklin is widely credited with creating the first pair of bifocals – eye glasses split horizontally, with the top half for distance viewing and the bottom half for reading – in 1784 as a solution to his own vision problems.

Harriet Tubman to Replace Andrew Jackson on the $20 Bill 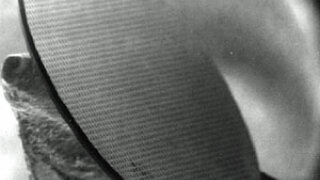 How Artificial Vision Will Work 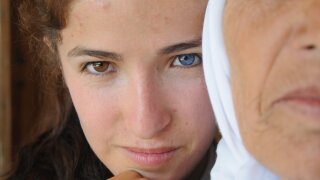 Is it possible to change your eye color?

What Are Single-use Plastics and Should They Be Banned?
January 28, 2020