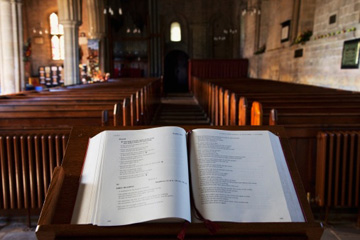 What would digital immortality mean to the world's religions?
Design Pics/John Short/Valueline/Thinkstock

We've already looked at the technological barriers that stand between us and digital immortality. But what about addressing what it really means to be immortal?

Immortality would undoubtedly cause numerous social problems. Assuming that the process will be expensive -- at least in the beginning -- it could create a new gap between classes. The wealthy could pay to live forever while those with less money must still face their own mortality. Or perhaps some countries would have access to the technology while others lack the money or technology to support it. That could lead to upheaval on a global scale.

Then there's the question of timing: When should you alter yourself to live forever? Should you do it in the prime of life? When you're a child? When you've grown old? Since every day you could risk dying in an accident, is it better to transform yourself as early as possible? If you do alter yourself, will you continue to develop as you did when you were mortal? If you upload your mind into a computer, will your development freeze or will you continue to grow as a person?

How would digital immortality mesh with the world's religions? Many religions include some form of an afterlife. According to these religions, some part of what makes you who you are survives after death and moves on to a different type of existence. But if we create the ability to become immortal through technology, what does that mean for these religions? Would these religions conclude that it's wrong to live forever since you'd never move beyond this life into the next?

What about population control? If we gain the ability to halt aging, could we remain at an age that allows us to have children whenever we like? Would the population escalate out of control since few people would ever die? And what would it be like to live in a world where your children could become the same physical age of their parents, or even surpass it? Physically, parents and their children could be the same age.

If a byproduct of digital immortality is a decrease in the number of births, what does that mean for the human race? Many of our ideas and achievements exist because new generations build upon what the previous generations created. But if we become a stagnate population, will creativity stifle? How will we remain engaged and interested in the world around us? How long would it take before we become bored or unhappy with life? How will it affect the global economy?

Kurzweil's predictions have us reaching the technological capacity for digital immortality as early as 2029. But even if the technology is at our disposal, will we ever really be ready to take that leap?

Learn more about the singularity, futurism and cutting-edge technology by following the links below.