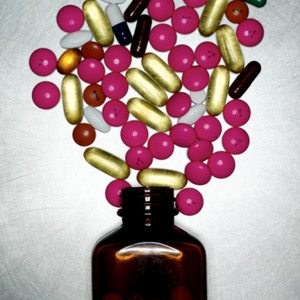 Ray Kurzweil has written several books and articles about digital immortality, including the one he coauthored with Terry Grossman titled "Fantastic Voyage: Live Long Enough to Live Forever." In that book, Grossman and Kurzweil propose that there will be three bridges that will lead to immortality. The first is something we have some control over right now: Living well and limiting the effects of aging and disease as much as possible.

Kurzweil practices what he preaches. In an interview with Enlightenment Next, he says he eats well, exercises, tries to avoid stress and takes around 250 dietary supplements per day to minimize the effects of aging and ward off disease. While some of his approaches have nearly universal approval from doctors -- there's not much controversy about eating well and exercising -- others have less scientific support. While some dietary supplements may contribute positively to health, many appear to have little or no effect based upon scientific studies [source: Hellerman].

But living well will increase your chances of living longer, which is Kurzweil's point. Because we don't have the technology to stay alive indefinitely right now, we need to keep ourselves in good shape until technology can catch up. That leads to the second bridge, which involves tweaking biology to reduce or remove the effects of aging while eliminating diseases. Through a deeper understanding of an individual's biochemistry and genes, doctors will be able to customize treatments to each patient, which in theory would greatly increase the treatment's effectiveness.

We've made some progress in this field. Doctors and scientists around the world experiment every day with new treatments and approaches to preventing or curing illnesses. Kurzweil believes that there'll come a time when science has advanced to the point that we'll be able to optimize our biological chemistry and manipulate genetic expression to give us the best chance of living for a long time. That should give us time enough to reach the third bridge: the nanotechnology phase.

Nanotechnology deals with a world so tiny that it approaches the atomic scale. A nanometer is just one-billionth of a meter. At that scale, we can manipulate individual molecules. Nanoscience is still very young and our tools are relatively unsophisticated. We can manipulate matter on a small scale but only to a limited degree. Kurzweil believes that nanotechnology will give us the ability to bolster or perhaps even replace our organs -- including our brains -- with improved constructs that won't break down over time. We may even have the ability to heal extensive damage by using self-replicating and self-healing devices built at the nanoscale.

Whether we'll achieve this mastery of nanotechnology is currently a matter of debate. While scientists and doctors have developed some medical treatments that use nanoparticles as a delivery mechanism, the science is in its infancy. Skeptics point out that we don't yet know if complex devices -- such as nanorobots -- are feasible at the nanoscale.