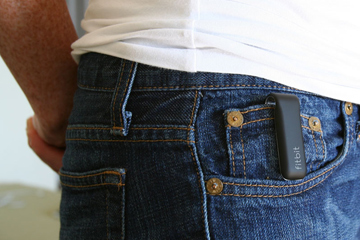 Just clip it on and go. The FitBit tracks much of your physical activity and integrates with software that encourages you to be more and more active.
Courtesy FitBit

When it comes to motivating people to work out, Richard Simmons has nothing on FitBit. FitBit is a physical activity tracker designed to help you become more active, eat a more well-rounded diet, sleep better and ultimately, turn you into a healthier human being. And it does it all without subjecting you to Simmons or his maniacal grin.

The FitBit was introduced in 2008 by co-founders Eric Friedman and James Park in San Francisco. In short, it's a 21st-century pedometer.

The equipment is deceptively simple. About the size of a clothes pin, the FitBit is shaped like a clip, which you can easily slide into your pants pocket or onto a bra strap, as it's only around 2 inches (5 centimeters) long and about half an inch (1.2 centimeters) thick. Throughout the day, FitBit logs a range of data about your activities, including the number of steps you take, distance traversed and calories burned. It's also sensitive enough to detect just how vigorous your motions are, which differentiates a slow stroll from a jog that consumes far more calories.

At night, you slip the FitBit into a wristband so it can monitor your sleep quality. It knows when you go to bed, how frequently you awaken and how long you lie prostrate, staring at the ceiling, pondering unmet deadlines. Thrashing around at midnight because of that quadruple latte you gulped at 4 p.m.? FitBit will know.

The clip has a built-in OLED (organic light-emitting diode) that scrolls current activity data. So if it's late in the day and you still have 8,000 steps to get to your goal of 15,000, you know it's time to get going, and fast. A little flower avatar "grows" as you become active; it gets shorter if laziness takes hold.

Every time you pass within 15 feet (4.5 meters) of its wireless base station, FitBit automatically offloads a cornucopia of numbers. From there, your statistics go to your online profile, where you can peruse details, monitor your progress (or lack thereof) and redouble your dedication to getting into shape.

Get Your Bits Fit 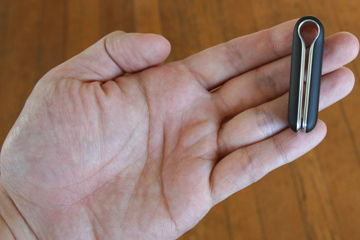 It’s so small that you can wear it just about anywhere, which means you’ll have no excuses for not staying active. Unless, of course, you lose it.
Courtesy FitBit

FitBit is evolving, from both a hardware and software perspective. In October 2011, the clip itself was upgraded and renamed the FitBit Ultra.

The Ultra has the same features as the original FitBit, with one major addition: an altimeter. With the altimeter, Ultra knows how much elevation you lose or gain throughout a day. That's valuable information because inclines are hard work. For example, if you climb the stairs in an 80-story building, you'll burn more calories than if you'd gone the same distance on a flat sidewalk outside.

In addition, the Ultra lets you check the time and includes a stopwatch so that you can manually time various activities. It displays so-called "chatter" messages, too, that are supposed to encourage you to keep moving (even though that super-sized milkshake is causing you some serious side cramps.

And of course, there are the aesthetics. The original FitBit featured teal accents; the Ultra comes with your choice of either blue or plum.

There's enough internal memory that the FitBit can store an entire week's worth of continuous data. Battery life is estimated at about three days, and you can check power levels at any time by plugging the unit into its base station.

FitBit doesn't track every kind of activity. It's not waterproof, so swimming is out. It can't tell that you just lifted weights for an hour, or that a rigorous yoga class just wiped you out. To bridge the gap, you can manually log activities through your Web account. Alternately, you can use the FitBit smartphone app (for iPhone or Android) to record workouts, as well as your food intake. The app doesn't let you upload data from your FitBit to your account, though. Only your computer-connected base station allows you to do that.

Once your data is synced to your online account, you have a plethora of options. You can check your daily, weekly and monthly stats, of course, as well as set goals. And you can create and monitor a food plan that helps you make better eating choices.

As you achieve specific goals, you'll unlock virtual badges that reward your positive behavior. These tokens recognize your achievements and push you to aim for loftier goals. You can also compare your stats with those of approved friends. Create an online group of friends or co-workers and together, you can share wisdom and inspiration that'll keep you on track.

By default, older versions of FitBit made your workout information public. Because of the potential for embarrassment, the company changed that setting. Now, your information is private until you configure it otherwise.

Curious about the FitBit's technology? Take a peek on the next page. 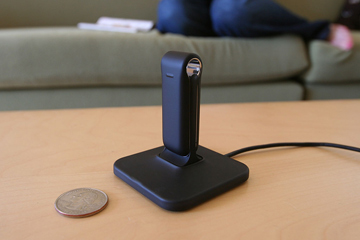 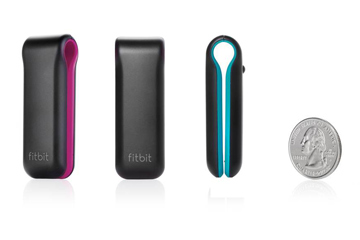 Up until a few years ago, my only exercise was short walks to and from the fridge.

Then, a persistent (read: incredibly annoying), running-obsessed friend finally convinced me to get outside and run, if only a few sluggish miles. She encouraged me to start slow, take my time and let my body adjust to new routines. The transformation was slow and not without struggle, but eventually, I got into the best shape of my life.

It was the consistent encouragement and goal tracking that helped me accomplish that feat. Gadgets like FitBit are kind of like having a friend who prods you along when you really don't feel up to worrying about your health. It keeps the issue front and center, every day, so that you learn to prioritize physical well-being. And as some people say, your health is all you have. If devices like these can give us better, longer lives, I'm all for them.

How to Install New Entertainment Electronics in Your Car
Do we have astrology to thank for clocks?
How the Sony Rolly Worked