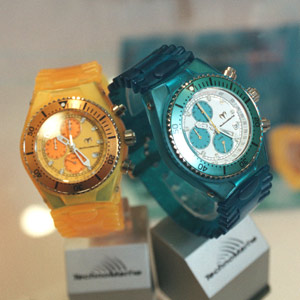 While many people now look to cell phones rather than watches to find out what time it is, manufacturers are still developing stylish, intriguing watches. These TechnoMarine watches cost about $315 apiece, but you can also get a diamond-studded version -- the Techno Diamond -- for a little over $3,000. 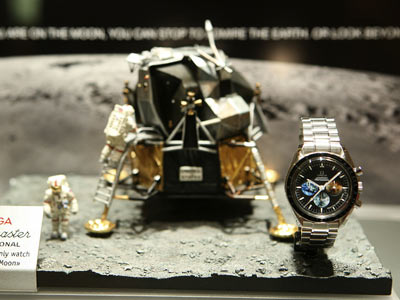 This Omega watch is on display at the Omega Speedmaster 50th Anniversary. The Omega speed master Professional is the only watch to have been worn on the moon. 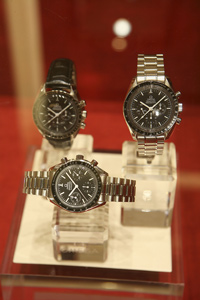 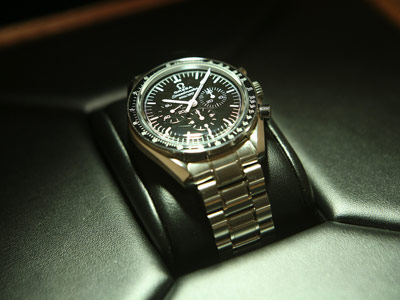 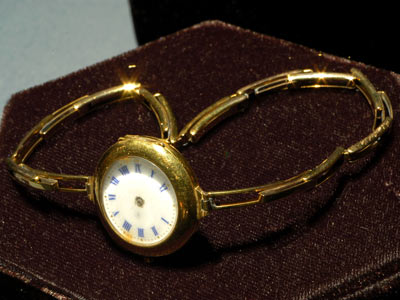 This gold wristwatch is a survivor of the sinking of the RMS Titanic. Today, it's part of a museum display of artifacts from the Titanic. 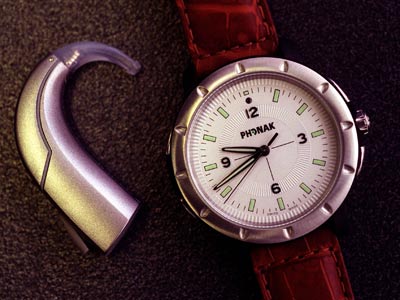 Many watches have practical uses beyond telling time. This Phonaks wristwatch, for example, doubles as a remote for the wearer's hearing aid. 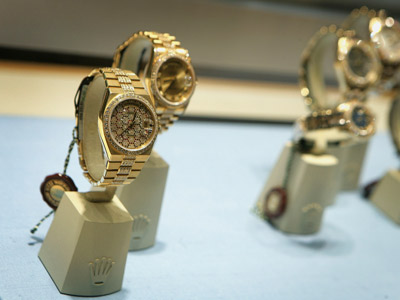 In addition to their precise mechanical workings, many luxury watches feature expensive embellishments. These jewel-encrusted Rolex watches are on display in a store window in Dubai. 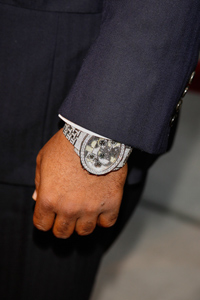 A close-up of producer Damon Dash's diamond-encrusted Tirex watch is seen as he arrives at the Los Angeles premiere of "Shadowboxer." The watch is part of Dash's line of luxury watches. 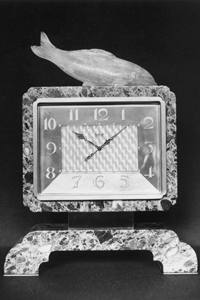 A decorative fish dives behind the face of a 1930s-era clock. The clock is made from rose quartz and green marble. 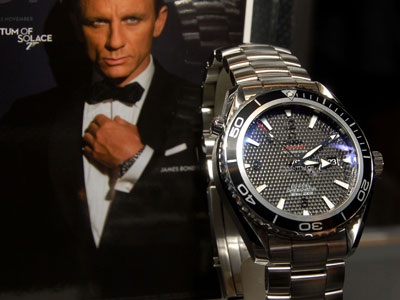 James Bond is a character who is never far from clever gadgets. This close-up shows a James Bond watch from the Tourbillon "Great Moments in Time with James Bond" event. 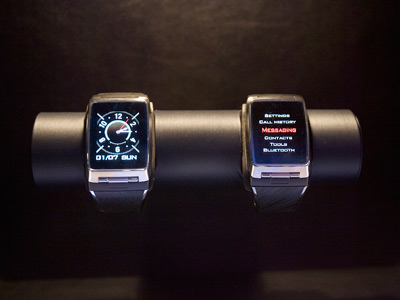 In 2009, electronics company LG made headlines with is functioning watch phone. These side-by-side models show the watch in timekeeping and telephone mode. 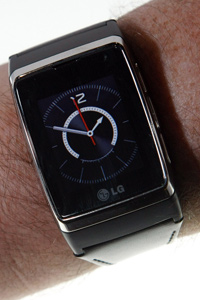 In this close-up, the LG watch phone tells the time on its face. The phone also features a video camera for video conferencing, an MP3 player, touch screen, text messaging and Bluetooth. 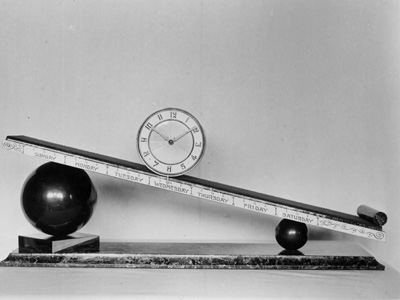 Watches can also tell time by means other than circuitry and gears. This rolling clock makes its way down a slope that indicates the days of the week. 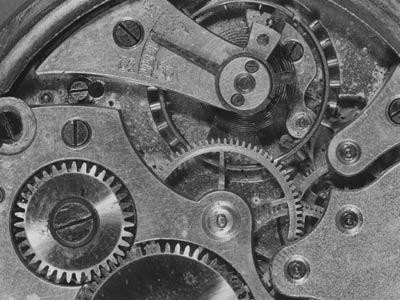 Mechanical watches use an array of springs and gears to tell time precisely. This close-up of the inner workings of a wristwatch was taken in 1949. To learn more, test your knowledge with the Name the Price: Watches Quiz.