The History of GPS Technology 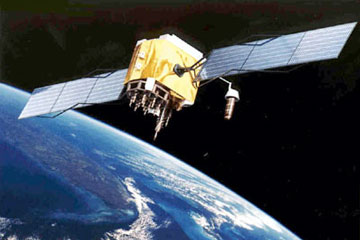 GPS can trace its origins to the very birth of spaceflight; the principles behind it came together as American scientists scrambled to track Sputnik, the satellite launched into orbit by the Soviet Union in October of 1957. Researchers from Johns Hopkins University's Applied Physics Laboratory, Drs. William Guier and George Weiffenbach, discovered that they could track early satellites' positions based on the Doppler Effect: Signals transmitted from a moving satellite would appear to distort as it approached or moved away from the receiving station. By measuring the nature and severity of the distortion, a person could calculate the orientation of the satellite's orbit.

APL company researcher Frank McClure suggested that the tracking system could also work the other way around: By tracking a satellite with a precisely known orbit and evaluating the resulting Doppler shifts in its signal, a person on the ground could identify his position anywhere he could pick up the signal. The U.S. Navy expanded the system into the Navy Navigation Satellite System, which was actively guiding ships by 1964. (For more on the history of GPS, take a look at our article on How GPS Receivers Work.)

Military-sponsored research continued into the 1970s and '80s as scientists tried to improve the signal precision, reliability and speed of satellite navigation. Technology switched from tracking Doppler shifts to using triangulation and signal timing: The longer a signal took to reach a receiver, the farther away the satellite was at the moment the signal was sent. GPS was a tried-and-true tool for all branches of the U.S. military and its allies by the 1980s, when the U.S. government began allowing widespread civilian access to the technology [source: Parkinson].

Early civilian GPS units were large and heavy, limiting their usefulness for on-the-go users. But they suffered from a much more crippling drawback: They weren't all that accurate. To prevent enemies from accessing the navigation signals, the U.S. military employed dithering: intentional interference with the satellites' timing signals that unauthorized users couldn't decode. This limited civilian GPS accuracy to about 300 feet (100 meters). It wasn't until the year 2000 that the U.S. government finally removed the dithering, making accurate civilian navigation possible. GPS then became a useful tool for anyone who needed to know where they were, how fast they were traveling or how to get where they wanted to go [sources: Parkinson; Navigon].

So that took care of the accuracy issue, but how did GPS unit manufacturers create products of a reasonably portable size?