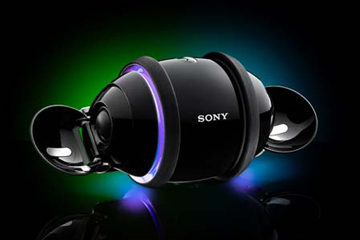 It lighted up, it danced, and it played music. The Sony Rolly was a handheld disco freak, and it was perhaps ahead of its time.
Courtesy Sony

Just a few short years ago, flash-memory based MP3 players were revolutionary, heralding the end of cassette and CD players. Flash memory had (and still has) so many advantages over older technologies. You could write and rewrite to it as many times as you wanted. It was useable in USB storage keys, camera memory cards, solid-state hard drives and much more. And unlike older music players, it didn't have any moving parts.

Well, that last point isn't quite true when it came to the Sony Rolly SEP (Sound Entertainment Player). The Rolly was a music player that not only thumped out nasty beats -- it also danced and jived and lit up ecstatically while churning out your favorite Chemical Brothers song. In short, the Rolly was a music player combined with a simple robot, designed to mesmerize you not only with music but also with choreographed and interactive dancing functions.

If your eyebrow arches upward in confusion or doubt at that description, don't worry, you're not alone. In fact, this unusual blend of features might be what stalled Rolly's rollout. As of this writing, it's still available in limited quantities from resellers in the United States and around the world, but Sony doesn't actively promote the device like it did upon its introduction in 2007.

The Rolly's shape was intentionally eye-catching, with an egg-like exterior. It weighed only 10 ounces (300 grams) and measured 4 inches (10 centimeters) long and 2.5 inches (6.5 centimeters) high, meaning it fit neatly in the palm of your hand.

You wouldn't want to hold it, though. To unleash the joy of the Rolly, you had to set it free, whether on your living room floor or on the kitchen counter.

When the company set out to make Rolly, it sought a way to visually express an invisible but powerful medium: music. By giving the player a unique but elegant shell, multi-colored lights and a capability for coordinated motion that offered hints of emotion, Sony hoped to engage music lovers' eyes and ears simultaneously. 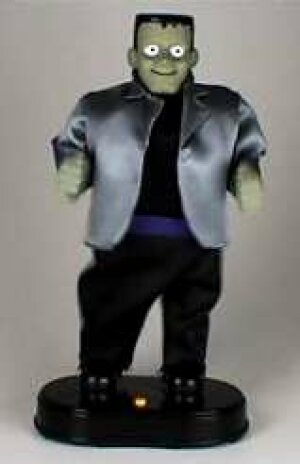 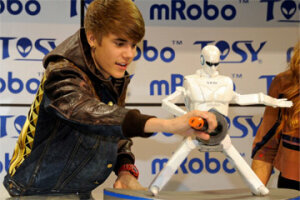 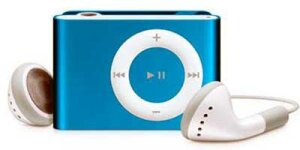