Browse the article How Metronomes Work 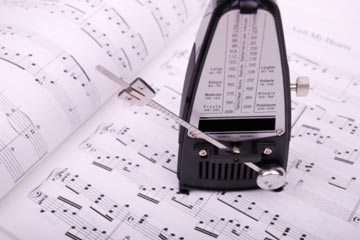 Need to keep better time? A metronome might help you out.
Hemera/Thinkstock

Peer in through the parlor window at a piano teacher's house on a Thursday afternoon in 1945. A young man sits at the piano bench practicing scales. Above them both, resting on the piano top, a metronome ticks and tocks back and forth, its pendulum scraping the air like a tireless windshield wiper.

Patented in 1815 by Johann Maelzel, the metronome is an instrument used to keep time for music. Maelzel's metronome used an escapement (think of the toothed wheel that makes a watch tick) to transfer power from a wound-up spring to a weighted pendulum. Each swing of the pendulum produced an audible tick, and users could adjust a dial to control the tempo of the ticking [source: Underwood].

Pretty soon after its invention, notable composers such as Ludwig Van Beethoven began including metronome markings (beats per minute notations) on their manuscripts [source: Rockwell]. Musicians had already adopted standardized symbols to indicate time signature, key, dynamics and note relationships. In the same way, metronome markings were a way for composers to communicate the tempo at which they intended a piece to be performed.

Think of a metronome as graph paper for the ears. By imposing a tempo grid over a piece of music, students are able to break down complex polyrhythms into smaller, more comprehensible sections. They can then practice these difficult passages at slower tempos, gradually increasing the tempo as their technique improves. The steady, constant ticking of a metronome also helps students identify when they're unconsciously speeding up or slowing down sections of music.

The first metronomes were spring wound and, like old watches, they tended to keep time poorly as the springs lost tension. Today's metronomes are more reliable. Some can even be programmed to play a variety of sounds, from conga drums to electronic cheeps and beyond. Head over to the next page to read all about how different kinds of metronomes work.

The Wide World of Metronomes 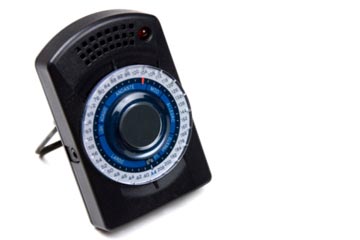 Most people think of a metronome as a blocky, pyramid-shaped contraption with a pendulum. Though these mechanical metronomes are still in use, the term metronome can also refer to any instrument used to keep tempo. Here are few different types of musical timekeeping devices:

From Beethoven to beatbox, just about every genre of music has used and benefited from the structure of a metronome. Still, some musicians wonder if using a metronome will make their playing sound mechanical or robotic. We address that concern after the jump. 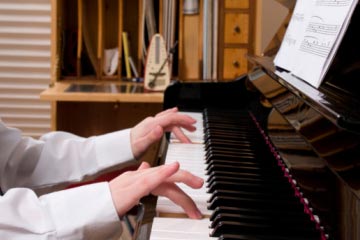 Metronomes sometimes get a bad rap. Composer and author Constantin von Sternberg says, "How any musician could play with a metronome, passes my humble understanding. It is not only an inartistic, but a downright antiartistic instrument." Sternberg, born in 1852, came into the heights of his career during a period when composers such as Luigi Russolo and Edgard Varèse were producing futuristic music containing gurgles, explosions and electronic sounds. In the company of such experimentation, it's not difficult to imagine why von Sternberg would be so quick to label the metronome as an impediment to musicality.

Other drummers disagree, though. The Killer's drummer Ronnie Vannucci says, "When I was in school, I spent a lot of time with a metronome. I learned how to use it but not let it hinder my musical sensibilities" [source: Micallef]. The general consensus seems to be that, yes, a metronome can make an unpracticed musician sound like a robot -- but it can also help turn a hard-working musician into a virtuoso. The more you practice with a metronome, the more fluid your playing will become. You'll learn to swing the beat, or to play slightly ahead of or slightly behind the beat without rushing or dragging the tempo.

Besides turning you into a superhero musician, there are other benefits to using a metronome or click track. Multi-instrumentalist Ryan Taylor wouldn't have been able to pull off his experimental Ultralap project without using a click track. Taylor spent a year trading lap steel parts, live drum loops, synth overlays and other bits of music recorded to click tracks with bandmates Stacey Cargal and Mitchell Sosebee. "We did it all using e-mail," said Taylor. "Because of the click track, we were able to arrange parts and build compositions in a non-linear way" [source: Taylor].

Whether you're using a click track to record music with a friend across the country or winding a pendulum metronome to work out the Suisse Orage passage in Liszt's "Années de pèlerinage," metronomes offer a sonic grid on which you can improvise and improve your playing.

Find related articles and lots more information on music and technology on the next page.