by Terri Briseno
Prev NEXT
5 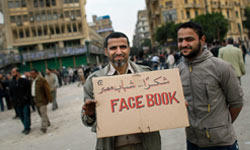 Young people have never before been so technologically savvy and interconnected, with so much time on their hands and so little money in their pockets, as they are now. There have always been disgruntled youth who fight the establishment and their parents for change and strike out against the old regimes in favor of new freedoms. But in the 21st century, a global recession, lack of opportunity and lack of hope for the youth are practically boiling over -- or, at least, are simmering and ready to explode.

People between the ages of 16 and 24, and ranging from the unschooled to those with doctorate-level educations, are coming up in a world where they may be stuck at home and without job prospects for years. All of this discontent may breed organized anarchy or rebellion in the form of technological or infrastructure sabotage, either physically or in cyberspace.