7 Ways to Get Rid of Unwanted CDs

Browse the article 7 Ways to Get Rid of Unwanted CDs 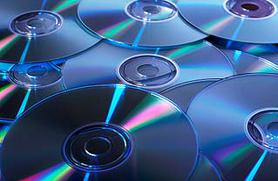 Recently, a commenter asked how could he get rid of his old CDs? Luckily, Planet Green had an article about reusing CDs, but it didn't have an article about other ways to deal with them. Well, now it does.

Why is this Green?

By selling your unwanted CDs to resellers, you decrease demand for the CDs. Therefore, new copies of the CDs won't have to be produced as often and materials will be saved.

See the next page for more ways to get rid of your unwanted CDs.

Like DVDs, you can sell CDs online. SecondSpin.com and CashForCDs are just two of the many online buyers available.

Trade/Sell Them at Your Local Record Store

Make sure to call ahead before you traipse on down to the record store. If you have a bag full of Vanilla Ice, Insane Clown Posse, Ninety Eight Degrees, Kings X and Ratt, there is a good chance that they will not buy or trade these from you. Don't waste gas. Call ahead.

Donate them to Charity

Invite your friends over to trade albums that they don't want any more.

The CD Recycling Center of America will take those CDs off of your hands and make sure that the materials get used again. Check out these further recycling tips from Treehugger's Eco-Geek.

Use a Pear to Erase a CD-R

One guy thinks that he can make a CD-R rewritable by soaking it in pear juice. He made a video. It seems like a long shot, but I don't have the time or materials (a pear) to try this right now, so I'll add it to this list in the hope that maybe there is some truth to this or that science can be advanced in some way by the video.