Browse the article 10 Educational Video Games Your Kids Will Love 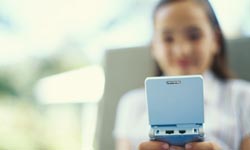 What are some of the best educational video games for your child?
Stockbyte/Thinkstock

If I told you that kids really like playing video games, you'd probably roll your eyes and tell me I'm stating the obvious. But if I explained to you just how much kids like games -- that a study by the Pew Research Center found that a staggering 97 percent of kids ages 12 to 17 play video games -- would that get your attention?

Sure, kids spend a lot of time in front of computers, TVs and handheld devices, and as a parent you probably worry that they're just scrambling their brains with all that gameplay. But it turns out that time spent playing video games can actually be pretty educational -- those word games and problem solving tasks they have to complete to get to the next level can really teach valuable skills. It's all part of a growing field of activities known as "edutainment," or education while entertaining. And while kids are having fun they're picking up problem solving, critical thinking, math, language and even science skills. Many games also help kids be more creative and develop social and collaborative skills through interaction with other players. In other words, video games can be educational in addition to being fun.

In this list we'll take a look at 10 video games that will not only teach your kids a thing or two, they'll love playing them!

Help the game's hero, Maxwell, complete his quest and collect little yellow stars called Starites in this word-based adventure game. Kids can flex their creative muscles as they solve each level using the powers of logic, language and problem solving. They pick the tools needed to complete the puzzle, and there's virtually no limit to what they can use.

In Scribblenauts, each level is an open-ended puzzle. The task can be as simple as collecting a Starite from a tree, or as challenging as traversing crocodile-infested waters and slipping past werewolves. If a rope would be helpful, just write the word "rope" and it will appear for Maxwell to use. How about a lamp or a bicycle? You can use those too. But you're not limited to simple objects like ropes or lamps. The Scribblenauts dictionary contains over 22,000 words, so if you think a lawn gnome, a stegosaurus, a blob or even a Swede will help Maxwell accomplish his task, then you can write those too and they will appear. You can even combine objects to achieve your goal -- whatever you can imagine comes to life on screen.

Scribblenauts is a great example of emergent game play, which is a lot like "choose your own adventure" to the extreme. In other words, the game's complexity changes based on the player's decisions, leading to an infinite number of gaming experiences that are limited only by your imagination.

Kids can engage in decision-making, planning, diplomacy, strategy and exploration with this in-depth civilization-building simulation game.

Accumulate resources in order to grow and develop your civilization, and if those resources aren't in your territory you'll have to negotiate and trade with other civilizations. Each thing you build -- granaries, factories, markets, banks, universities -- opens up new opportunities for development and advancement. Make important decisions about the focus of your civilization: Do you want to build up your military and be a nation of conquerors, or invest in scientific research and win the game through technological development? There are several ways to win the game -- military victory, scientific victory, economic victory or cultural victory -- and you decide the focus and results through the decisions you make and how you choose to allocate your resources. But don't forget to balance the needs of a growing society with your goal of winning the game!

Civilization is available for the PC or Xbox and is appropriate for kids ages 10 and up. 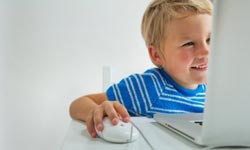 You can play some of the Magic School Bus games for free online through the Scholastic Web site.
Mieke Dalle/Photographer's Choice/Getty Images

Who says school's not fun? Certainly not Ms. Frizzle's students.

Join the eccentric Ms. Frizzle and her class as they take a trip on the Magic School Bus, engaging in a little bit of mischief and a whole lot of science learning. There's nowhere this bus can't take you -- explore the depths of the ocean, the surface of Mars, the diverse rainforest and even the complex human body in this entertaining and educational game series based on the popular television show and book series. Each game takes you on a learning field trip where you'll discover interesting facts, play science games and even conduct experiments to learn all about the place you're visiting.

Explore the world's oceans and waterways, learning about aquatic habitats and sea life. Your kids can become divers on an adventure with the L&L Diving Service that allows them to interact with -- and learn about -- all kinds of marine plant and animal life. Traverse the seas with unique and interesting characters, including a salty expedition leader, a brilliant scientist and a young, headstrong diver who's sure to lead you into mischief. Hunt for sunken treasure in the Manaurai Sea; explore underwater caves, trenches and even shipwrecks; discover lost civilizations; identify and learn about 300 aquatic animal species and collect sea creatures for your own virtual aquarium.

Endless Ocean and its sequel Endless Ocean 2: Adventures of the Deep are available for the Nintendo Wii. The games are targeted for kids ages 10 and up, and feature a two-player game mode so you can explore the deep blue sea right along with your kids.

What if kids could choose to play with their favorite animated characters, and they were guaranteed to be doing something educational, too? That's what the Leapster system is all about. The Leapster program isn't just a single game; it's an entire learning game system. It starts with the Leapster handheld game device, which is about the size of a Nintendo DS or a Sony PSP. With Leapster, kids can choose from a number of games featuring their favorite characters, like SpongeBob, Batman and Cinderella. All of the games are designed to be educational, helping kids ages 3 to 8 to develop math, reading and language skills. Math activities include learning about addition, subtraction and shapes. Reading games teach phonetic skills as well as sight words, vowels and consonants. The games even offer varying skills levels that adapt to your child's own learning pace.

Another interesting feature of the Leapster system is that you can connect it to a computer to download games, including starter games that teach shapes, numbers, colors, letters and memory skills. You can also monitor you kids' progress online through the LeapFrog Learning Path, which gives you progress updates on your child's learning development.

The Leapster system won a Parents' Choice Silver Honors award in 2008 as well as a Greatest Products Award from iParent Media.

Have DS, Will Travel

Handheld video game devices allow you (or your child) to take your games anywhere you go, like car trips, restaurants and any place where you have to kill time. Some handheld devices available today include the Leapster, the Nintendo DS, 3DS and Game Boy Advance and the PlayStation Vita and PSP. And let's not forget those smart phones and tablets!

Complete puzzles that teach problem solving, math, spatial orientation, logic and more to help Professor Layton and his apprentice Luke Triton solve exciting mysteries. Clicking on the characters you meet along the way reveals new puzzles and games, including logic problems, math challenges and even riddles. This game has a strong storyline that keeps you and your kids entertained and engaged while you collect clues and unravel the mystery along the way. 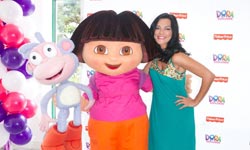 Even if you're not a parent, there's a good chance you've at least heard of Dora the Explorer. With a popular TV show, toy line, book series, video games and even a traveling show, Dora and her group of goofy animal pals are everywhere, taking fun and learning wherever they go.

In the video games, just like the TV show, kids are invited to follow Dora and her friends on an adventure with an ultimate goal in mind. Follow maps, solve problems, learn new words and facts and have lots of silly fun along the way. Help Dora complete activities and adventures while learning about shapes, colors, numbers and words (both Spanish and English). But the game takes the show one step further by allowing kids to interact directly with the characters.

Simple, easy-to-follow instructions make this an easy game for kids ages 3 to 6 to pick up and play. The best part is that the Dora games aren't limited to a single gaming system. You can get Dora the Explorer games for the Nintendo Wii, DS and Gameboy Advance, the Sony PlayStation and even your PC.

While lots of games can mask their educational content behind fun story lines and silly characters, Big Brain Academy turns learning itself into a fun challenge. Logic, math, analysis and memory skills are all developed with activities and games to train your brain every day. The more you play, the better you get; and the better you get the heavier your brain becomes!

Big Brain's games are grouped into five categories based on the skills you're building: think, memorize, analyze, compute and identify. You can practice, practice, practice, but the ultimate challenge comes when you take the test to determine your brain weight. Not satisfied with your score? Then keep practicing and try again! You can compete against your own best scores or even challenge friends and family to see who has the heaviest brain.

Big Brain Academy is available for the Nintendo DS and is suitable for ages 3 and up, but can be just as fun for grown-ups as it is for the young 'uns.

With LittleBigPlanet for Sony PlayStation 3, kids can build their own worlds and manipulate everything in them, developing logic, problem solving and spatial orientation skills in the process. It all starts with Sackboy, the game's playful main character who looks like a crocheted hacky sack with arms, legs and shiny black button eyes. You can customize him to look like whatever you want, adding goofy clothes or hairstyles to suit your taste.

Playing the game's levels teaches you how to build in, and manipulate, the LittleBigPlanet environment through a series of problem-solving activities and challenges. When you've completed the training activities, you can let your imagination run wild -- building and creating anything you want on your very own "patch" of virtual land. Then, when you've created the perfect location, you can share your creations with the LittleBigPlanet community online so others can explore and enjoy it too.

The PS3 version of LittleBigPlanet is designed for kids ages 7 and older.

LittleBigPlanet was part of the Educate to Innovate campaign introduced by the White House in 2009 to teach kids science, technology, engineering and math skills outside the classroom. The Digital Media and Learning Competition, funded by the MacArthur Foundation, challenged participants to create game levels to teach those skills.

For more about games, kids and learning, take a peek at the links on the next page. 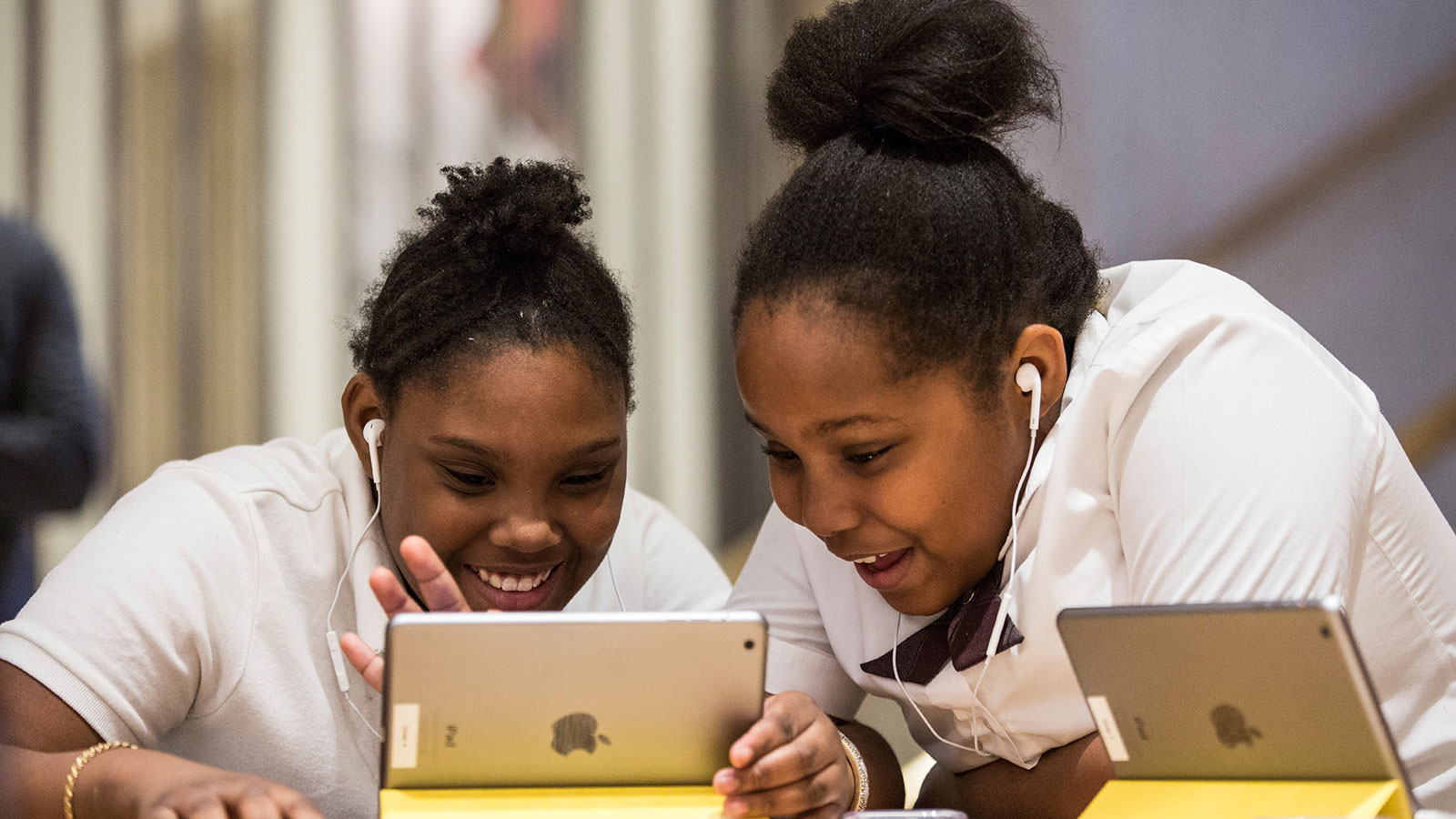