To some people, the rise of sit-down technology seems to have led to a rise in obesity.
©iStockphoto.com/Fertnig

There's no question obesity has become a major health threat in the United States -- and with some recent studies showing one in three children to be obese, the problem clearly isn't going anywhere. The culprits appear to be many: fast-food availability, a correlation between low food prices and low nutritional value, decreasing physical activity among school-age children, and even a possible genetic link.

More and more people, though, are wondering if there's another, less obvious contributor to childhood obesity trends: technology. Can cell phones, video games and 600 television channels be making kids fat?

To some, it makes perfect sense. Sitting on a couch for six hours pressing buttons isn't burning a whole lot of calories. To others, though, it also rings of nostalgia-driven technophobia: "Kids these days and their video games. When I was young ..."

Well, as it so often turns out, what's crotchety may be at least a little bit right.

That TV might be bad for you is not a new sentiment. People have been blaming it for various ills (eye problems, stupidity) for decades. But this appears to be something different -- something larger. Linking technology with childhood obesity seems to question whether the overall direction we're taking as a society is leading to health problems that begin so early, they're starting to seem ingrained.

It's a dark thought.

And it's one that calls for clarification: Which types of technology are we talking about here? Certainly not pacemakers, airplanes and artificial limbs. "Technology" in many forms is almost inarguably positive.

The technologies that many believe are contributing to childhood obesity are the ones that encourage people to be still. For hours. Or days. They're the ones that have all but replaced games of neighborhood tag -- things like texting, watching television, surfing the Web and playing video games.

It's tough not to see the connection. When kids in the '70s got bored, it was "go outside and run around" or, um, nothing. With so many in-home, non-active options available now, many kids don't bother to go outside, and lots of parents are so busy they just don't have time to schedule active play or drive their kids to soccer practice across town. So we're left with a lot of elementary, middle and high school kids spending most of their after-school time on the couch.

There's no arguing with the physical results of a largely sedentary, "technology"-heavy lifestyle, and some research backs up the common logic with science. A 2004 study of 872 Swiss children found that for each hour spent regularly watching TV or playing video games, a child's obesity risk doubled.

The connection is there, and that kids (and adults) would be healthier if they spent more time moving and less time sitting is simple fact. But it may not be as simple as video games equal obesity. In fact, a more recent study found that the games aren't even the issue -- that it's really just TV shows. And yet another study found it's not TV, but video games.

And then, too, going back to the Swiss study, there were other factors involved in the results, including mom working outside the home and dad being a smoker.

So the link, while undeniable, may not be cut-and-dry. What's the other side of the technology-obesity debate?

Here's the thing: Technology is one of those neutral categories that can go either way depending on how you use it (and whose hands it's in). For instance: video games for training surgeons in hand-eye coordination? Good. Video games for wiling away the hours that may otherwise be spent playing after-school sports, organizing neighborhood games or just plain running around? Not so good.

That's one problem with the "technology equals obesity" claim. Another is that technology simply does not exist in a vacuum; it's subject to the same forces that drive modern society in general. Junk-food-manufacturers have latched onto social-networking sites, video games and cell phone apps as ideal vehicles for their high-calorie, high-fat messages, and researchers have found these marketing approaches to be even more effective than kid-targeted TV commercials (which are pretty darned effective).

This underscores one of the issues that complicates the matter. Childhood obesity is not only about a lack of exercise; it's also about an excess of fat and calories. It's tough to talk about weight problems without addressing poor eating habits, too, and those result from a whole slew of triggers, including not only marketing, but also a lack of knowledge on nutritional matters, a lack of time to make (or even seek out) high-quality meals, and the inescapable draws of fast food -- ease, low cost and (for many people) pure deliciousness.

What's the solution, then, to this complex problem? Well, it's complex, but in a word: parents. As with so many other childhood ills, it ultimately falls to the parents or guardians to dictate the rules. Experts recommend no more than two hours of sedentary "technology" use per day, and other experts call for at least 30 minutes of exercise five times a week. Making this a priority, and educating kids to the reasoning behind it, is at least a start toward reversing a health issue that really does threaten to ingrain itself in our culture.

For more information on kids' health, obesity and related topics, check out the links on the next page.

It's Not All Bad

Game systems and components like the Wii and the Kinect have developed many applications that actually encourage physical activity, including sports, fitness and dancing games.

Up Next
Seniors May Be As Hooked to Smartphones As Their Grandkids
What does smartphone addiction look like in an older person? Read this HowStuffWorks article to find out.
Explore More 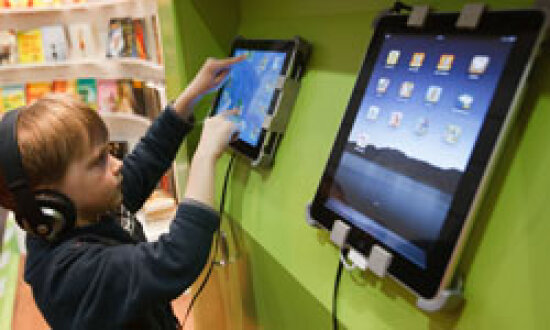 How is technology helping military families? 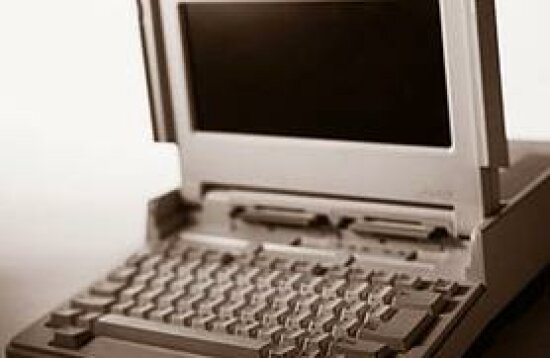