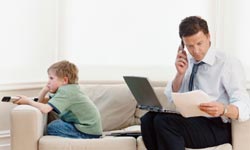 Is technology taking over your family time?
Digital Vision/ Photodisc/Thinkstock

Family dynamics have been challenging since the first teenage cavegirl rolled her eyes, telling her mom "ugh." Today's lingo is LMAO, TTYL, BFF, OMG, and L8R; and kids aren't the only ones doing it. Add Facebook, DS, Wii, iPad, and Twitter to the vocabulary, and the nuclear family is virtually unrecognizable, pun intended.

Like it or lump it, technology is in our world, and members of Generations Y and Z don't know life without it. According to 2011 Nielsen statistics, teenagers send and receive around 3,700 texts a month - that's about 125 a day!

Before your head stops spinning, assume that some of those 3,700 texts are to family members. Even the Evil Technology Giant has its benefits. To name just a few:

However, there's no doubt technology within family life has its conflicts. And the conflicts have only increased as the Internet and social media have joined distractions such as TV, the cell phone and the computer. Read on for five major negative effects and how you can manage these challenges. First up, hitting the books!

Kids who get too much "screen time" -- through watching lots of TV, surfing the Internet and playing video games -- tend to perform poorly at school. Researchers have found the brain releases dopamine, a chemical related to attention and focus, when kids watch TV or play video games -- something that gives the child a "stimulus surge." With too much screen time, kids get desensitized and can't focus on something like a book without that super-stimulating effect.

Another study examined boys aged 6 to 9 and the relationship between video games and their declining reading skills. The boys didn't seem to have any underlying reading problems; researchers speculate that their desire to play video games just surpassed the time they devoted to reading and writing, bringing down their abilities.

So, what's a parent to do, especially with computers a part of school curriculum these days?

Between responding to e-mails during kids' activities, texting at meals, and constant phone time while driving, parents use technology almost as much as teens. This dynamic creates feelings of jealousy and distress in children since they now have to compete for both their parents' time and focus.

The family dinner is a perfect example of technology affecting quality time. Traditionally a haven from the outside world and a chance to reconnect, today's dinner is often a frenzied event where members tend to be distracted during the meal by the computer, cell phone or TV. Or they can't wait to finish to get back to these devices. Often, parents are just as guilty as their kids.

Here's an alarming fact: A group of children, aged 4-6, were asked whether they'd want to watch TV or hang out with their dad. Dear old dad lost out! According to an A.C. Nielsen report, 54 percent of kids preferred to spend time with the TV. It's a sad commentary when Bakugan or Barney, however educational, wins out over quality time with a parent, especially for young children who think their parents are still "cool."

So what's the answer? Schedule one-on-one time with children and take family dinner hour seriously. One mother insists that all family members put their electronic devices in a basket when they come through the door and retrieve them only after dinner is over.

Family Dinner: Good for your Heart and Head

Dinner is usually when people eat most of their daily veggie requirements, so it's usually more heart-healthy than other meals. But did you know it's also good for your noggin? According to a Psychology Today article, these get-togethers help strengthen the brain's frontal lobe, the area that deals with high mental functions. Family dinners also help alleviate daily stress everyone has, shielding the parts of our brain that deal with emotion and memory. 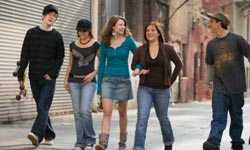 Make sure your teen is spending time with friends in reality as well as virtually.
Jupiterimages/Brand X Pictures/Thinkstock

A benefit of a family is that children learn the give and take of society -- how to interact with other people, the importance of the individual and the group, and how to communicate. However, with the inundation of technology in all facets of life, parents run the risk of raising a generation who can't relate to other people.

Children with unlimited gaming, computer and TV time may not get enough interpersonal face-to-face interaction needed to develop proper social skills. A Wall Street Journal article called this "silent fluency," the ability to read cues like tone, body language and facial expressions. E-mail and texts don't convey empathy, tone or subtext the way face-to-face or phone conversations do. While the effects are still being quantified, the digital generation is at risk to lose their silent fluency abilities.

Larry Rosen, a well-known psychologist, has studied the psychology of Facebook interaction and feels that while it can be good practice for introverted kids to get comfortable talking to peers, it is no substitute for real-world interaction. "Our study showed that real-world empathy is more important for feeling as though you have solid social support," he writes. "Although those who had more virtual empathy did feel more socially supported, the impact was less than the real-world empathy."

So, if your child seems to spend most of her time on social media or texting, encourage her to talk to or make plans with friends. Or at least, with you.

Once upon a time, a family's biggest technological nuisance was the phone ringing during dinner or late at night. Twenty-four hour TV programming, the Internet and cell phones didn't permeate the inner sanctum of the home. School stayed at school, work stayed at work, and those boundaries weren't crossed except in an emergency.

That was then; this is now. For adults, work doesn't end just because you leave the office; in fact, companies equip their people with smart phones and laptops so employees are accessible 24/7. Physicians are used to getting emergency calls, but now there are insurance emergencies, technology emergencies, sales emergencies, accounting emergencies and the list continues.

Likewise, schools send out e-mails – announcements about homework and events -- so kids are getting "business" as well as social messages when they're at home.

Once the walls between home and the outside world come down, it's hard to build them back up again. But, you can make it better. It goes back to setting limits; your child's social life won't implode if she doesn't answer 50 texts that night. Also, minimize the double standard. If you limit screen time for kids, do the same for yourself. You don't want to lose your job over it, but consider how much work you do at home because you "have to" versus what you do because you can and your computer's right there. 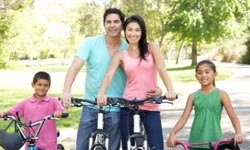 Don't just send your kids outside to play -- join them from time to time!
iStockphoto/Thinkstock

More than ever before, parents have to encourage, coax or even force their children to get outside and play. Kids spend more time inside because of school, homework, working parents and other factors dictating their schedules, but when they have free time, how do they spend it?

Author Richard Louv coined the phrase "nature deficit disorder," describing the younger generation's disconnect with nature. How often do you see kids playing in the woods, building forts or rolling down grassy hills? A University of Michigan 2004 study said kids play outside two hours less a week than two decades ago, choosing instead to spend the extra time watching TV, on the computer, reading or just doing nothing.

Technology isn't exactly great for our health either. In 2004, the Center for Disease Control and Prevention said childhood obesity had tripled since 1980 in the U.S.A. One of the most technologically advanced countries also has one of the highest shares of obese people in the world -- not a correlation of which to be proud.

However, parents can manage their kids' "inside" time much like their screen time. Schedule outdoor time, and stick to it. If it's pretty, get them outside. And from time to time, go with them for a bike ride or a walk. Sending your kids outside while you sit inside and text or send e-mails just "sends" the wrong message. 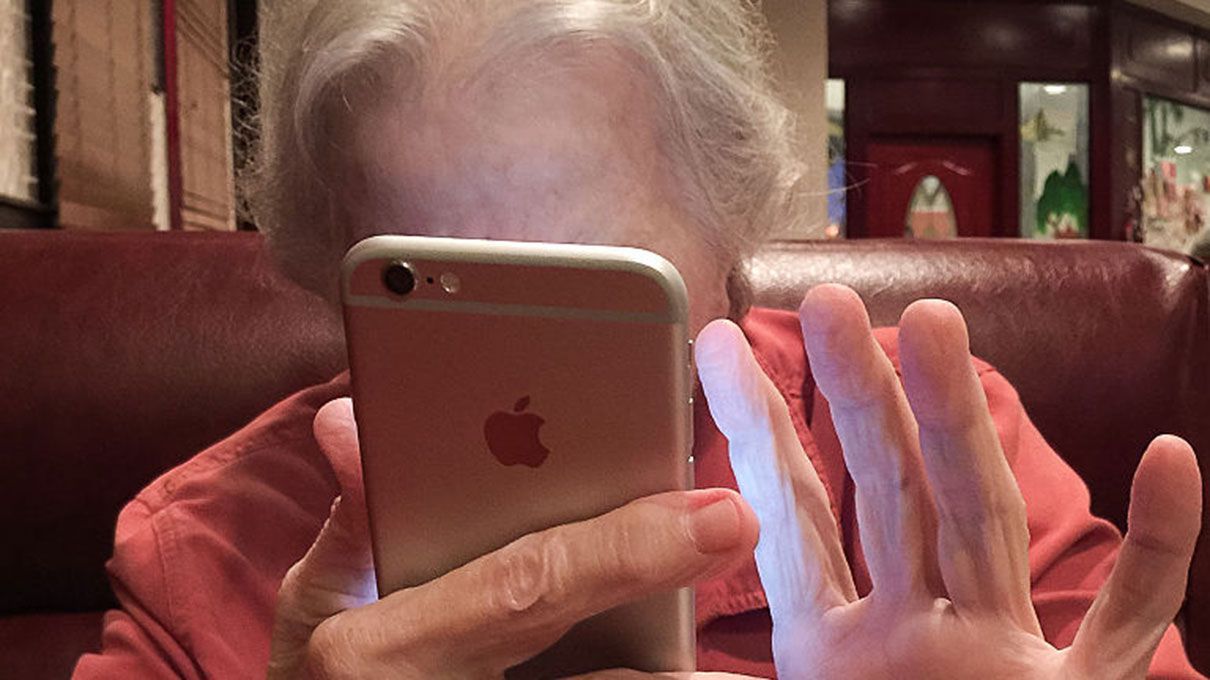