by Jesslyn Shields Oct 9, 2017
A recent study details a new method for locating lithium in lake deposits from ancient supervolcanoes, such as those found at Crater Lake in Oregon. Jordan Siemens/Getty Images

We've just got to stop using so many fossil fuels; they're ruining everything. And while there is no silver bullet to dispatch all our climate problems, electric cars could be one way we can begin to cool it on the carbon dioxide emissions. But in order to make electric cars, we need to make electric car batteries that can store enough energy to run a car. And for that, we need lithium.

But the problem is, this light, silvery metal is becoming increasingly hard to come by. Most of the world's lithium supply comes from igneous rock deposits in Australia and salt flats in Chile. But as we continue mining those deposits to power our cellphones, laptops and power tools (and to manufacture things like nuclear weapons and psychiatric drugs), the possibilities of what we can do with lithium-ion batteries becomes more limited. We can't use what we can't find.

Scientists have identified around 30-40 supervolcanoes globally, six to 10 of which are potentially active. Samosir Island, pictured here, sits within Lake Toba, a lake occupying the caldera of a supervolcano in Sumatra, Indonesia.
laughingmango/Getty Images

But a recent study published in the journal Nature Communications suggests that researchers from Stanford University and the U.S. Geological Survey might have found a new source of lithium in North America's supervolcanoes.

Sounds exciting! But what does that mean?

Supervolcanoes are volcanic features whose eruptions can be up to 10,000 times bigger than your average volcano in, say, Hawaii. They spew magma up to 240 cubic miles (1,000 cubic kilometers) in all directions and create massive calderas — giant holes that gradually fill up with water over time. Crater Lake in Oregon is a great example of one of these lakes formed by a super-eruption that happened thousands of years ago. How does this potentially help us make batteries? Over tens of thousands of years, lithium from the volcanic deposits leeches out of the water that fills the basin, and the metal settles to the bottom, forming a clay called hectorite.

The research team looked at samples of rock from caldera sites in Nevada, Wyoming and Colorado, even comparing samples from similar sites in Mexico and Sicily, to determine exactly how much lithium we could expect to squeeze from an ancient supervolcanic rock. According to the researchers, the prospects are good.

"If you have a lot of magma erupting, it doesn't have to have as much lithium in it to produce something that is worthy of economic interest as we previously thought," said co-author Gail Mahood, a professor of geological sciences at Stanford's School of Earth, Energy & Environmental Sciences, in a press release. "You don't need extraordinarily high concentrations of lithium in the magma to form lithium deposits and reserves."

Which is super, because lithium might be essential to humanity's energy future, and domestic sources of lithium could benefit the United States.

"We're going to have to use electric vehicles and large storage batteries to decrease our carbon footprint," Mahood said. "It's important to identify lithium resources in the U.S. so that our supply does not rely on single companies or countries in a way that makes us subject to economic or political manipulation."

Have Most Plastic Surgeons Had Surgery Themselves? 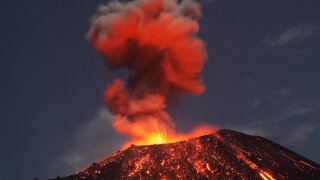 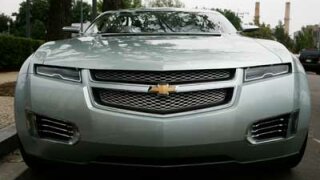 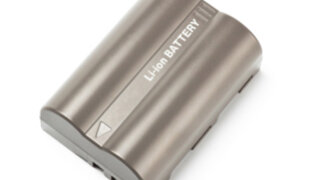