As children playing hide and seek, there seemed to be so many places where we could hide and never be found. With the world bec­oming ever smaller through technology, hiding is increasingly difficult. Cameras peer down on us at red lights, in our workplace, in stores and even at home. Now, those cameras are being augmented by new technologies that track our cars, cell phones and possibly any product we buy.

This location-tracking technology also is being used to streamline supply chains for corporations, seeking to move products to the market faster, and to monitor assets and prevent inventory loss.

­Soon, companies also will be able to track your location. Imagine walking through your local supermarkets, and as you pass through the aisle, an electronic coupon for your favorite cereal is beamed to your phone.

However, many privacy advocates are worried about the implications of these new surveillan­ce systems. Such technology means that marketers and others could know your whereabouts at any time.

­ Location tracking is not one, single technology. Rather, it is the convergence of several technologies that can be merged to create systems that track inventory, livestock or ­vehicle fleets. Similar systems can be created to deliver location-based services to wireless devices.

Current technologies being used to create location-tracking and location-based systems include:

­ Any location tracking or location-based service system will use one or a combination of these technologies. The system requires that a node or tag be placed on the object, animal or person being tracked. For example, the GPS receiver in a cell phone or an RFID tag on a DVD can be used to track those devices with a detection system such as GPS satellites or RFID receivers.

In the next section, we'll take a look at how location tracking can be used to streamline supply chains and track fleets of trucks, ships and planes.

­Companies are finding location-tracking technologies ideal for better managing inventories or fleets of vehicles. Knowing the exact location of each piece of inventory helps to control the supply chain and saves money by not losing those assets that are in transit. Companies, such as retailers, must consider how to track inventory across a wide area, either country or state, and in a smaller area, such as the warehouse or store.

On a large scale, companies must track their vehicle fleets across the country or the world. GPS is the ideal tracking technology for tracking over large areas. To do this, every vehicle needs to be equipped with a GPS receiver. As the vehicle crosses the country, the GPS satellites track the truck's position. With GPS, the operator can request positioning at anytime. However, GPS is limited in smaller areas or indoors.

A good example of where GPS would not be suitable for tracking items is in a warehouse or hospitals. The accuracy provided by GPS is not sufficient for such a small scale. Consider all of the medical equipment, wheelchairs, gurneys and even patients that need to be tracked. GPS is not a practical or cost-effective solution.

­For smaller areas, companies and healthcare organizations would likely use a network of RFID tags and readers to monitor the location of assets or inventory. A wireless LAN also would be more suitable. In such a system, each asset would be tagged with an RFID tag, and readers would be placed in strategic locations to be able to accurately read those tags within a matter of inches. A hospital worker would be able to find the exact room a wheelchair is located and retailers would be able to locate an item on any given shelf.

Another example of how this technology is already being deployed is in tracking children in some amusement parks. A child can wear a wristband with an embedded RFID tag. Park staff can track that tag through location receivers positioned around the park. One system in use at Legoland in Denmark even allows for the tag identification number to be registered with the parents' mobile phone.

Location tracking isn't limited to just allowing an organization to know where its assets are, these technologies also will help retailers and marketers find you to better target their key markets. In the next section you will learn about location-based services being deployed by wireless service providers.

Currently, the most recognized location-based service is the navigation systems found in many new cars. As these technologies advance, it will be easier to find the services you are looking for. For example, if you are looking for an ATM, you just ask for it and the system gives you the location and directions. Other services include traffic advisories and roadside assistance.

On a smaller scale, wireless LANs will be set up in malls and other areas of commerce to locate wireless devices equipped to receive messages. Here is where retailers can send coupons or other offers to your cell phone as you walk through their stores. Shoppers will likely have the choice to opt out of these services.

The success or failure of location-based services largely depends on the roll out of E911 Phase 2 deployment, which is requiring wireless service providers to more accurately locate cell phones in case of emergencies.

­ In America, we learn from an early age to call 911 when there's an emergency. When we dial 911, the ­call is automatically forwarded to a public-safety answering point (PSAP), also called a 911 call center. When the call is answered, the 911 operator is provided with automatic location information (ALI), pinpointing the exact position of the call. Today, many areas also have Enhanced 911 (E-911), which allows a PSAP to determine the general location from where the call originated, but cannot yet pinpoint the location.

According to the Cellular Telephone Industry Association (CTIA), 150,000 emergency wireless calls are made in the United States each day. The government has stepped in to ensure that E-911 capabilities are improved. New technologies being developed by wireless service providers at the demand of the Federal Communications Commission are expected to enhance the location-finding ability of E-911 to locate the exact position of a wireless emergency call.

Without Phase II, a caller's location can only be narrowed down to the cell from which the call originated. When Phase II is implemented, a cell-phone user's phone number, or Automatic Number Identification (ANI), and the address and location of the receiving-antenna site will be sent to the E-911 Tandem, the switch that routes 911 calls to the appropriate PSAP based on the ANI-defined geographic location. Once the caller's voice and ANI are transferred to the PSAP, the PSAP operator will be able to view a graphic display that shows the longitude and latitude of the person as accessed through GPS satellites. The operator's computer will link to the ALI database, which stores address data and other information.

The implementation of Phase II technology introduces new commercial opportunities. As mentioned in the previous section, location-based services will leverage the infrastructure of E-911 technology to deliver commercial services to phones, including advertising. These new technologies also create concerns over privacy, which we will examine in the next section.

On February 16, 1968, Alabama Senator Rankin Fite made the first 911 call in the United States in Haleyville, Alabama. The Alabama Telephone Company carried the call. A week later, Nome, Alaska, implemented a 911 system. In 1973, the White House's Office of Telecommunication issued a national statement supporting the use of 911 and pushed for the establishment of a Federal Information Center to assist government agencies in implementing the system.

Have you ever wondered why 911 was chosen as the universal emergency code in the United States? Prior to the 1960s, there was no universal number to call for emergency help. In 1967, the Federal Communications Commission met with AT&T to establish such a number, according to the National Emergency Number Association (NENA). But why did they choose 911? Why not 422 or 111?

There are several reasons why 911 was chosen. It's a short, easy to remember number, but more importantly, 911 was a unique number -- it had never been designated for an office code, area code or service code.

­ The words location tracking can lead many to worry about privacy. Some may worry about the government knowing t­heir whereabouts, stalkers spying on them or even a spouse monitoring their movements. Although the technology could allow anyone to find you at any given moment, measures are being taken to prevent this kind of abuse.

Wireless companies are ensuring consumers that federal law prevents these scenarios from happening. In 1999, the U.S. Congress amended the Communications Act of 1934 to include a privacy provision by adding section 222, which states:

This provision is intended to protect consumers' information from being given out. However, consumers must decide how much privacy they are willing to trade for the conveniences and benefits offered by location-tracking technology. 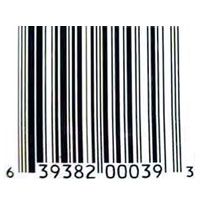 Up Next
­How UPC Codes Work
Explore More 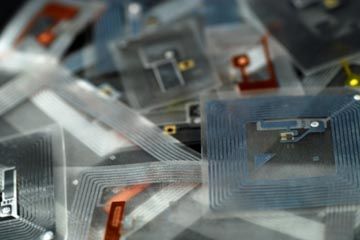 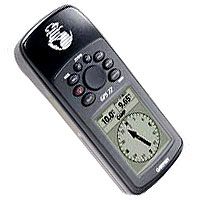