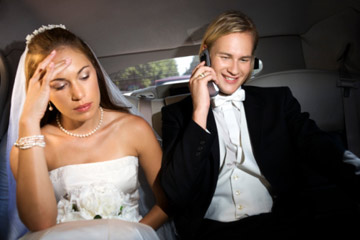 Thousands of years ago, humans communicated only through spoken languages. Communities were small and mobile. Gradually, people developed writing, creating a more permanent form of communication. As a result, folklore and oral tradition transitioned into literature. At the same time, humans stopped roving as hunter-gatherers and began settling in towns and cities. The invention of written language helped people keep a record of their culture and history even as their society became more complex.

Today, we have more ways to communicate than in any other period in history. We can dash off an electronic message to people living on the other side of the planet -- or even out in space! Communication is practically instantaneous as if you were speaking to someone in person. But has digital communication changed how we behave?

In some superficial ways, the answer is clearly yes. Just a few decades ago people didn't carry phones with them wherever they traveled. Today, owning a cell phone is common in many countries. And cell phones have evolved since their invention. While early cell phones were only good at making calls, today's phones can text, surf the Web and run applications on top of basic phone service.

Even though cell phones have only become popular over the last couple of decades, we've already seen consumer behavior change as a result. The rise in popularity of SMS messages -- better known as text messaging -- has overtaken voice calls [source: Reardon]. The United States Census Bureau estimated the total number of text messages sent by U.S. citizens at around 110 billion [source: U.S. Census Bureau].

Social networks have made a big impact on behavior as well. A survey by Prompt Communications in 2009 found that more respondents used Facebook to stay in touch with friends and family than e-mail or SMS messages.

But will digital communication change behavior beyond how we choose to send and receive messages?

Learn more about digital communication and other subjects by following the links on the next page.

Running While Female: Safety Apps and Tech
Wisconsin Company Encourages Employees to Become Cyborgs
Virtual Reality Arcades Are Getting Real in the U.S.