RPI's battery is paper-thin, can be cut into a variety of shapes
­Credit: Image courtesy Rensselaer/Victor Pushparaj

­Batteries­ are pr­actically essential devices but present a whole ho­st of problems. Over time they can have trouble retaining a charge. Some stop working altogether. Others overheat or leak or even explode. They're also rigid and sometimes bulky. Then how about, instead of your standard AA or lithium-ion, a flexible, incredibly thin battery that could be powered by blood or sweat? Seems like an improvement, right?­­

­A group of scientists at Rensselaer Polytechnic Institute claims they've created just such a battery, one that uses the electrolytes naturally found in bodily fluids. The results of the research, detailed in the Aug. 13, 2007, issue of the Proceedings of the National Academy of Sciences, are generating some excitement as part of a new crop of "bio-batteries" that run off of bodily fluids or other organic compounds. (The RPI team claims that theirs could even run on tears or urine.)

The battery is not only as thin as paper; it essentially is paper. At least 90 percent of the battery is made from cellulose, which makes up traditional paper and other paper products [source: RPI]. Aligned carbon nanotubes make up the other 10 percent, give the paper its conductive abilities and also make it black. The nanotubes are imprinted in the very fabric of the paper, creating what's called a nanocomposite paper. One of the paper's authors said that the battery "looks, feels and weighs the same as paper" [source: RPI].

Using nanotechnology, the battery's small size, flexibility and replenishing electrolyte source -- that is, as long as you eat -- make it ideal for medical applications. When using the battery away from the human body, scientists soaked the paper in an ionic fluid (a salt in liquid form), which provides the electrolytes.

­The battery's paper-like construction grants it significant flexibility. The RPI research team believes that the battery could, in the future, be printed in long sheets, which could then be cut into small, custom-shaped batteries. The nanocomposite paper can have holes poked in it or be cut into unusual shapes and continue to function. Several sheets could be lumped together to power medical implants, such as pacemakers, artificial hearts or advanced prosthetics. The battery would easily fit under the skin without causing any discomfort.

Because the ionic liquid used doesn't freeze or evaporate like water, the battery could be employed at a wide range of temperatures: from -100 degrees Fahrenheit up to 300 degrees Fahrenheit. Its temperature resistance and light weight mean that manufacturers of automobiles and airplanes -- both of which require light, durable materials -- may come calling.

The researchers behind the battery claim that their device is unique because it can act "as both a high-energy battery and a high-power supercapacitor" [source: RPI]. ­Supercapacitors allow for large, quick bursts of energy, potentially extending the technology's already wide range of applications.

The battery, which is considered environmentally friendly because of its lack of chemicals and high cellulose content, was announced in the summer of 2007, but it may be years before it's ready to stream off production lines in long sheets. The RPI research team says that, in the meantime, they're trying to boost the battery's efficiency and to figure out the best method for production. 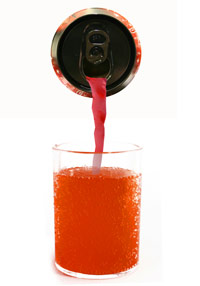 For more information about bio-batteries and other related topics, including some of the many types of batteries, please check out the links on the next page.

What if I accidentally zapped someone with my stun gun?
Consumer Electronics Show 2007
How to Know What F-Stop to Use