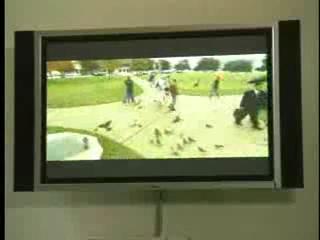 LCD (light crystal display) technology was first developed in 1904 and was mostly used to display numbers on digital calculators, watches and alarm clocks. Plasma technology came into existence in 1998 to enable the sporting events of the Winter Olympics in Nagano to be seen on larger screens than CRT (cathode ray tube) televisions. While LCDs were originally created for static displays of numbers, plasma screens were intended for showing action footage. While you can get good-quality TV LCD or plasma screens, there are some differences between them.

According to Panasonic, who manufactures both LCD and plasma TV screens, plasma screens are better for larger screen sizes (more than 42 inches or 106.7 cm). In addition, due to the different technology used in each type of screen, plasma screens are more suitable for the subdued lighting in a living room, while LCD screens do fine in a well-lit kitchen. Advantages of LCD screens are that they usually have better resolution, they're more energy efficient (sometimes using half the power of a plasma screen), and they're lighter, making them more portable than plasma screens. In addition, if an image remains on a plasma screen for a relatively long period of time, it can get burned onto the plasma screen, and it can take a few days until the image fades away, something that rarely affects LCD screens.

The advantages of plasma screens are that the colors are more vibrant, the blacks are deeper, and even viewers sitting at extreme angles can still see a decent picture. While plasma screens used to do better than LCDs in terms of fast-moving images not producing a blur, it seems that LCDs are starting to improve in this area. While plasma screens usually cost less than LCDs, the quality of the screen and its size affect this generalization. Try to view different models of plasma and LCD screens to determine which is right for you before making a purchase. 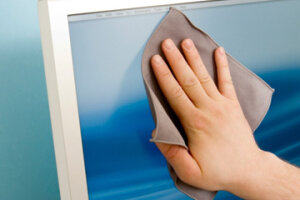 How to Clean an LCD Screen

How to Tell the Difference Between Plasma and LCD