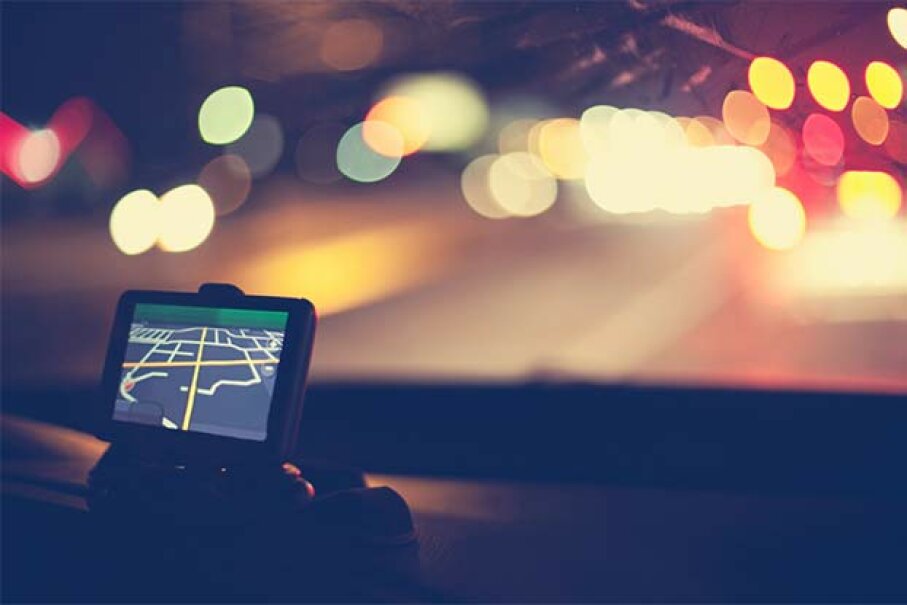 A GPS device can help us find our destination correctly but that's just the beginning of what this technology can do. R Newlson/Moment/Getty Images

When GPS was invented for military use, the designers could scarcely have imagined some of the applications civilians would eventually come up with for the technology.

The Global Positioning System (GPS) is a satellite-based navigation system, a network of two dozen orbital spacecraft that was put in place between the late 1970s and the mid-1990s by the U.S. Dept. of Defense [sources: Garmin, GPS.gov]. But the Pentagon soon allowed civilians to take advantage of the system's ability to pinpoint precise locations. Today, GPS-equipped gadgets -- from those cheery talking maps mounted on our dashboards to chips in our smartphones that help us to find nearby restaurants -- have become a part of our everyday lives.

And those uses were just the beginning. The real transformational power of GPS is evidenced by the myriad offbeat uses that people have dreamed up for it. Grocery retailers use GPS-equipped shopping carts to track consumers' movements inside supermarkets, to scrutinize their shopping habits [source: Lindstrom]. Farmers use GPS tracking to determine which areas of land need to be fertilized [source: Crop Nutrition.com].

Here are 10 of the more unconventional uses for GPS technology. 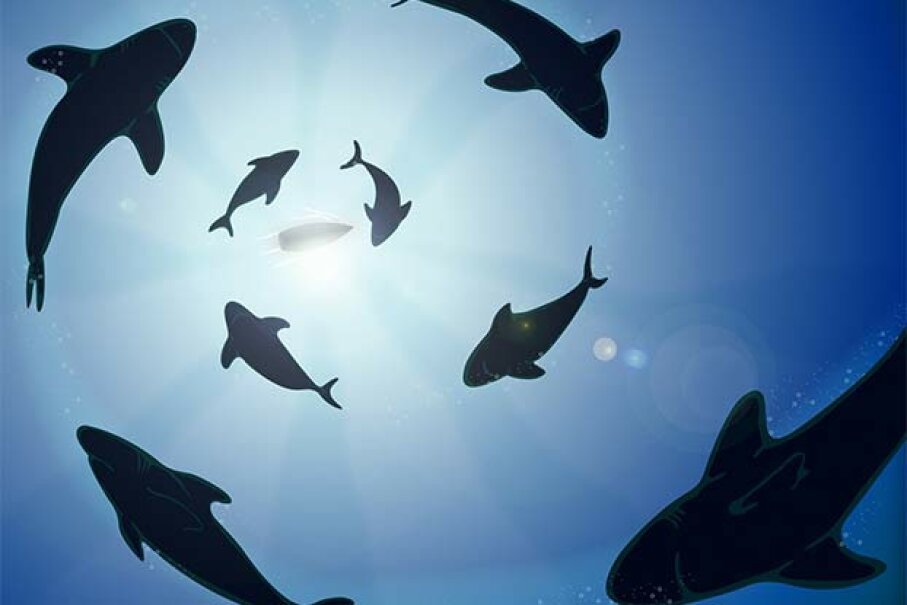 When a shark tagged with a GPS device gets too close to shore, an alarm is sent to lifeguards on duty. David Fairfield/Phtodisc/Thinkstock

Ever since the movie "Jaws" came out, beachgoers have been terrified by the idea of a great white shark showing up and taking a bite, even though such attacks actually are rare [source: Lee]. But hopefully it will ease their minds to know that nearly 50 big sharks have been tagged with GPS devices, so that an organization called OCEARCH can pinpoint each of their locations at any given moment.

When the sharks get close to shore, an alarm is sent to lifeguards, who then tell people to get out of the water. But the tagging also is yielding new information about the mysterious species' movements and behavior. For instance, researchers have learned that sharks don't only stay in cold water, as expected; some go as far the Gulf of Mexico in the summer. You can track the movements of the tagged sharks by going to the OCEARCH website [sources: Mearian, LiveViewGPS.com]. 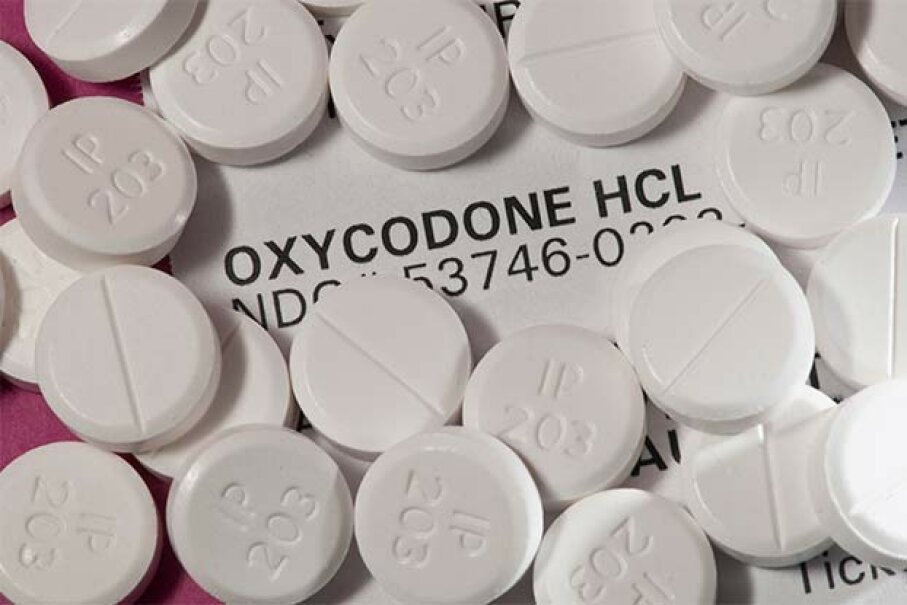 Robbers and burglars have been targeting drugstores in an effort to obtain oxycodone, a powerful and addictive painkiller popular on the black market for non-medical use and sold under brand names like OxyContin. In an effort to thwart drug thieves, New York City police came up with a technologically advanced variation on exploding dye packs that are attached to cash banks hand to robbers. The police stocked pharmacies with decoy oxycodone bottles concealing GPS tracking devices, which detectives use to track criminals.

The bottles are weighted and rattle when shaken, so that thieves won't recognize that they contain trackers. "We would anticipate the burglar and robber will take numerous bottles, and among them will be the bait bottle," the police department's chief spokesman, Paul J. Browne, explained to the New York Times in 2013. 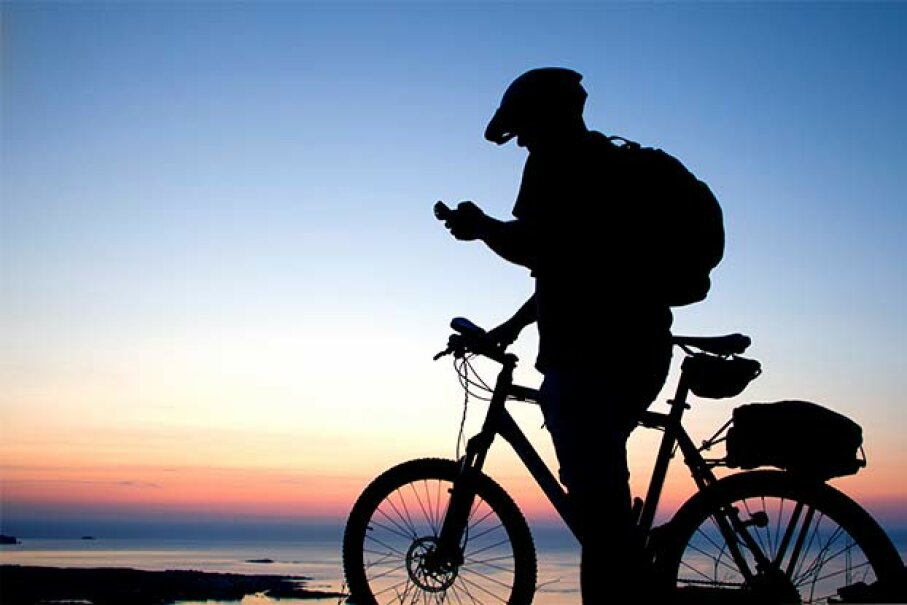 One artist created his pictures by pedaling a bike with a GPS and drawing a computerized map of his movements. Howard Sayer/The Image Bank/Thinkstock

Baltimore artist Michael Wallace has come up with a way to turn his city into a sort of giant Etch-a-Sketch for his electronic drawings. Wallace, who uses the nickname WallyGPX, rides around on a bike equipped with a GPS tracker and mapping software, drawing on the computerized map with his movements. He uses the grid structure of city streets in southeast Baltimore, and rides through a large local park to create curved lines.

Wallace's work varies from an intricate picture of the Titanic, which commemorated the 100th anniversary of the ocean liner's sinking, to a giant map-portrait of Omar, a character from the Baltimore-based TV series "The Wire." He's also done simpler stuff, such as a scene from the game "Angry Birds" [source: Jauregui]. 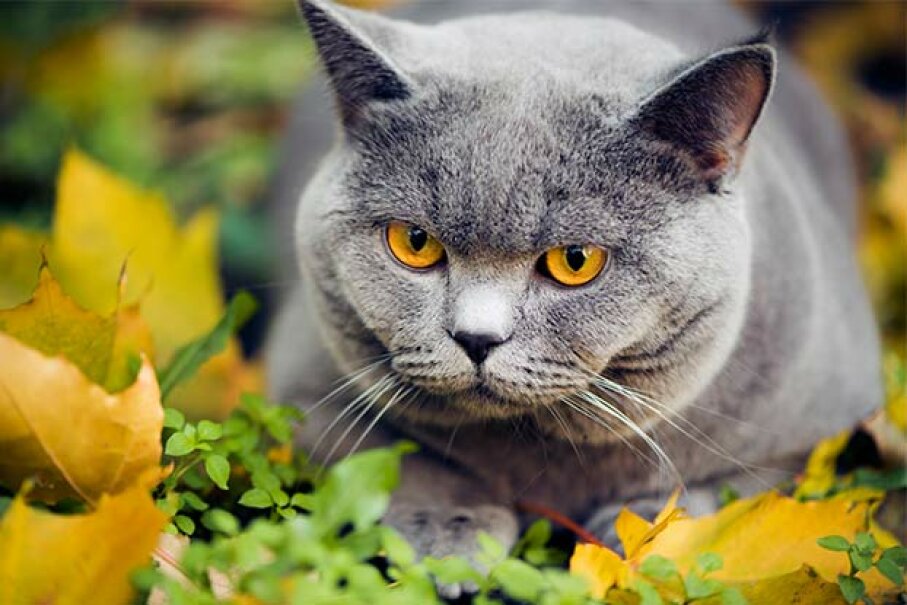 What's kitty really up to in the daytime? A GPS tracking device showed she's not just napping. Maria Pavlova/iStock/Thinkstock

Ever wonder what your cat does when you let him or her outside? A group of researchers from the North Carolina Museum of Natural Sciences and North Carolina State University are eager to answer that question for you. They're hoping to equip more than 1,000 cats — some in the Charlotte area, others as far away as Australia and Germany — with GPS-enabled transmitters on harnesses, which will allow them to track the movements of outdoor cats in 2014. They're augmenting the GPS data with other info, including analysis of cat feces that they're encouraging owners to collect. Just so that they won't cause a privacy scandal like the National Security Agency experienced, they're allowing owners to list their cats under aliases [source: Price].

The research may clarify the extent to which cats pose a threat to birds. But it also may yield other surprises. When a British TV program tagged cats with GPS, it discovered that they spent much of their time at other cat owners' houses, trying to steal cat food [source: Rice]. 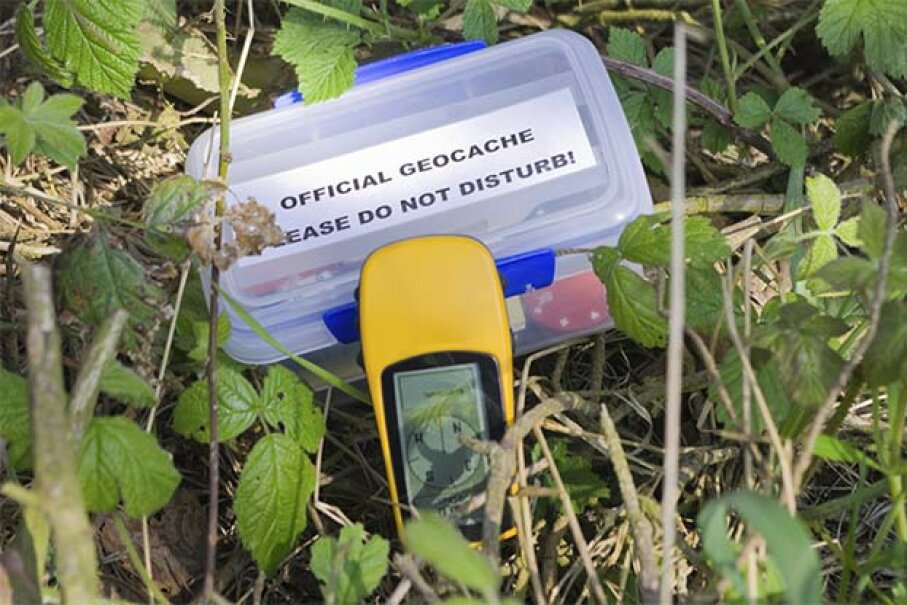 A GPS device is an essential part of Geocaching. Richard_Pinder/iStock/Thinkstock

Since the early 2000s, GPS enthusiasts have used the devices to set up high-tech treasure hunts. Geocaching hobbyists hide caches of trinkets such as souvenir coins or toy plastic animals in various locations that they've plotted on treasure maps, and then post the maps online on sites such as Geocaching.com, so that others can search for the prizes.

Some Geocaching events are staged in parks, but there also are treasures secreted in urban neighborhoods as well. Geocaching participants can use mobile phones or iPads in their search, but the truly serious invest several hundred dollars in hand-held GPS units that have greater accuracy [source: Caldwell].

Mapping Your Daily Run On a Cruise Ship 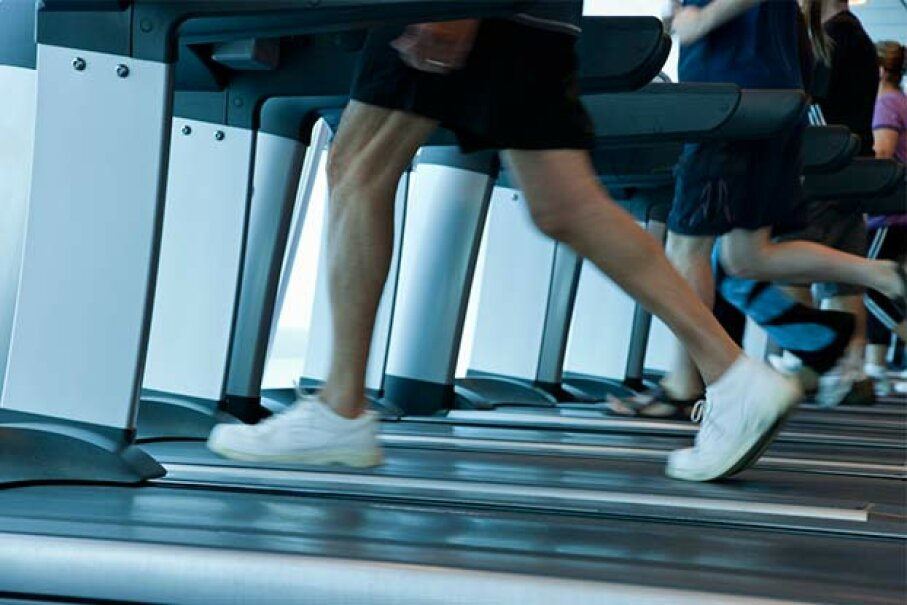 One enterprising man tracked his daily run around a cruise ship and got a peculiar wavy pattern instead of the expected circle. David Fairfield/Phtodisc/Thinkstock

These days, there are a ton of websites where you can track the movements of cruise ships on various voyages. But how about tracking your own movements on a ship as its plying the seas? A triathlete and blogger who calls himself DC Rainmaker wrote in 2011 that, while on his honeymoon cruise, he became curious about how his daily runs on the ship's circular 10-laps-to-a-mile running track would look on a GPS map, since the ship also would be moving.

When he did a 3-mile (5-kilometer) run and then plotted the results on Google Maps, he found that he could see a peculiar wavy pattern, almost as if he was running in one direction but veering from side to side, instead of in a circle. But the ship's forward motion also augmented the speed displayed on his Garmin wrist running tracker. "The way I see it, I just set a new 10-mile [16-kilometer] PR [personal record] at 26 minutes and 12 seconds," he joked [source: DCRainmaker.com]. 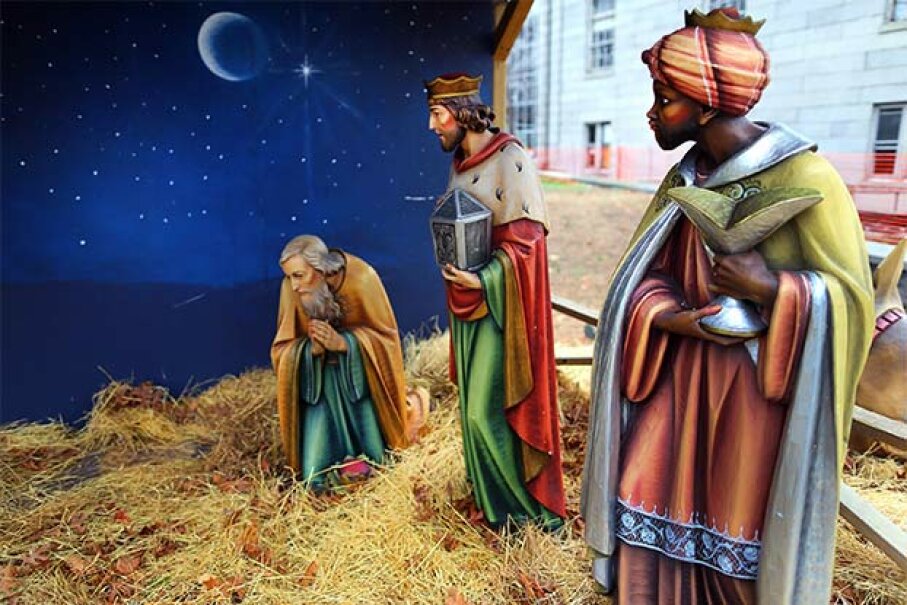 Two wise men look at Joseph kneeling, as Mary and Jesus are no longer there. They were stolen along with two other figures from a Nativity display next to Quincy City Hall, Boston in 2013. John Tlumacki/The Boston Globe via Getty Images

Who could forget that painfully funny scene in the 1982 movie "Diner," in which Kevin Bacon's inebriated character happens upon a nativity scene from which thieves have stolen the baby Jesus figurine, prompting him to undress and climb into the crib?

Fortunately, we may not have to see a real-life repeat of that, thanks to the GPS tracking devices that Brickhouse Security, a New York-based firm, has been providing to churches and other religious organizations free of charge since 2005. If the Jesus figurine is stolen from the manger, the device will either send a text message or email the figurine's owner to let her know, as well as give off a signal so that police can track down the thieves [source: Schapiro]. 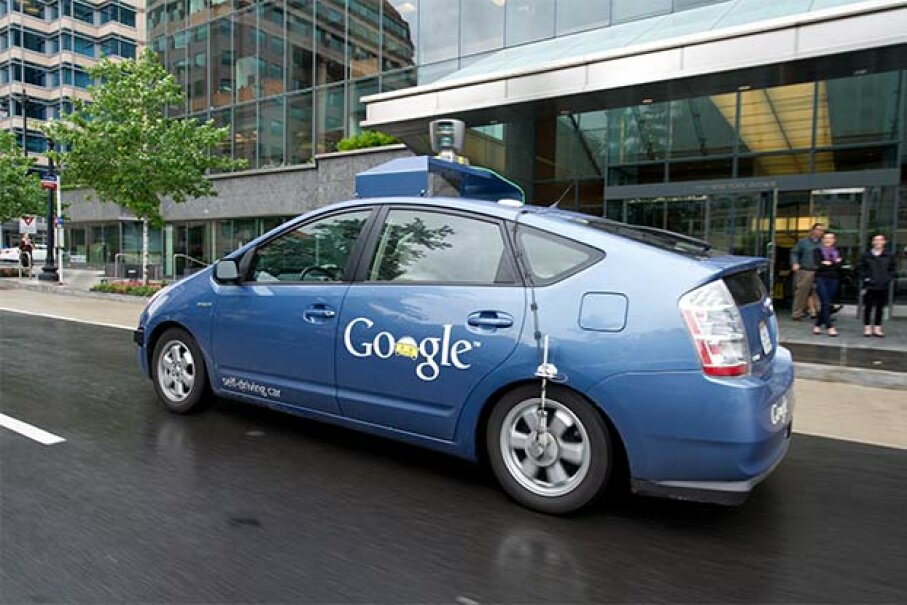 This Google self-driving car maneuvers through the streets of Washington, D.C. on May 14, 2012. KAREN BLEIER/AFP/GettyImages

Visionaries have been imagining driverless robotic cars for decades, but one big, difficult question was how they would navigate the roads safely. Google's program to develop driverless cars, which began to shift into high gear in 2014, depends upon a synergy of GPS, sensors and cameras to accomplish that feat.

The GPS device plots the car's location, speed and direction relative to the destination, while a laser on the roof helps create a digital 3-D model of nearby objects to tag possible hazards. Cameras scan traffic lights, road signs and other visual markers. The technology has one significant limitation — it's only safe to use on roads that Google has mapped digitally in careful detail. And the cars can go no faster than 25 mph (40 kph) to ensure they're scanning that information [source: Sun].

Keeping Watch on People with Dementia 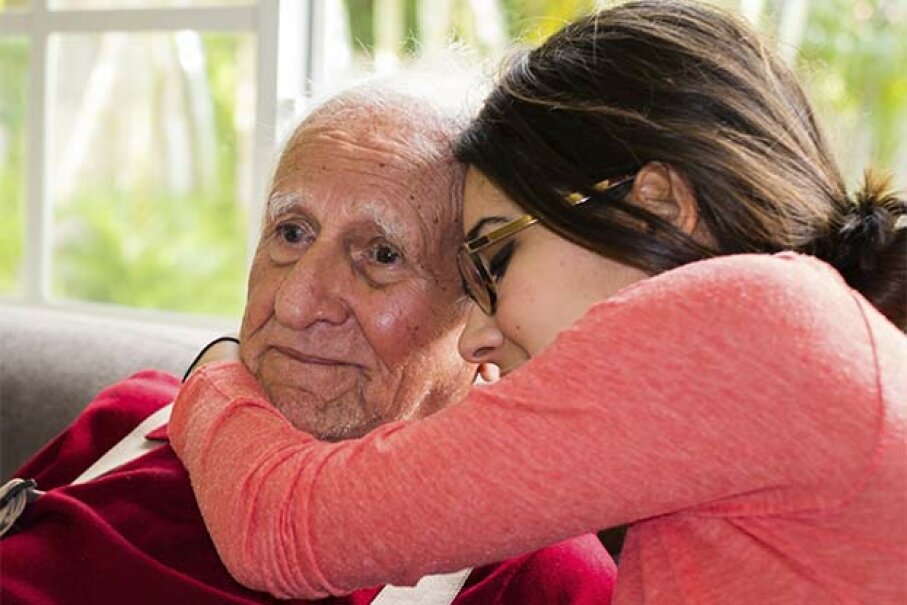 A company has devised a pair of inner soles with GPS tracking devices to put in the shoes of people with Alzheimers, who are prone to wander off. Rauluminate/iStock/Thinkstock

As the U.S. population ages, there are growing numbers of elderly people with Alzheimer's disease and other forms of dementia. But their caregivers may have an easier time going forward, thanks to an ingenious application of GPS technology that conceals tracking devices in inserts in patients' shoes.

GPS SmartSoles, developed by footwear company Aetrex and technology firm GTX, cost $200 to $300 per pair and were scheduled for sale in summer 2014. The devices allow caregivers to call any time and get a wearer's location, or even to set up geo fences that will send an alarm if the wearer leaves a designated area [source: Schiller]. 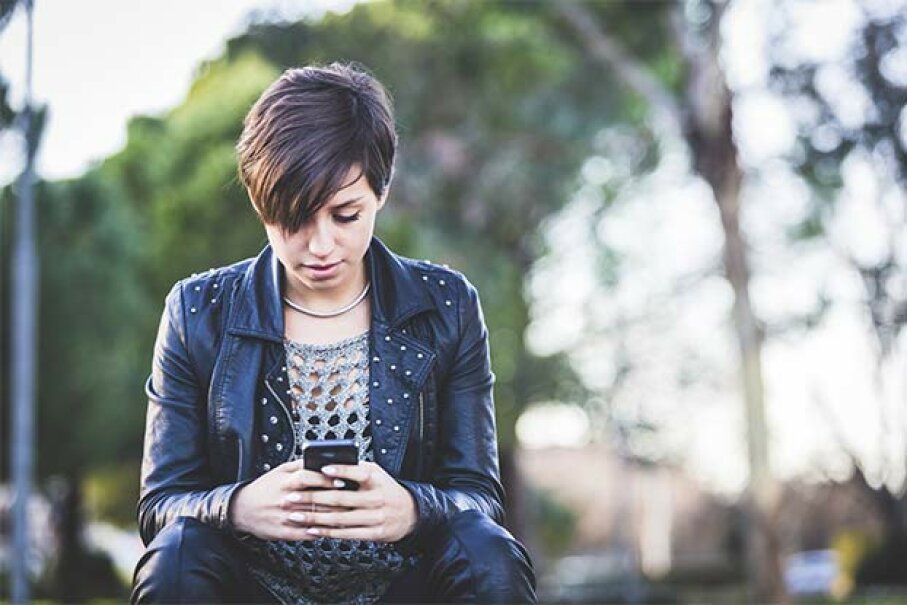 The county of Kent in England offers a GPS-enabled iPhone app called Kent C Card, which guides local teenagers to the nearest clinics where they can get both condoms and advice on sexual health. William87/iStock/Thinkstock

Public health officials in most countries are eager to get young people to use condoms, as a means of preventing both unwanted pregnancies and sexually transmitted diseases. They also know that young people are really, really into their smartphones. So it's only natural that officials would try to use GPS-enabled phone apps to reach them.

The English county of Kent, for example, began offering an iPhone app in 2012 called Kent C Card, which guides local teenagers to the nearest clinics where they can get both condoms and advice on how to maintain their sexual health [source: Todd]. 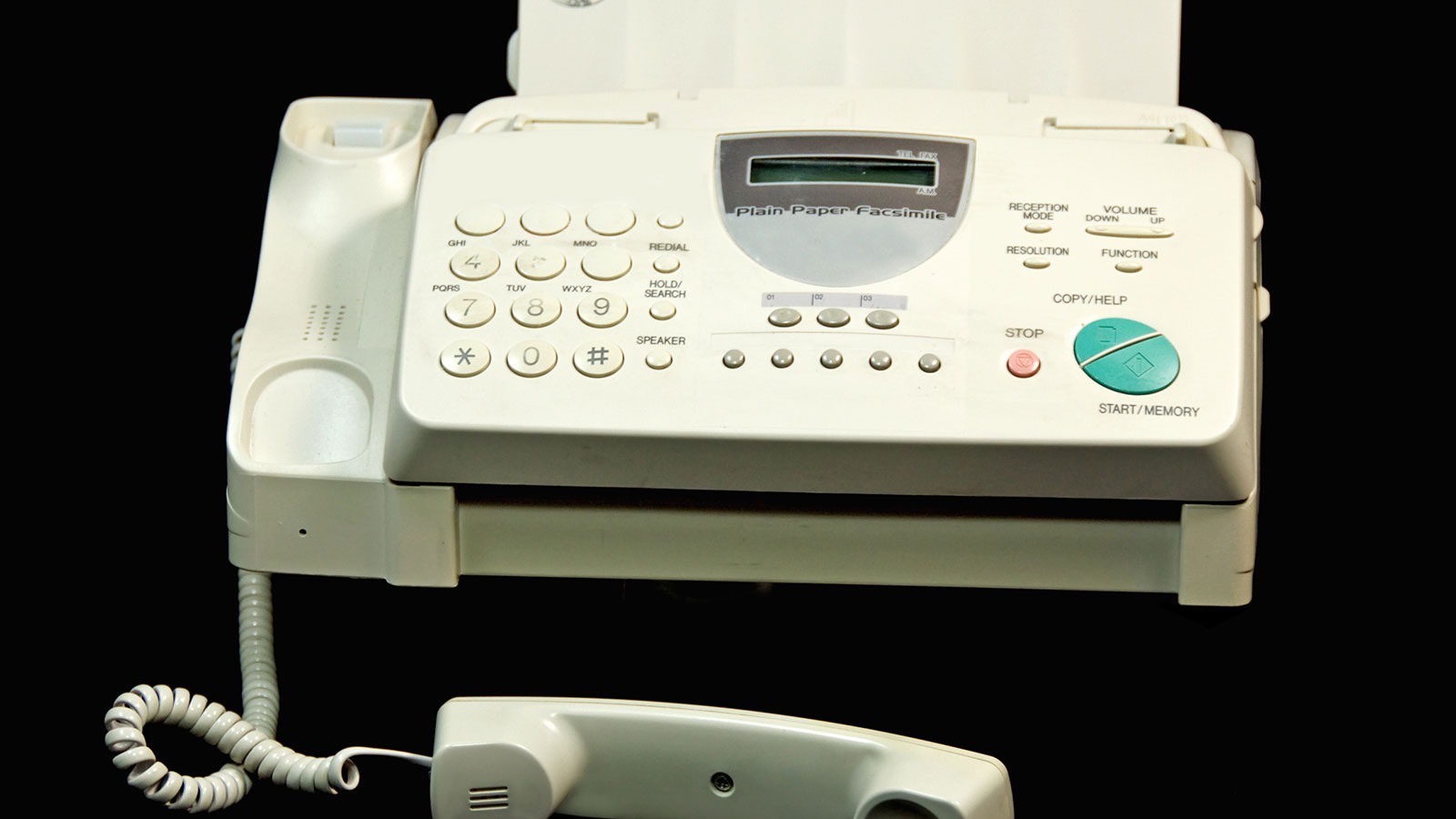 HowStuffWorks finds out why anyone still bothers with faxing in the 21st century. It's not just from inertia.

For much of my journalism career, I navigated around the country using old-fashioned paper road maps, the sort that would gradually turn into coffee-stained, wrinkled origami sculptures from being crumpled and stuffed into my briefcase or tossed under the passenger's seat enough times. I grew surprisingly adept at reading the tiny print and tracing faint blue lines, and retaining an image of that information in my working memory as I drove. These days, though, I use the GPS chip and a map app on my iPhone, which instructs me on each turn in a calm yet authoritative female voice. That usually works pretty well, but somehow, I felt more in control when I was reading the maps myself.