What is a MiniDisc and how does it differ from a CD? 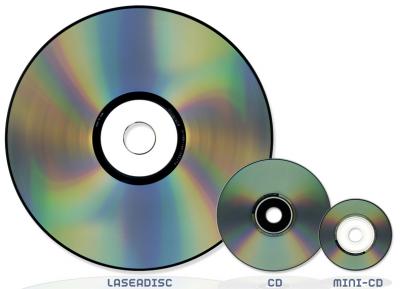 There are several standard music distribution formats. The MP3 and the compact disc (CD) are the two most common at the moment, but cassette tapes are still around and 33 rpm vinyl LPs can still be found in some stores. The Sony MiniDisc is another format that Sony has been trying to popularize for many years. A MiniDisc looks a lot like a floppy disk but is slightly smaller (7 cm, 2.75 inches square).

CDs store 74 minutes of music in a nearly indestructible form and have the advantage of being a digital format, but until fairly recently you could not record on a CD. The MiniDisc's main claim to fame is that it is (and always has been) recordable.

A pre-recorded MiniDisc is exactly like a CD, except smaller. You can read How Compact Discs Work to learn how music can be recorded digitally and how a CD stores the digital data. When you read that article you will see that a CD holds about five times more data (650 megabytes in data mode and 740 megabytes in audio mode) than a MiniDisc. However, both CDs and MiniDiscs can store the same amount of music (75 minutes or so). The difference is that a MiniDisc uses a digital compression technique called ATRAC (Adaptive Transform Acoustic Coding) when storing music.

The ATRAC technique compresses the data by a factor of about 5 to 1. ATRAC is a "lossy" compression algorithm, meaning that it changes the music very slightly upon decompression. This modification is not noticeable to a "normal" person (and is so much better than a cassette tape that the two cannot even be compared), but audiophiles have never liked this fact and it has consistently tainted the image of the MiniDisc.

A recordable MiniDisc is a magneto-optical device capable of storing 140 megabytes of information. Music can be scattered all over the disk and the player can "put it together" correctly when playing the disk. This means that you can erase and re-record songs on a MiniDisc without having to worry about how they fit together. This is tremendously convenient compared to a cassette tape, where you have to basically re-record the entire tape if you want to change any of the songs on it. There are also 4-track MiniDisc recorders for musicians, which are great for recording songs as they are performed and then mixing the tracks.

Note: If searching for information in search engines, note that the official spelling is "MiniDisc" but spellings like "MiniDisk," "mini disk" and "mini-disk" are common.

5 Things to Do Before Buying an HDTV
How do I calibrate my HDTV?
TV Signals Roundup