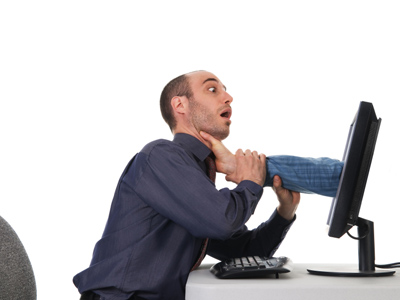 Many times you can tell if your computer has a virus, but it's rarely this obvious.
© iStockphoto/YanC

We all know computer viruses -- and other kinds of malware -- can cause problems ranging from irritating to catastrophic. Some malware replicates itself until it fills up all available space on your hard drive, turning your computer into a brick. Other kinds corrupt data on your machine or make your computer unstable. A few will even attempt to use your e-mail programs to distribute the malicious code to everyone in your contacts list. And there's always the possibility a cracker -- that's a malicious hacker -- will use malware to get remote access to your computer.

No one wants to own a computer infected with a nasty virus. That's why it's very important to practice safe computing habits and to install reliable anti-virus software. You can avoid most malware just by paying attention and staying away from a few common traps. If your anti-virus software is up to date, you should be in pretty good shape.

But once in a while, computer viruses get beyond our defenses. Maybe our anti-virus software is out of date or has been compromised by a particularly clever bit of code. Perhaps we clicked on a link by accident and activated a virus. Or someone else used our computer and downloaded some malware by mistake.

How do you know if your computer has been hit by a computer virus? If your anti-virus software is robust and up to date, you'll likely receive a message as the application scans your computer. That makes detecting the virus a breeze. But what if your software is out of date or the virus has managed to deactivate the anti-virus program? Are there signs you can watch out for that might indicate a virus?

As a matter of fact, there are several signs that could indicate the presence of malware on your computer. We'll take a closer look on the next page. 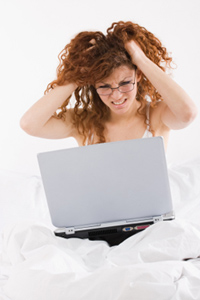 Learn more about computer viruses and other topics on the next page.

Is the Internet making children less polite?
How to Streamline Your Life
Consumer Electronics Show 2001