How to Back Up a Hard Drive

by Josh Briggs
NEXT PAGE 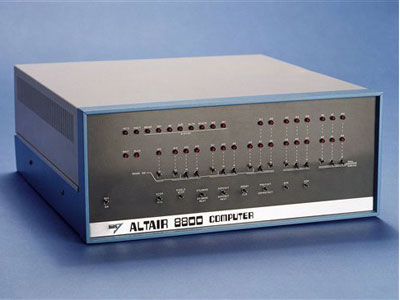 The Altair 8800 didn't have a hard drive to back up.
AP Photo/Heinz Nixdorf Museumsforum

Personal computers are perhaps the most significant invention of the 20th century. Nearly every industry relies on them. Even trades such as construction and deep sea fishing utilize computers to improve efficiency. But personal computers can also be frustrating. If you use one long enough, you'll probably encounter some sort of malfunction or hiccup that causes you to either lose productivity or worse, all your work.

Personal computers weren't always complex. The Altair 8800 was a basic 8-bit computer released in 1975 that did very little in the way of computing. Hobbyists bought them and tinkered with them -- even though there were no monitors. Running programs allowed Altair users to watch LEDs flicker in sequence. The Altair had no hard drive.

Fast-forward 30 years, and computers have become as vital to our society as the automobile. We store our lives on our computers. Bank account information, pictures from family gatherings and personal information that we consider vital to our very existence is stored in computers. As far as computers have come, the advent of the Internet has changed the game. But as useful as the Internet undoubtedly is, it comes with its fair share of baggage, including viruses and other malicious programs.

Whether you fall prey to one of the people whose hobby is to turn your computer into a boat anchor or your machine is nearing the end of its natural life, it's imperative you back up the data on your hard drive. This article will give you the tools you need to protect yourself from losing all your important data stored on your computer.

Let's start by taking a look on the next page at what you can do to minimize the damage by being proactive with your data storage.