What Will Replace the Smartphone?

Browse the article What Will Replace the Smartphone? 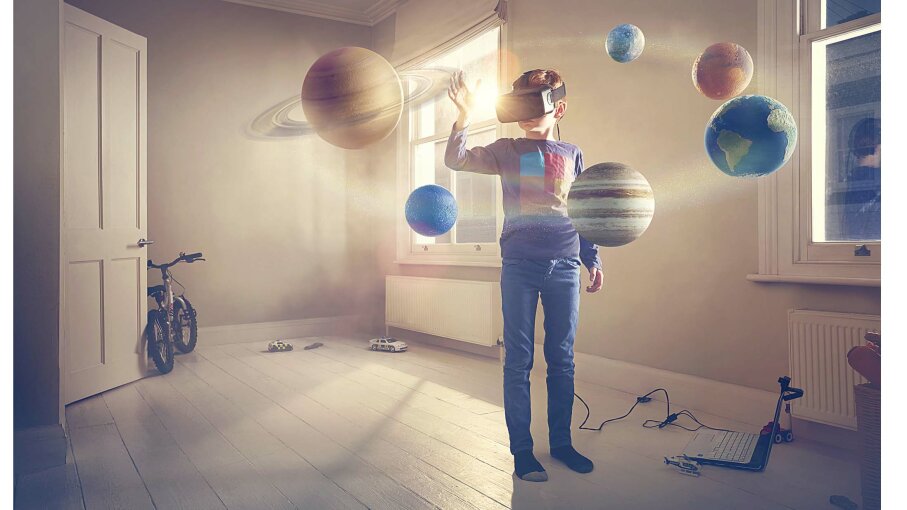 Smartphones will become obsolete, replaced by a new generation of wearable communication devices that will change the way we interact with the world. Kelvin Murray/Getty Images

Today, nearly eight in 10 Americans own a smartphone, and we've become accustomed to using them for everything from listening to music, taking pictures, reading news and posting on social media to shopping and making financial transactions. For many people, smartphones have taken the place of once common everyday implements like tape measures, flashlights and wristwatches.

Smartphones have transformed everyday life so much that it's easy to forget that they only became popular a little more than 10 years ago. That's when Apple released the iPhone, which combined mobile internet access and computing power with a multi-touch screen interface, making it possible to do pretty much everything by tapping, flicking and pinching with your thumb and forefinger. A recent survey found that smartphone users now spend about five hours a day using their devices, which is why it's tough to walk down a crowded sidewalk in any major city without bumping into someone fixated upon his or her smartphone screen.

But with technological progress moving at broadband speed these days, it's strange to think that the smartphone as we know it has a limited life expectancy. A 2015 survey of smartphone users across the world by Swedish communications technology and services company Ericsson found that one in two expected that the smartphone would become obsolete by 2020.

Which leads to the big question: What's going to replace the smartphone? Prognosticators predict that advances in technologies such as virtual reality, augmented reality, artificial intelligence and wearable electronics will spawn a new generation of devices that could change our everyday existence even more than the smartphone did.

"The transition we're about to experience is that we're going to go from accessing the internet to living in the internet," explains Jack Uldrich, a futurist, author and speaker who helps businesspeople figure out how to understand and benefit from emerging trends.

We don't yet have a suitably zeitgeist-y name for those gadgets, but it's a pretty safe bet that they won't be palm-sized rectangles with glass screens — or any screen at all, for that matter. And they may not even be a single gadget. Brad Berens, chief strategy officer for the Center for the Digital Future at the University of Southern California's Annenberg School for Communication and Journalism, predicts that the smartphone will give way to personal area networks — clusters of tiny gadgets concealed in beads in a necklace, or built into eyeglasses or contact lenses.

Such devices will use VR and AR to project information into our field of vision, eliminating the need for a screen. And just as we control apps on today's smartphones by moving our fingers, we'll be able to manipulate our next-generation personal area networks through voice commands or by gesturing in the air — perhaps with the help of haptic technology that simulates the sensory feedback of touching actual objects. Typing may not ever become a completely extinct skill, but it may someday become as rare as, say, someone who writes in elegant longhand with a fountain pen.

But increasingly, we won't have to input as much information as we once did, because next-generation intelligent assistants — imagine a vastly more intuitive version of Siri, Alexa or Cortana — will learn to figure out what we want to know or do, sometimes before we realize it ourselves. Uldrich predicts that in the near future, our personal gadgetry will study our eye movements in order to make predictions. "If we stare at something for two seconds, it will tell that we need more information about it," he says.

Berens envisions that the intelligent assistants of the future continually will whisper in our ears and project messages that only we can see. That might help us in a lot of ways — if we encounter a person and can't recall his or her name, for example, "It's John Smith" may flash before our eyes to remind us.

"We've already seen people using digital technologies to avoid directly interacting with some people while interacting more with other people," he says. "On the bus or subway, people play with their phones or deal with far-flung people via social media rather than chat with the person next to them. Teenagers prefer texting to talking on the phone. Dating apps like Tinder make it easier to meet people without the awkward need to gather up your courage to approach a stranger."

"Some of this is good, but it also means that people can increasingly live in their own little worlds, inside what author Eli Pariser has dubbed 'filter bubbles,' where you don't need to recognize that there are other points of view about things," Berens says.

But next-generation personal communication devices may also change us in other ways that we haven't yet envisioned. As with the smartphone, we'll have to start using them to find out.

Now, That's Interesting
Berens says that the personal area networks of the future may include selfie drones equipped with cameras. "Add a drone into that mix and the zone of computing extends to things that you can't see with your eyes, including the back of your head," he explains.