The Singularity by 2045, Plus 6 Other Ray Kurzweil Predictions

by Kate Kershner Mar 22, 2017
Futurist Ray Kurzweil predicted that the singularity will occur in 2045. That's just one of dozens of predictions he's made. Matjaz Slanic/Sean Mathis/WireImage/Getty

Here's some fun news for your day: By 2045, human beings will become second-banana to machines that have surpassed the intelligence of mankind. So, in less than 30 years, artificial intelligence will become smarter than human intelligence, and robots will rule us all. (Or something like that.) And we know it's true, because Ray Kurzweil says so.

Kurzweil isn't some cult leader. He's a director of engineering at Google. But he is in the business of predictions, as a futurist. And while his most recent declaration is that the singularity (artificial intelligence surpassing human intelligence) will happen by 2045, it's only the most recent of his predictions, of which he claims an 86 percent accuracy rate, as of 2010.

Now seems like a good time to review a few more of Kurzweil's predictions:

1. In 1990, Kurzweil predicted that computers would beat chess players by 2000. Deep Blue slayed Garry Kasparov in 1997.

2. He predicted in 1999 that personal computers would be embedded in jewelry, watches and all sorts of other sizes and shapes. Uh, yeah.

4. By 2029, Kurzweil says that advanced artificial intelligence will lead to a political and social movement for robots, lobbying for recognition and certain civil rights.

5. By the 2030s, most of our communication will not be between humans, but instead human to machine.

6. By 2099, the entire brain will be entirely understood. Period. Done.

Watch Neil deGrasse Tyson, who calls himself Kurzweil's biggest skeptic in this video, talk to the inventor and futurist in this "Cosmology Today" 2016 episode:

Now That's Cool
So those are just a few of Kurzweil's predictions. To learn more about Kurzweil and his predictions, go to his website for more information. Or just wait until the 2030s, when Kurzweil says that mind uploading will be the norm, and you can just learn about him through the software in your brain — so much easier than reading.

What's a Tall Fashionista to Do? 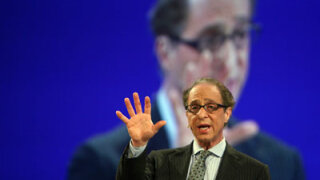 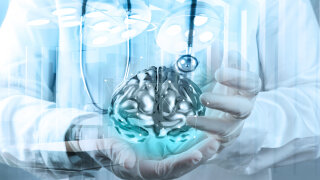 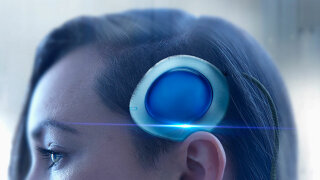 Stuff to Blow Your Mind Podcast: Biohacking and the Road to Transhumanism