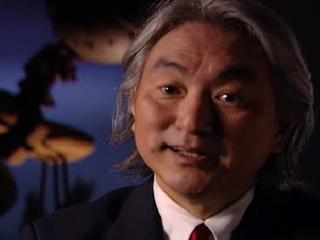 On Discovery Channel's "Assignment Discovery," learn how Albert Einstein discovered that time is relative, meaning that when objects travel at, or close to the speed of light, distances stretch and time slows down.
Discovery

One of the tenets of Einstein's Theory of Special Relativity is that nothing can travel faster than the speed of light in a vacuum. Light speed is considered the universal speed limit of everything, and this is widely accepted by the scientific community. But in science, if you make a hard-and-fast rule, someone will try to disprove it, or at least find a loophole. And the speed of light is no exception.

Light, in a vacuum, travels at approximately 299,792 kilometers per second (186,282 miles per second). In September 2011, physicists working on the Oscillation Project with Emulsion-tRacking Apparatus (OPERA) created a frenzy in the scientific community when they announced that their experiments resulted in subatomic particles called neutrinos traveling from the European Organization for Nuclear Research (CERN) near Geneva, Switzerland to the Gran Sasso National Laboratory near L'Aquila, Italy and arriving around 60 nanoseconds earlier than a beam of light. Ideas as to either how these neutrinos could have actually broken the speed of light, or as to what errors could have caused the impossible results, abounded. Finally, equipment issues, including a loose cable, were discovered as likely culprits, and the results were declared erroneous. So no rewriting of Einstein's theories turned out to be necessary.

Other researchers are trying to bend the rules rather than break them. In fact, bending space-time is one theory of how superluminal – faster-than-light -- speeds in space travel might be reached. The idea is that space time could be contracted in front of a spaceship and expanded behind it, while the ship would remain stationary in a warp bubble that itself was moving faster than the speed of light. This concept was originally modeled by Mexican theoretical physicist Miguel Alcubierre in 1994 as a theoretical possibility, but one that would require a universe-sized amount of negative energy to power the phenomenon. It was later refined to requiring a planet-sized amount and then again to needing an amount around the size of the Voyager 1 space probe. Unfortunately, the negative energy would have to come from exotic matter that is difficult to come by, and we're currently only at the level of miniature lab experiments on warp drives. The math behind these theories is based on the laws of relativity, so theoretically it wouldn't be breaking the rules. The technology, if it ever exists, could also be used for going slower than light, but much faster than we can go now, which might be more practical.

Space travel is just one of the possible applications of reaching or exceeding the speed of light. Some scientists are working on doing the same for the purposes of much faster data transfer. Read on to find out about current data speeds and the potential for faster-than-light information.

Can data even travel at the speed of light?

Currently, most of our data travels through either copper wire or fiber optic cable. Even when we send data via our cell phones over radio waves, which also travel at light speed, it ends up traversing the wired networks of the Internet at some point. The two most common types of copper wire for long-distance information transfer are twisted pair (used first for telephony, and later for dial-up Internet and DSL), and coaxial cable (used for cable TV initially, then Internet and phone). Coaxial cable is the faster of the two. But still faster is fiber optic cable. Rather than using copper to conduct data in the form of electrical signals, fiber optic cable moves data as pulses of light.

Part of the reason for the decrease in speed is the dual nature of light. It has the attributes of both a particle and a wave. Light is actually made up of particles called photons, and they do not move in a straight line through the cabling. As the photons hit molecules of material, they bounce in various directions. Light refraction and absorption by the medium eventually lead to some energy and data loss. This is why a signal can't travel indefinitely and has to be boosted periodically to cover long distances. However, the slowing of light isn't all bad news. Some impurities are added to fiber optics to control the speed and aid in channeling the signal effectively.

Fiber optic cable is still far faster than copper wire, and isn't as susceptible to electromagnetic interference. Fiber can achieve speeds of hundreds of Gigabits per second, or even Terabits. Home Internet connections don't achieve those super high speeds, at least partially because wiring is being shared by many households over entire areas, and even networks that use fiber optics generally have copper running the last stretch into people's homes. But with fiber running all the way to your neighborhood or home, you can get something in the range of 50 to 100 Megabits per second of data transfer, compared to 1 to 6 Megabits per second from average DSL lines and 25 or so Megabits per second from cable. Actual data speeds vary greatly by location, provider and your chosen plan, of course.

There are also other things that cause signal latency (delay), such as the back and forth communication required when you access a Web page or download data (handshaking). Your computer and the server housing the data are communicating to make sure they are synchronized and data transfer is successful, causing a delay, albeit a brief and necessary one. The distance your data has to travel will also affect how long it takes to get there, and there could be additional bottlenecks at any hardware and cabling the data has to travel through to get to its destination. A system is only as fast as its slowest component, and every millisecond counts in the days of seemingly (but not really) instant communication.

There have been recent breakthroughs in transferring data over copper wiring at nearly fiber optic speeds via reducing interference and other techniques. And researchers are also working on transmitting data via light through the air, say using lightbulbs for WiFi, or transmitting laser beams from building to building. Again, light through the air does move at close to light speed, but nothing we have now is surpassing the speed limit. Can we achieve actual faster-than-light transfer?

The use of fiber optic cable wasn't the first attempt to harness light for data transfer. Alexander Graham Bell himself invented the photophone, which was essentially the first wireless telephone, but using light rather than the radio waves used by modern cell phones. It worked by projecting a voice toward a mirror, which caused the mirror to vibrate. Light from the sun was bounced off the vibrating mirror into a selenium receiver that converted it into an electrical current for transmission via telephone (his most famous invention). Its major flaw was that direct sunlight was necessary, so clouds or other objects could block the signal. Never mind making a call in the middle of the night. But it actually worked, and served as a predecessor to fiber optics. 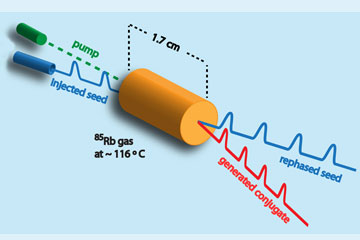