by Jacob Clifton
Prev NEXT
2 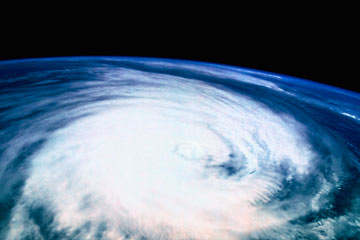 As supercomputers become progressively more advanced, their ability to create predictive models of the weather will also ratchet up. Instead of waiting for weather events like this storm to appear and then analyzing the data related to them, we'l
©Stockbyte/Thinkstock

By 2030, it's hoped, zettaflop supercomputers should be able to accurately model the entire Earth's weather systems at least two weeks out [source: Thorpe]. We're talking about 99 to 100 percent accurate simulations of our entire planet and ecosphere, with local and global predictions available at the press of a button. Disasters aside, that may seem like a relatively specialized application -- beyond scheduling a wedding or vacation, when was the last time you needed to know the weather forecast weeks or months ahead? -- but consider the scale of information here.

Earth's climate is such a complex system that it's regularly invoked in the discussion of chaos theory, the greatest amount of complexity most of us can even comprehend: "Does the flap of a butterfly's wings in Brazil set off a tornado in Texas?" was the classic question first asked by Philip Merilees in 1972 (although the concept of meteorological complexity in this context goes all the way back to 1890 with Poincaré) [source: Wolchover]. It's hard to imagine a more complex system on a grander scale than that of our weather patterns and systems, when you think about it like that.

Food production and farming, weather's effects on other large-scale scientific projects (like a shuttle launches or polar expeditions, for example), and preemptive disaster relief are just some of the significant -- and lifesaving -- changes this kind of computing power gives us.

And of course, weather systems are just the tip of the icecap, here: If you can imagine perfectly simulated weather patterns, it's just a jump to proper modeling of any similarly huge and complex system. Whole planets and worlds could be realized in the silicon and electricity of tomorrow's supercomputers.