Browse the article Can You Fix the Dirty Screen Effect? 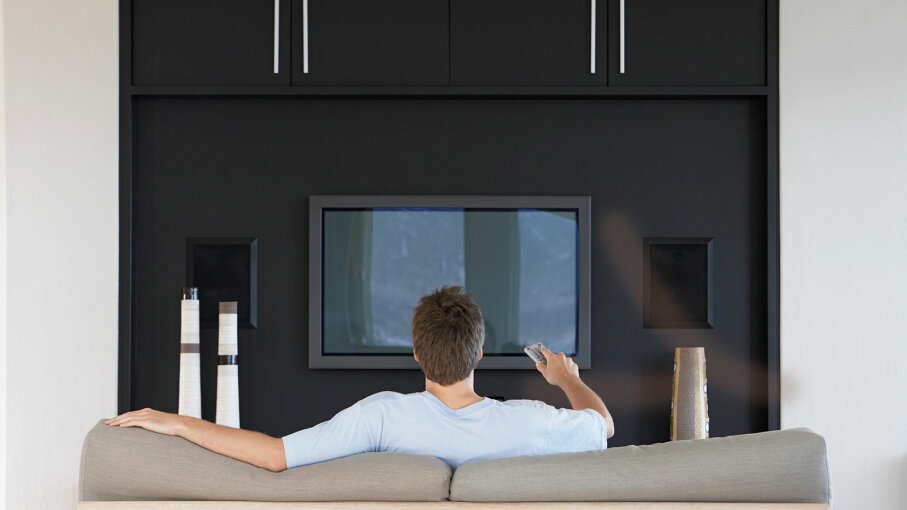 Dirty screen effect, or DSE to TV geeks, refers to a lack of uniformity in solid colors displayed on LED/LCD and plasma televisions. moodboard/Getty Images

Spoiler alert: if you really love your pricy flat-screen TV, with its brilliant colors and perfect contrast, stop reading — because we don't want to ruin it for you. But for those of you who are intrigued by the inner workings of your high-tech television and wonder why images may look just a bit grayish sometimes, this story's for you. This is commonly called the dirty screen effect and to varying degrees it's evident in every flat-screen LED/LCD and plasma TV on the market.

Dirty screen effect, or DSE to TV geeks, refers to a lack of uniformity in solid colors displayed on LED/LCD and plasma televisions. A vast majority of TV watchers will never notice this lack of uniformity, which is visible mostly in specific circumstances: during moments of bright colors or whites (such as during snowy white or desert scenes), or when the screen should look entirely black or gray but instead shows uneven, cloudy splotches and sometimes stripes or banding.

When the screen displays mostly bright white, you may see that it almost looks dirty, with splotchy areas of gray. The cloudy appearance isn't readily apparent to casual viewers, and it's almost unnoticeable when the scene changes to more dynamic images.

It's All About the Pixels

How much DSE you see depends partly on the model you purchased. Pricier models generally feature improved better uniformity, mostly because manufacturers use more rigorous quality standards for their high-end products. But, no matter how much you spend, uniformity is unique to every individual unit, meaning you don't really know how much DSE you're getting until you see it in person.

Is your obsessive side getting twitchy yet? Before we discuss upping your Xanax prescription, let's review how the DSE demon begins its possession of your beloved screen.

If you own a plasma TV, the pixels are individually illuminated and all capable of achieving the same level of brightness. This tends to make DSE less visible in these devices, particularly in high-end models.

Still, DSE may afflict cheaper versions, particularly if the anti-reflective coating on the glass that overlays the screen is of low quality or poorly applied. Furthermore, as the display ages, the phosphors in the screen may begin to wear out or malfunction, all of which can contribute to less uniform images, which is often apparent particular in scenes with fast panning shots.

In LCD and LED TVs, DSE is typically a bigger issue, one that's due to the way these units are illuminated. Before we proceed, it's worth mentioning that although marketing-speak often treats LED and LCD TVs as completely different technologies, they're not different beasts.

LED units could be more accurately described as "LED-backlit LCD televisions," but salespeople and consumers alike are too lazy to utter that tongue-wearying phrase while haggling in a big-box store. What's important to realize is that both categories rely on LCDs (liquid crystal displays), which act as shutters that either block light or allow it to pass, depending on the image that's being rendered on the screen.

There are a variety of factors that affect LCD quality, notably illumination source. Older LCD TVs, for example, used multiple cold cathode fluorescent lamps (CCFL) to light LCDs from the rear. They provide generally smooth and even illumination, but they make the final product rather bulky.

More modern TVs rely on LEDs (light-emitting diodes) as a light source. Some models have what's called full-array backlighting, in which the LEDs are stationed in regular intervals behind the screen, creating even lighting and excellent picture quality.

Other models incorporate what's called edge lighting, which positions the LEDs along the edges of the screen. In general, the overall picture quality isn't quite as good as a backlit screen, but manufacturers still use it because it allows them to build substantially slimmer TVs.

Regardless of the lighting source, sometimes it's not the technology itself that results in DSE. It might be due to the way the display was handled at the factory or even en route to your home.

If you've ever pressed a little too hard on your smartphone or computer screen, you've likely witnessed a bit of discoloration, clear evidence of how sensitive LCDs are to physical pressure. Now, picture a huge manufacturing facility that cranks out thousands of these units per week. It's easy to see how a bit of mishandling could alter the screen's consistency.

The same goes for shipping. Some units travel long distances in cargo boxes, and then take bouncy rides in your car to their final resting place on your living room wall. That's a lot of opportunities for tiny mishaps to affect LCD uniformity.

Regardless of the cause of uniformity problems, in most cases there isn't much you can do to combat DSE that appears on LED TVs. Some people have been known to return or exchange multiple copies of the same TV, hoping to finally score one with fewer, less noticeable uniformity issues. Sometimes their persistence is rewarded; sometimes those obsessive efforts are in vain.

Before you go to those extremes, it's worth tinkering with the various display modes to see if they help. For instance, if you do a lot of gaming, be sure to set the screen mode to "Gaming" or similarly named preset to squeeze the best performance from your TV. Same goes for movies or other specific purposes.

Further trial and error may also improve your circumstances. Some TVs are equipped with variable brightness controls. If your viewing room is very dark, you may benefit from turning down the display's brightness. You might also find that installing bias lighting behind the TV helps to minimize the annoyances of DSE. Alternately, in very bright rooms, cranking the brightness to max might be your best bet.

Viewing angle also matters. If your screen is tilted away from your eyes, or if it's not at eye level, you're more likely to see vignetting or blotchiness.

Lastly, once in a while in online forums, users will complain of a hazy effect that they see when watching their favorite movies. In some cases, there's nothing wrong with the product at all. There's literally too much dust on the screen.

If you happen to fall into this filthy category, follow your manufacturer's recommendations for cleaning the screen, and be glad for such an easy solution. If only all of our technology problems could be wiped away like so much dirt.

NOW THAT'S INTERESTING
The so-called "5 percent gray test" is a standard that many videophiles use to judge TV screen uniformity. You can load this one via YouTube and test your own TV, but be forewarned, once you see quality issues with your TV, you may not be able to unsee them.