Browse the article Your Smartphone Is a Vampire. Here's How to Fight It 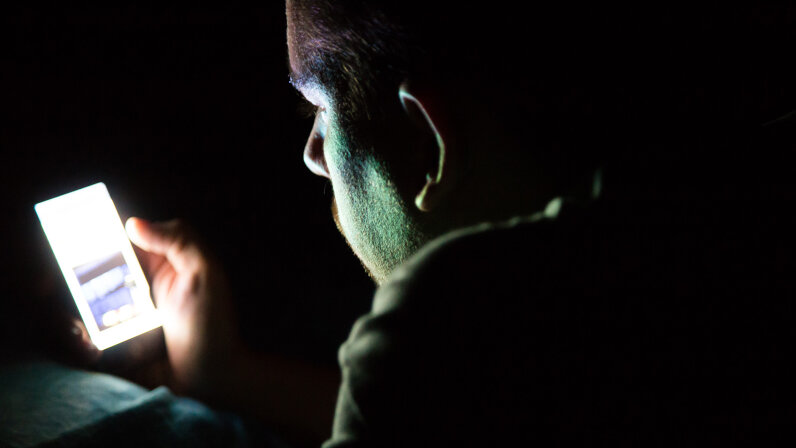 Technology evolves — and it hungers. With something like a Las Vegas slot machine, the nature of the hunger is obvious. But what about the pocketsize computers we refer to as "smartphones"?

In the recent Stuff to Blow Your Mind two-part podcast The Great Eyeball War, Joe McCormick and I explore social media technology's yawning hunger for our attention. It wants our clicks. It wants our eyeballs. It wants our time. And our various devices, apps and websites are only growing more powerful.

The slot machine, which we've also covered on the show, exemplifies how this sort of technology develops. The coin-in-the-slot machine started out in the 19th century as a mere glorified vending machine. But over the ensuing decades, designers increased its efficacy to the point where slot machines now generate an estimated 70 percent of the average casino's income.

Similarly, as Joe and I discuss, social media begins with a basic principle: connect people to the individuals and information they want — and serve them a few ads along the way. While platforms like Facebook do generate traditional income, all they want from the average user is that precious commodity of engagement.

But how much attention can you stand to give up? How often do you find yourself distracted by your smartphone's social media apps? There's a tendency to chalk such technology addiction up to a weakness of character, or even a generational failing ("Those darn millennials and their iPhones!"). But as Center for Humane Technology founder Tristan Harris points out in a 2016 essay, persuasive technology is far from blameless and depends on a wide array of tricks to snare us: including the illusion of menu control, a fostered sense of FOMO, or "fear of missing out," a desire for social approval, instant interruptions and even "slot machine" design or "intermittent variable rewards."

"If you want to maximize addictiveness," writes Harris, "all tech designers need to do is link a user's action (like pulling a lever) with a variable reward. You pull a lever and immediately receive either an enticing reward (a match, a prize!) or nothing. Addictiveness is maximized when the rate of reward is most variable."

How many times have YOU experienced this? Perhaps ignoring family, friends and work to refresh your endlessly scrolling social media feed for that winning combination? Sure, your last pull of the lever generated your cousin's vacation photos, an advertisement and a depressing news story, but what about the next pull? Maybe this one will score you a photo tag, a hilarious celebrity tweet and a new episode of your favorite podcast! And so we pull again and again, while the posts scroll past, depleting us of our finite attention, willpower and time.

So yeah, there's a technological parasite in your pocket. You may have even paid top dollar for it. But what to do? For most, abandonment isn't an option. The technology is part of modern life, and its many beneficial aspects are hard to cast aside.

Luckily, the Center for Humane Technology recommends a few steps to diminish your smartphone's power, including the following:

That last bit of advice is especially relevant, considering the results of a 2017 University of Texas at Austin study that found merely having a smartphone within reach was enough to reduce performance on cognitive tests.

In the end, however, we may need more than a few behavioral tricks to outwit our smartphones. As Time Well Spent co-founder James Williams points out in his essay "Stand Out of Our Light: Freedom and Persuasion in the Attention Economy," we must "move urgently to assert and defend our freedom of attention."

Might that entail the sorts of institutional changes that Facebook CEO Mark Zuckerberg announced in January 2018? Might it demand the sorts of legal protections that limit gambling and the sale of addictive substances in many jurisdictions?

As humans attempt to figure out the threat to our collective attention and define a strategy, the smartphone continues to evolve — and its hunger is insatiable.