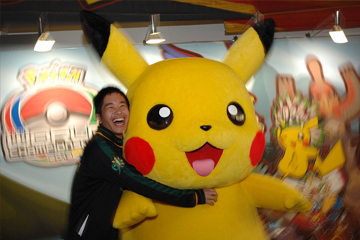 Scholarships for video games? You bet. Gamers can get scholarships for their skills at places like the Pokémon world championships.
© Sergei Bachlakov/Xinhua Press/Corbis

You've already defensively informed your mother that there are, in fact, scholarships for gamers during a heated argument about whether your time spent playing "World of Warcraft" is worthwhile as an academic exercise. Your mother probably looked at you pretty skeptically and told you to prove it. So here you are, desperately hoping you correctly remembered that local news segment about the kid who got into college by earning scholarships for gaming.

Well, good news, kiddo! Not only are there scholarships available based on video game performance and achievement, but there are scholarships for those who want to design, program or even study the gaming industry. Better yet: You could snag an athletic scholarship — just like the star quarterback — and join a college gaming team. The dream is alive, buddy.

Let's start with the scholarships that might most surprise your mom: the ones where you actually get money to compete as a gamer in competitions. In 2014, Robert Morris University in Chicago made headlines when it began offering scholarships for an e-sports program at the school. The school handed out 35 scholarships for the program, and they weren't just cute $500 tokens: One student's room, board and tuition were cut in half, which is no small beans at a school where those costs can top out around $30,000 a year [source: Sanserino]. And at least one other school is following suit: The University of Pikeville in Kentucky is also offering scholarships for "League of Legends" gamers, who will compete in tournaments and games just like varsity athletics in your run-of-the-mill college programs [source: Glover]. Mom will be so excited.

And these are just a few of the options available. We're not including the numerous ways you could convince a scholarship committee that your commitment to "Zelda" (is that still a thing?) makes you a hot commodity. So be creative, gamer, and don't listen to Mom. It's very possible that your game is her gain.

Noob or Not? How Much Do You Know About Fortnite?
Is the 'Blue Whale' Online Game Pushing Teens to Suicide?
How the Oculus Rift Works