How the Samsung Galaxy S III Will Work 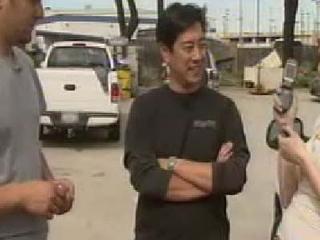 Twenty million. That's the number of Galaxy S II phones Samsung sold in less than a year, from its launch in May 2011 to early 2012 [source: TheVerge]. Samsung's original Galaxy S, which debuted in the summer of 2010, sold more than 10 million units before the second phone took its place in the market [source: Bloomberg]. Despite some very stiff competition from other brands such as HTC, Motorola and LG, Samsung's Galaxy phones have become some of the most popular devices on the Android market.

The Galaxy S II seized a larger market than its predecessor by slimming down and packing in some of the most competitive components available at the time, and the Galaxy S III will make similar improvements on the S II. Surely, Samsung hopes for a similar boost in market share. Rumors are flying about what kind of hardware Samsung has in store for the S III, but one thing's for sure -- it'll be the most advanced Galaxy phone yet.

The Galaxy S III's screen is expected to measure between 4.6 and 4.8 inches (11.7 and 12.2 centimeters) -- smaller than the Galaxy Note, but very close in size to the screen on the Nexus. Samsung knows that the Galaxy Note has a big, big screen. It's so big, they even shipped a stylus with the device.

Rumors also call for Samsung to use ceramics in the design of the Galaxy S III body [source: BGR]. Since many smartphones use a soft touch plastic backing or thin aluminum for casing, ceramic would be an unusual material. The ceramic rumor could turn out to refer to a color of plastic, however: Samsung's Galaxy Note is sold in "carbon blue" and "ceramic white."

Hold on. How can a phone be waterproof? That's just marketing buzz, right? Well, not exactly. Several companies, including one named Liquipel, are working on nanocoatings that bond with objects to form a liquid barrier. Because the nanocoating is 1,000 times thinner than a human hair, it can coat a device inside and out and prevent water damage without altering performance. Sounds crazy, but it works on material asfragileastissuepaper. It could work on the Galaxy S III, too, if Samsung's nanocoating partner can handle the demand.

These are the juiciest details we all clamor for when an exciting new piece of technology is still shrouded in mystery. Could this be the fastest phone ever? Will its graphics processor run even the most demanding 3-D games around? As the flagship Samsung phone of 2012, the Galaxy S III will likely put big checkmarks next to both of those qualifications. We just don't know how big those checkmarks will be. Will the Galaxy S III match its competition or blow it away? Specification rumors point to the latter, but they dance dangerously close to "too good to be true" territory.

For example, the 1280 by 720 display Samsung included on the Galaxy Nexus in late 2011 was a big deal for being high resolution and boasting an extremely high pixel density of 316 pixels per inch (ppi). That's close to the 326 ppi of Apple's iPhone 4, which the company calls a "retina display" because individual pixels aren't discernible to the human eye. Technology blog BGR claims the Galaxy S III will use a 4.8 inch (12.2 centimeter) 1920 by1080, aka 1080p, display -- more than two times the total number of pixels of the Galaxy Nexus [source: BGR].

The Galaxy S III would be the first smartphone to include a 1080p screen, and 720p screens are still relatively rare on smartphones. Larger, higher resolution displays also impact battery life. Between the difficulty of manufacturing such a dense screen and the challenges of running it on a phone, the 1080p display is the least likely of the Galaxy S III's rumored specs. Technology news site BGR (Boy Genius Report) reported that the Galaxy S III would run on a quad-core processor, which is entirely possible. Samsung unveiled several new processors in late 2011, including a 1.5 GHz quad-core system-on-a-chip called the Exynos 4412. However, the Galaxy S III could also run on a new (and still very fast) dual-core chip, the Exynos 5250 [source: AndroidandMe].

Like many other cutting-edge smartphones, the Galaxy S III will include a high resolution camera, likely 5 or 8 megapixels and a front-facing camera of at least 1.3 megapixels. The Galaxy S III needs to live up to the recently released Galaxy Nexus, meaning Samsung should match that system's specs with 1GB of RAM and at least 16GB of built-in storage.

The Galaxy S III and Android 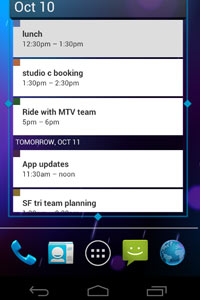 While Samsung will skin the Android Ice Cream Sandwich OS with their TouchWiz tweaks, the button configuration will remain as designed by the Android development team.
Image courtesy of Google

Froyo? Gingerbread? Ice Cream Sandwich? Google's desert-themed codenames for Android are confusing for shoppers who just want a new smartphone. To make matters worse, most phone manufacturers slap their own software on top of Android, and updates can take months to roll out to phones. Some are never updated at all, leaving phones that launched with Froyo abandoned with no update to Gingerbread in sight. Google launched Android 4.0, codename Ice Cream Sandwich, on Samsung's Galaxy Nexus in late 2011. It was the first version of Android developed for both tablets and smartphones.

Will the Galaxy S III ship with that same version of Android? You bet. Samsung's not going to stick its flagship phone of 2012 with an outdated version of Android -- all the cutting-edge devices released in early 2012 will ship with Ice Cream Sandwich. However, the Galaxy Nexus was a special phone designed specifically for Google to show off "vanilla" Android without any modifications. The Galaxy S III will be all Samsung, allowing the company to make some subtle tweaks to the Android operating system with its TouchWiz skin.

TouchWiz, Samsung's custom skin for Android, has been a staple of its phones for years. Like the skins from HTC and Motorola, Samsung's is often criticized for being less responsive and functional than the stock, standard Android experience. Reviews of the last phone Samsung released before the Galaxy S III, the Galaxy Note, point out that TouchWiz has improvedgreatlyovertheyears. Ice Cream Sandwich is also the fastest and smoothest version of the Android OS yet. The Galaxy S III should offer excellent performance even with TouchWiz installed.

However, there's no guarantee Samsung will upgrade it to Ice Cream Sandwich's successor, whenever that Android update is released. If Samsung has already released several new phones by that time, they may leave the Galaxy S III on Android 4.0. The upgrade process with custom-skinned phones can take several months, as updates have to be built for separate carriers -- and with a planned international release, the Galaxy S III will be available on a whole heap of cellular networks.

Samsung launched the Galaxy S II at the very end of April 2011 in its home country of South Korea. It took until September for the phone to launch in the United States and until November for the Galaxy S II to be available on AT&T, Verizon and Sprint. And it still sold more than 20 million units worldwide. The Galaxy S III can do even better, if Samsung is quicker to release the phone in the world's largest cellular markets and with all the major carriers.

Samsung could have announced the Galaxy S III at the Mobile World Congress event in February 2012, but held off to give the device its own event shortly after. Why did they do that? Well, it never hurts to grab the spotlight. But there's a second benefit to a delayed announcement: closing the gap between phone announcement and phone release. Product hype remains strong, and Samsung is expected to release the phone in multiple international markets simultaneously. The Galaxy S III may be released in as many as 50 markets soon after its announcement [source: BGR].

The Galaxy phones have commonly gone by other names when released on some mobile carriers. For example, the original Galaxy S went under the names Captivate and Epic 4G in the United States. The variant models often include tweaked hardware specific to certain carriers, and the Galaxy S III will follow suit. For example, some networks now support 4G LTE data, and the Galaxy S III is expected to include 4G support for those networks. But some carriers, like T-Mobile in the U.S., do not support 4G. Samsung will have to make non-4G models for those carriers.

Pricing will vary by region. While most Android smartphones launch at about $199 with two-year contracts in the United States, some premium phones sell for $299 in their first several months on the market. The Galaxy S III will carry the specs to sell at that price, but both of its predecessors launched at $200. That sets a precedent for the Galaxy S III to do the same.

As an Android user, I can't wait to check out the Galaxy S III. The Galaxy S II was an amazing phone when it was released, but it took six months to make it to the United States. By that time, bigger and better devices were on the horizon. I'm excited to see how the Galaxy S III compares to the recently released Nexus device -- hopefully Samsung keeps its TouchWiz skinning to a minimum and lets Android 4.0 shine through.