If It Ain't Broke: Nokia Brings Back Its 17-year-old Icon

by Jonathan Strickland Feb 28, 2017
And yep, the ringtone is back, too. SSPL/NOKIA/GETTY

In the tech world, it's weird to see a gadget from nearly 17 years ago make headlines. But that's what Nokia's 3310 cell phone managed to do this week. The original Nokia 3310 debuted in 2000. It was a candy bar cell phone. Do you remember those? They had a small LCD screen and actual, physical buttons on the handset. They had a hefty weight and a battery that could last several days on a single charge.

The new Nokia 3310 gets a nice facelift while still evoking nostalgia with its form factor. A full color screen replaces the monochromatic display of the 2000 model. But the Nokia 3310 is a cell phone, not a smartphone. You can make calls, send and receive texts, snap photos or video with the phone's camera and play some simple games (Snake, anyone?). But you aren't going to find a huge app store or browse the web at blistering speeds (the Nokia 3310 relies on 2G cell phone networks — most phones currently rely on 4G networks).

Here's the video that Nokia released for the reborn 3310:

The updated cell phone is the latest example of tech coming out of retirement. Other old-timers that have returned from the tech graveyard include Kodak's Super 8 camera, Polaroid's instant cameras and the Nintendo Classic.

Nintendo hit a home run with the Classic. It looks like a smaller version of the Nintendo Entertainment System and has 30 classic NES games preprogrammed on it. It was a hot ticket item over the 2016 holiday season and is still hard to find.

Why are these gadgets making a comeback today? Price is a factor, of course. When they become available from maker HMD Global, the Nokia 3310 will sell for about $50. But another big reason is that people in their 30s and 40s remember using the original versions of these products when they were kids. Or maybe they grew up wanting a Nintendo or a Super 8 camera but never got one. Now that they're grown-up, they have the opportunity to relive their childhoods. Nostalgia is a powerful force.

This is by no means unique to the current generation of folks flirting with middle age. Waves of nostalgia are regular occurrences. Sometimes, companies like Nintendo can take advantage of it and launch a successful product. Whether Nokia can follow suit with a bargain-priced cell phone remains to be seen.

Now That's Random
Finland chose the Nokia 3310 as one of its national emojis due to its unbreakable reputation. You can check out the full list of Finnish emojis here.

Study Finds No Link Between Inactivity and Weight Gain 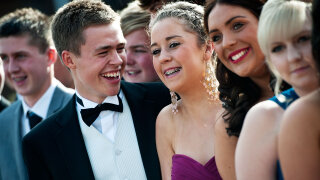 That PalmPilot Is Way Cool

What's the Difference Between Quarantine and Isolation?
February 25, 2020