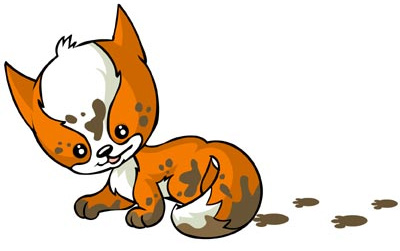 If Neopets freezes your account, you lose all of the progress you've made with your Neopet (and all of the prizes and Neopoints you've earned).
Image courtesy Neopets, Inc.

Like any online community, Neopets has had to deal with malcontents, swindlers and cheaters. The company's response efforts involve two tactics: education and account freezing. Neopets maintains a Wall of Shame, a page that describes some of the more common frauds and schemes. There are also members who act as self-appointed "Newbie Guardians," helping new players avoid pitfalls and problems.

Account freezing is the Neopian death sentence. Neopets responds to almost any suspicious behavior by freezing the account permanently. The user can always create a new one, but all Neopoints, items and other benefits associated with the old account are lost forever. Longtime players with a lot of time invested in their pets are understandably terrified of this punishment, especially since freezes occasionally seem to happen arbitrarily, or because the user violated site rules inadvertently. For example, sometimes in-game events allow players to visit a certain page once per day to collect a rare item. On several occasions, a bug allowed players to get the item multiple times per day. Players who got the item more than once, even if they didn't know it was a bug, or just forgot that they already got one that day, had their accounts frozen.

Neopets scams are similar to most Internet phishing scams that try to steal information. Instead of bank account numbers, these scams focus on getting account passwords or the e-mail address associated with an account. While the scams take many forms, they can all be avoided by following one simple rule -- never give out your account password to anyone for any reason.

The other big problem with Neopia is one that has parents and consumer advocates worried. Neopets aims their marketing efforts directly at children who may not be old enough to understand the difference between a game and an advertisement. Immersive Advertising places corporate-sponsored games right next to unsponsored ones. The site added a "This Page Contains Paid Advertisements" disclaimer near the bottom of pages in response to complaints. However, the disclaimer appears on just about every page at the Neopets site, so it doesn't really help kids determine what is an ad and what isn't.

Neopets also bowed to pressure after a flap over gambling games. Parents were upset that young children were learning to gamble by playing games similar to those found in casinos. Since then, accounts held by users under age 13 do not have access to any gambling-themed games. However, there is no verification process to prevent a child under age 13 to create an account and say they are actually 18.

In the next section, we'll explore Neopets' connection to the Church of Scientology.

The World of Neopia

Neopia is a fantasy world populated by Neopets and a variety of other characters, both good and evil. Neopia is divided into several areas, each with its own characteristics. Areas are accessed by clicking on them on the Neopian World Map. Within each area are links to games, shops or other areas.