One of the stops the HowStuffWorks crew made while visiting CES 2016 was to the Kodak booth. There, we got a chance to see a new, old product: the Super 8 camera. We're talking about a film camera, folks.

If you're old enough to remember shooting home movies on film, you might feel a tug at your heartstrings when you hear that the 8 mm format is making a comeback. First introduced in the 1960s, the film allowed aspiring cinematographers the chance to shoot their own movies. Kodak packaged the film in cartridges for easy loading. You'd shoot your footage and then hand it over to a processing center to develop the film.

Kodak's new Super 8 cameras pack some extra tech compared to the classic models. First, you won't have to look through a small viewfinder to frame your shot. The new Super 8 comes with an LCD screen. This gives the filmmaker a lot more freedom to move the camera around while still keeping the subject in frame.

There's also a mic that can plug directly into the camera, allowing you to capture sound to a smart card. There's a handle on the top of the camera that lets you move it around in fluid ways, and it will also support the classic pistol grip handle. Like other cameras, you can switch out lenses to get the shot style you want.

The cost of a cartridge of film will include the processing fee, so once you finish shooting you mail the cartridge to Kodak and they take care of the rest. Not only will you get your processed print, Kodak will also digitally scan your footage and supply you with the file.

So why should anyone be interested in the return of what is arguably a dying medium? Is this just another example of people embracing a retro technology for nostalgia's sake? Not necessarily.

Film has a different quality to it than digital video. Perhaps more importantly, film creates constraints on a filmmaker. With digital footage, you can erase and re-record if you like. But film involves exposing photochemical components to light, changing it in the process. You can't just record over old film. This limits the filmmaker, requiring him or her to approach filmmaking in a different way. You could argue the very character of a movie could change depending upon how it was shot.

Kodak couldn't have timed the Super 8 announcement any better. As Quentin Tarantino's “Hateful 8” 70 mm prints traveled around the country, Kodak could capitalize on a growing interest in old filmmaking technology. And who knows? Perhaps the new Super 8 camera will inspire the next generation of cinematic storytellers.

Big Families vs. Small Families: A Matter of Quantity vs. Quality?

How We Grieve Our Famous Dead 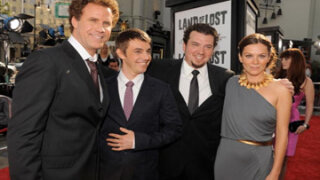 Why do movies cost so much to make? 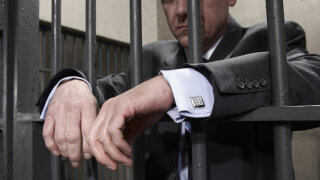 Do directors whose movies bomb really wind up in jail? 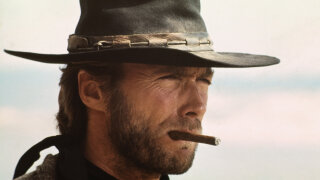 What is the Eastwood rule?