How a Kill Switch Could Impact National Security 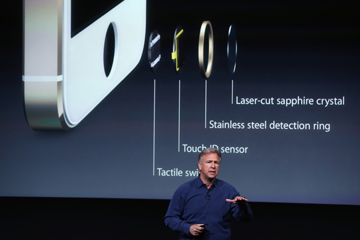 The S.O.S coalition's call for action includes having preloaded kill switch software on every smartphone, rather than leaving the impetus to individual manufacturers and carriers. Currently, a consumer must report a stolen smartphone to a carrier and request to have it disabled. Likewise, consumers must either install after-market tracking apps or rely on manufacturers to offer remote-kill features built into their operating systems. With a kill switch installed, you would send a special text message to your phone which would make it inoperable if it was stolen [source: Ben-Achour].

But according to a U.S. Federal Communications filing made by CTIA, a kill switch would be an attractive target to hackers. Hackers could find out the kill message on a phone and disable it remotely. This is a particular risk for people who work in defense or law enforcement. Further, phones could be permanently disabled if multiple messages were sent [sources: Schwartz, Ribeiro]. The idea that hackers could worm their way into a smartphone's code and use it to bypass built-in safeguards like logins and passwords is alarming.

Kill switch proponents, however, are quick to blame the CTIA's reluctance to adopt the technology on another reason: profit. Smartphone carriers offer stolen-phone coverage through consumer insurance programs. The top four wireless carriers in the U.S. -- AT&T, Sprint, T-Mobile and Verizon -- will bill an estimated $7.8 billion in protection plan premiums in 2013 [source: Warranty Week].

Some of the individual mobile carriers have said they are not against a kill switch, per se, but they want one that works on every type of phone and will have safeguards against hackers – which will take time to develop [source: Ben-Achour].

In the meantime, what can you do to protect yourself against theft?