Browse the article Is the 'Blue Whale' Online Game Pushing Teens to Suicide? 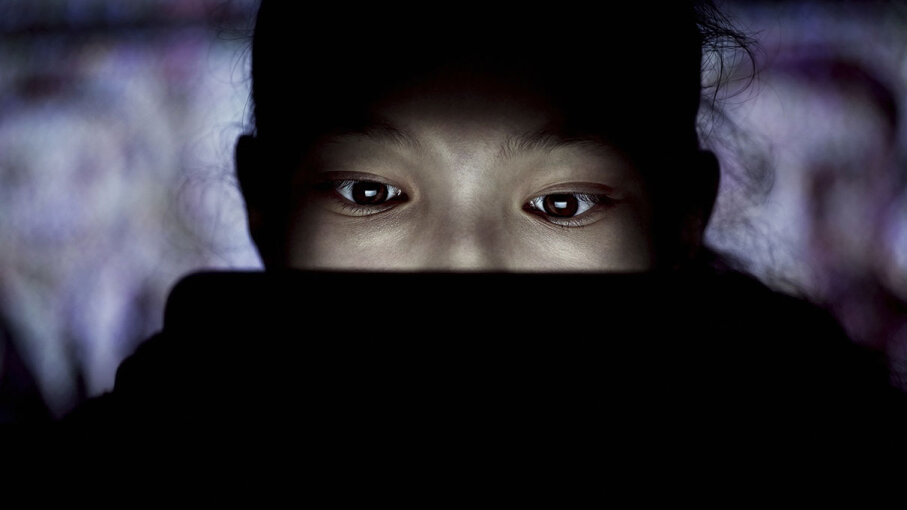 Is "Blue Whale" encouraging kids to commit suicide, or are kids who are having suicidal thoughts seeking out content like the game? 3photo/Corbis/Getty Images

It all began in Russia. Now it seems to be spreading across the rest of the world. It's the story of a twisted, immersive game that encourages its players to end their lives.

The game, often called "Blue Whale," consists of a series of tasks across 50 days, culminating with a suicide attempt. Nearly 130 teenagers who committed suicide between November 2015 and April 2016 had some connection to the game, according to a May 2016 article published on the Russian news site Novaya Gazeta.

The entry point to the game has been the social networking site VKontakte, which is extremely popular in Russia. Like many such sites, you can create private groups on VKontakte. According to the Novaya Gazeta article, someone (or a group of people) was creating small groups specifically to curate players for the game. Those small groups created a sense of exclusivity and secrecy.

Within the groups, the curator assigned numbers to players and gave them strict instructions on how to play the game. One of those instructions was that participants couldn't discuss the game outside of the game itself. This created a sense of isolation in players that then could be exploited.

Over the course of 50 days, players would receive directions to complete specific tasks. The tasks might involve listening to a specific song, watching a video or uploading a photo. The songs and videos often had a dark meaning or violent content. Often, players were told to go to bed late and wake up at 4:20 in the morning. Curators also allegedly included instructions on committing acts of self-harm, such as cutting. Players were told to document these acts with photos and upload the evidence.

The final set of instructions allegedly gave the player the directions for committing suicide. According to the report, they included ritualistic acts, such as removing a jacket and setting it aside before the final act.

A mythology developed around the game. The whale imagery referred to the tendency of whales to beach themselves, dying as a result. Other titles had similar implications. Much of the symbolism in the game seemed to suggest a mysterious, mystical element. Codes and ciphers, some of which may have been completely meaningless, also added to the allure.

The Novaya Gazeta article held that this game had played a pivotal role in suicides across Russia. In fact, the piece claimed that deciphering the game and following along with one group of players predicted suicides that happened later. The article also accused law enforcement officials of ignoring warning signs, implying that some of those suicides could have been prevented because of the clues in the game.

The blue whale, or Balaenoptera musculus, has surfaced as the mascot behind a dark online game of the same name.
Mark Carwardine/Photolibrary/Getty Images

In February 2017, Radio Free Europe/Radio Liberty published its own investigation into the "Blue Whale" phenomenon. In contrast with the Novaya Gazeta piece, Radio Free Europe found no definitive evidence linking any suicide with the online game. And an article in the journal Meduza listed several criticisms of the Novaya Gazeta piece, including the author's appeal to emotional response rather than a rational investigation into the claims. Snopes also rated the claim that "Blue Whale" had led to 130 suicides in Russia as false.

As the above articles point out, even if there is evidence linking the game to those who committed suicide, it isn't necessarily proof that the game caused the players to make that choice. An alternate hypothesis is that young people who are having suicidal thoughts may seek out content like the game. It may be the game is little more than a convenient bogeyman to blame for a deeper, more troubling problem.

In recent years, Russia's teenage suicide rate has been alarmingly high. According to The New York Times, a 2011 United Nations Children's Fund report said that Russia's teenage suicide rate was the third-highest by per capita in the world (the report itself has since been removed). The high rate could be attributed to a host of factors, such as the rate of alcoholism in Russia, the lack of infrastructure to support people coping with mental and emotional trauma, and other serious concerns. (Overall, however, the suicide rate in Russia fell for the 14th consecutive year, according to 2015 data, reported Russia Beyond the Headlines.)

In other words, Russia had a problem with teenage suicide before the "Blue Whale" game came along. It could be shortsighted to blame the game for suicide attempts today. In fact, it could take attention away from underlying factors that won't magically disappear even if the game were to dissolve overnight.

Whether "Blue Whale" is inspiring teens to commit suicide or not, it seems clear the game itself is dark and malicious. Why does such a game exist in the first place, and who is behind it? Those questions are difficult to answer.

"Blue Whale," like many memes, has spread far beyond its origin. Multiple people and groups now run similar games, most in the alternate reality genre. Nearly all involve macabre content. Some encourage players to simulate self-harm and suicide attempts, using Photoshop or fake blood to simulate a gruesome scene. These games, while troubling, don't appear to call for players to hurt themselves. They seem connected to creepypasta, a type of Internet horror folklore (the infamous Slender Man was born from this genre).

In these cases, the game is exploring dark themes, something many young people feel compelled to do. The exclusivity and secrecy of the games boosts players' feelings of inclusion and importance. While the games might have troubling psychological implications, they aren't outright demanding players end their lives.

Financial gain and online fame could be another motivator. A piece on the site Lenta.ru mentions a curator named Myron Seth, who was interested in monetizing the game through online advertising. More page views translates into more money. As such, creating a game that attracts a lot of attention has value. And from a cynical point of view, a game that kills off its customers will have a hard time remaining profitable.

To complicate matters, some curators (or people who pose as curators) have claimed their motives were to help prevent suicidal teens from harming themselves. Rather than lecturing the teens or posting transparent messages offering help, these curators use the game to reach people actively seeking out dark content. They claim to then use their positions to help guide the teens to seek help.

Then there's the tale of Philipp Budeikin (aka Philipp Fox) who was arrested and sentenced to three years in jail for inciting teenagers to commit suicide through the game. Initially, Budeikin claimed that the game itself was a joke and not intended as an actual means to hurt people, reported the BBC. But on May 10, 2017, he pleaded guilty to the charges at a court hearing and said the teens who played the game were "biological waste." According to BBC, Budeikin had refined his approach over several years, starting in 2013.

Whether or not Budeikin created "Blue Whale" is unknown. The game and its various spinoffs have certainly grown beyond his involvement in any case.

History has recorded previous panics similar to the "Blue Whale" phenomenon. The Satanic Panic played out in the 1970s and '80s. A related panic focused on the role-playing game Dungeons & Dragons. In both cases, concerned adults concentrated on what to them appeared to be the root cause of troubled children. "Blue Whale" goes further in that in some instances of the game curators are actively encouraging players to commit harmful or dangerous acts.

But many experts warn that we should concentrate less on the game and more on the underlying factors that lead people to suicidal thoughts. We shouldn't ignore the game entirely — playing the game could indicate that someone needs to reach out to that player. But the game itself isn't the real issue here. To address those problems, we must look deeper, perhaps confronting some very difficult realizations in the process.

Now That's Interesting
If you or someone you care for is dealing with suicidal thoughts, please seek help. In the United States, you can contact the National Suicide Prevention Lifeline at 1-800-273-8255.