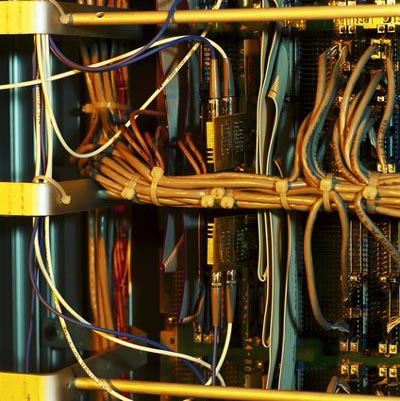 If the goal of the Telecommunications Act of 1996 was to increase competition in the telecom sector, then the results have been less than inspiring. By the end of June 2007, CLECs operated only 18 percent of end-user telephone lines. The rest were owned by large ILECs like Verizon, AT&T and Qwest (themselves the products of Baby Bell mergers and acquisitions). CLECs did better in the business end-user market than with individual consumers, capturing 25 percent of the business market, while operating only 12 percent of residential lines [source: Federal Communications Commission].

When the Telecommunications Act of 1996 was passed, the newly dubbed ILECs, formerly known as the Baby Bells, didn't roll over and play dead. They fought the key provisions of the act in court, charging that sharing their network equipment was unconstitutional and akin to subsidizing their competition. This initial refusal to comply with the law, plus a weakening of the local telephone market between 2000 and 2003, led a third of all CLECs to file for bankruptcy [source: Network World].

Over the years, various appeals court rulings have challenged the constitutionality of the unbundled network elements (UNE) provision of the act. The result is that ILECs are now only compelled to share their equipment with CLECs in cases where there is "no other viable way to compete" [source: Network World]. To stay in business, CLECs have increasingly had to buy and operate their own hardware in separate facilities. According to June 2007 numbers from the FCC, CLECs now use their own equipment for 38 percent of their end-user phone lines.

Looking ahead, there might be even more trouble brewing for CLECs. More and more ILECs are laying fiber-optic cable as a last-mile connection to residential and business phone subscribers. Fiber offers significantly faster data transfer rates and is ideal for the recent trend of bundling voice, Internet and TV service under one digital provider. The problem is that the Telecommunications Act of 1996 only requires ILECs to share traditional copper phone lines. If ILECs make a full transition to fiber, then there won't be any more equipment to share.

That said, CLECs are far from failing, even if they're not household names like Verizon and AT&T. Some CLECs, like XO, have found tremendous success by limiting their business to corporate and government clients. Others, like PAETEC, have concentrated on urban centers. Many of the most successful CLECs have moved quickly into the high-speed Internet and IP telephony markets, offering competitive prices that have forced the big boys to lower their rates in response.

But perhaps the biggest threat to both ILECs and CLECs is the explosion of mobile phone services. According to the FCC stats for 2007, there were only 163.2 million landline telephone accounts, down significantly from the year before. In contrast, there were 238.2 million mobile phone subscriptions [source: Federal Communications Commission].

For more information on ILECs and related phone equipment work, check out the links below.