How to Reduce Your Technology Carbon Footprint 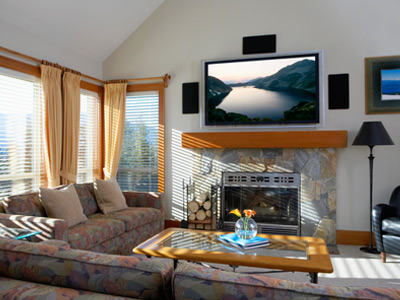 Many of our household appliances add to our carbon footprint, but if you pay close attention to how you use things and adjust accordingly, you can reduce emissions.
Ivan Hunter/Getty Images

At home, there are some things you can start doing immediately. With the flick of a switch or push of a button, you can easily regulate your use of electricity. All of the basic appliances and gadgets you use throughout your house, including lights, televisions, DVD players, video game systems, computers and so on, can be turned off when not in use. Most of the time, for instance, people only need one light in the room they're in, but sometimes it's easier to turn lights on and leave them on as they move from one room to another. And some people leave televisions or game systems running, even when they're not in the same room watching or using them. Many people have gotten used to leaving computers on and plugged in, but this can waste a lot of energy, too, especially if the computer's sleep mode isn't on.

One thing to keep in mind: Because many appliances use energy -- and therefore cost you money -- simply by being plugged in, you can counteract this waste by unplugging things like toasters when they're not in use. If you want to go a step further and avoid the constant task of plugging and unplugging, you can buy a power strip and plug several devices into one outlet. Power strips have on/off switches, and you won't waste any electricity once the power is turned off.

You can also switch to more energy efficient technologies. The EPA recommends products with the Energy Star qualifications, especially light bulbs and computers. Switching to green power, or an environmentally friendly electricity program, is also an easy way to quickly reduce both the amount of emissions you create and the amount of money you spend. You can call your current power company to ask about green power, or you use the EPA's green power locator for U.S. states. There are other changes you can make, too, such as making sure your home is properly insulated and installing more efficient technology.