How to Add RAM to Your Desktop

Browse the article How to Add RAM to Your Desktop 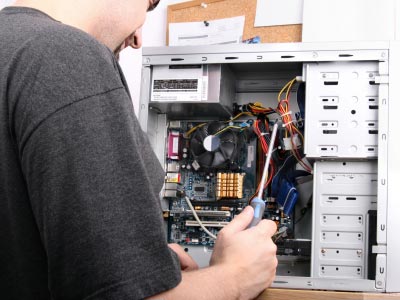 How can you fix a desktop computer that's become to sluggish? Simply adding more RAM is typically your best option.
© iStockphoto.com/kreci

Because we all hear news of computer technology getting faster and faster, we expect a lot when we purchase a new desktop. We figure from the moment we start up the system, everything will be fast and easy. Running applications and switching between several programs will take no time at all, and the act of opening your Web browser will take place in a flash.

In the beginning, it may be very much like this. But as time passes and you add new applications and acquire a lot more data on your hard drive, chances are your computer will react a lot slower. After a while, starting up your computer might take several minutes, an eternity compared to the day when you first switched the machine on. But it's no surprise that your computer's growing slower. Just think about all of the things you use your computer for. Are you one of those people who like to edit and organize digital photos? If so, you're probably filling your hard drive with a seemingly endless number of pictures from memory cards. Or perhaps you like to capture home movies on digital video, which can take up even more storage and processing power. And, like many others, you may store large libraries of MP3 files on your desktop, too. Your computer has to manage the software that you use to work with these files. If you think about your computer having to run all of these programs at the same time, you start to understand how much pressure we place on desktops.

So, do you have to accept an abysmally slow desktop, or can you actually take action? Fortunately, there's an easy and inexpensive way to adjust if you want to keep up with a digital world that never seems to slow down. Simply adding to or upgrading your existing random access memory (RAM), can make a noticeable difference in your desktop's processing performance.

Choosing RAM for Your Desktop 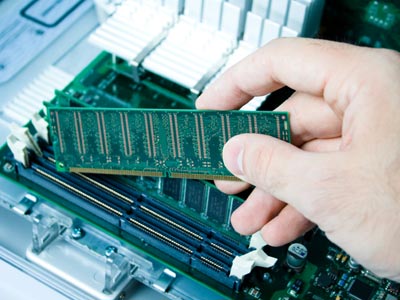 Before you buy RAM for your desktop, you need to figure out what type of user you are. Do you use your desktop for minor tasks, or are you a hardcore gamer?
© iStockPhoto.com/Gaby Jalbert

Whenever we run an application or tell the computer to perform a certain function, the information from that command is loaded onto memory. With that memory on hand, your desktop can run more efficiently. But when your computer has too many tasks to perform and not enough means with which to do everything, you're putting strain on your desktop's processing. It's sort of like asking a person who's spent a couple of weeks training for a 5K race to run an entire marathon -- the runner wouldn't have the strength to run such a long distance in a reasonable amount of time since he or she would be woefully unprepared.

So if your desktop is suffering from too much workload, how much RAM do you actually need? Before you go out to find the RAM module on the shelf, you need to ask yourself what kind of work you normally do on your desktop. If you use your desktop for just your bare-bones basics like e-mail and word processing, your computer won't need too much RAM. Somewhere between 384 to 512 MB of RAM should be sufficient. But you should keep in mind that even if your desktop computer is relatively new, some systems don't come with enough memory to operate even the most basic tasks.

The more processing you require your computer to perform, however, the more RAM you'll need. If you use your desktop for work in a home office and you often use several different types of programs simultaneously, including e-mail, Web surfing, word processing, spreadsheets and software for presentations and illustrations, you desktop will probably require the upper end, maybe even as much as 1 GB of RAM. Serious gamers who use up a lot of graphics power need between 1 and 2 GB of RAM, while professionals who use a lot of 3-D modeling software should probably have 2 GB or more.

If you're not entirely sure what kind of RAM your desktop you'll need, there are Web sites like Crucial.com that are dedicated entirely to memory performance and allow you to select the type of desktop you own and search for the most compatible type of RAM for your system.

Adding RAM to Your Desktop 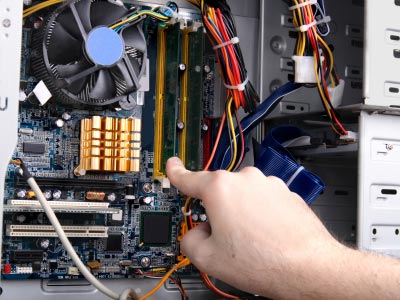 After safely opening up your desktop to reveal its insides, adding new RAM is a simple process.
© iStockphoto.com/kreci

­Once you've chosen the right kind of RAM, it's time to install your RAM module into the insides of your desktop. Before you get started, make sure your desktop has been turned off and unplugged from any outlets. Opening up your computer while there's a power source connected to it is dangerous, so to avoid any electrical accidents it's a good idea to make sure you handle everything carefully. You should also ground yourself by touching a metal surface or wearing an antistatic wrist strap. This prevents electrostatic discharge, something many of us have experienced by dragging our feet over a rug, touching a doorknob (or another person) and creating a spark. This happens when two objects touch or rub together and exchange electrons -- one becomes positively charged, the other negatively charged. When one object touches another that has an opposite charge, electrons shoot out to balance the charges. Static charges may give us a harmless shock when we touch a doorknob, but they can damage computer equipment, so grounding yourself will protect sensitive components.

Desktop computers are designed many different ways, but most have either side doors or tops that can be removed with the help of a screwdriver. The RAM slots are located on the computer's motherboard. There are usually two slots, though there may be more. If all slots are filled up with existing RAM modules, you can replace a smaller RAM chip with a larger one. Just release the tabs that hold the module down, remove the old module and insert the new, larger one. If there's a slot open, you simply can slide the new module in place and gently snap it into position.

Once you've installed the RAM, and after you've closed up your desktop safely and properly, you can start up your computer. The system should recognize the new RAM automatically. Now your desktop will boot up faster, run applications more efficiently and switch between programs with noticeable ease.

For lots more information on RAM and computer technology, see the links on the next page.