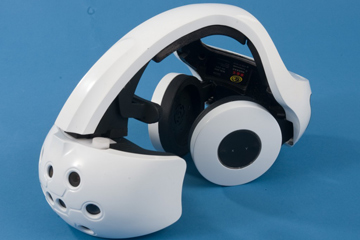 You're a giant, angry robot.

Oh look, there's a 40-story office tower in front of you. One swipe of your hand and that office tower is now a dusty pile of rubble. Impressed with your own handiwork, you jump over your destruction. Your landing triggers a near-earthquake that ends up causing another building to collapse. To celebrate, you smack the nearest standing building with your fist -- just because you can.

Ok, we confess: You're not actually a building-smashing robot. You're playing a game called "HateBot," which capitalizes on some pretty nifty new virtual-reality technology.

While we spoiled, 21st-century inhabitants are pretty used to life-like gaming systems, SmartGoggles are upping the ante with immersive gaming experiences like the one described above. Created by Maryland-based technology company Sensics Inc., the SmartGoggles platform is a step forward into the promised land of virtual reality. Not yet on the consumer market, Sensics is looking to sell their design to gaming developers and consumer electronics sources, as well as partner with companies like SideKick, which created "HateBot". And the timing might be right; while there are currently a few different types of virtual reality products on the market, lately there's been a bigger push for them.

Perhaps that's due to a tiny tech company called Google, which has been playing with a pair of glasses featuring an augmented reality capability. Essentially, the glasses look like the spectacles you might use to read the New York Times, except these little guys populate your vision by putting up information or images on the lens. They might show you the route you should use to get to the grocery store, for instance, or engage you in a video chat as you walk down the street. Even manufacturers like Oakley (which produces sporting equipment and eyewear) are in the game. They're targeting the sporty type, who'd like to read on their glasses how far their golf ball lies from the cup, for example, or maybe when to turn around to catch that football being thrown from behind.

SmartGoggles, as we'll see, have a great deal of potential in a virtual reality market. While the helmet-type prototype we'll be exploring here is nicknamed Natalia, the technology could translate into many different representations. 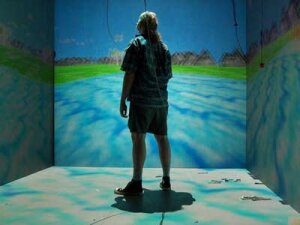 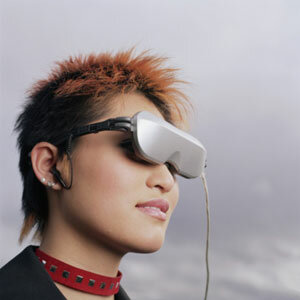 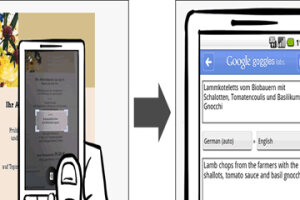 What is Google Goggles?