How can you hear a call on a smartphone that doesn't have a speaker? 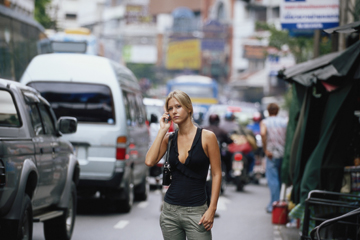 Kyocera's Urbano Progresso smartphone allows the user to hear much better when there's a great deal of noise in the background.
Piecework Productions/Photographer's Choice/Getty Images

Phones have transformed dramatically since their creation in the late 1800s, especially in the last decade or so. But while today's modern cell phones are packed with features like Internet browsing, touch screens, apps and GPS, they still have one thing in common with the ancient telephones of yore -- a receiver speaker so you can hear the call. But what if it didn't?

That's the question Japanese phone maker Kyocera set out to answer when they created the Urbano Progresso, a smartphone unveiled in spring 2012. The phone does away with a traditional speaker receiver in favor of the Smart Sonic Receiver, which transmits sound directly into the bones of the inner ear using vibrations on the screen.

The phone includes an electric actuator that vibrates the entire screen at various frequencies, channeling sound in a way that's crisp and clear. Unlike every other phone on the market, you can hear the person on the other end clearly regardless of where your ear is placed [source: Kyocera].

What are the benefits of this technology? Primarily, it allows the phone user to hear much better when there's a great deal of noise in the background. Since the vibrations are sent directly into the ear, the sounds around you won't interfere with your conversation, which is quite beneficial in Japan's busy (and noisy) cities. Kyocera demonstrated the technology by having potential customers talk on one in front of a speaker that blared traffic and construction noises [source: Westlake].

Unfortunately for those of us in noisy cities in the rest of the world, Kyocera says they will not be selling the Android-based Urbano Progresso outside of Japan anytime soon. But hopefully the idea will catch on with other smartphone manufacturers. As many Android and iPhone users know, while the devices are great for Web surfing and making life easier through apps, they sometimes falter at their original, 120-year-old purpose -- making phone calls.

I think this technology is a great idea. After all, not too many smartphones are very good at making phone calls. Hopefully this will make its way out of Japan very soon. Who knows? Maybe we'll even see this feature on the next iPhone?