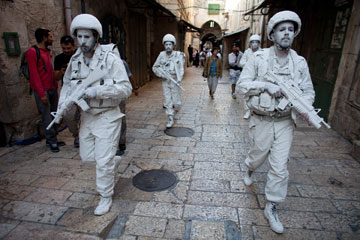 Make no mistake: The human body is a war zone. What's more, it's a modern one, fought not on some away-game battlefield but right inside the war-torn city we call the human body.

Sure, our body's defensive forces do their part to keep the bulk of invaders out, but the enemy breached our gates a long time ago. So the struggle for health wages on inside us, amid delicate systems and crucial organs. The soldiers of our immune system fight viral spies, cancerous saboteurs, bacterial terrorists and parasitic war machines.

Modern science allows for a good bit of outside interference. Like a Cold War superpower propping up an embattled regime, we ship in our pharmaceutical weapons, high-tech surveillance equipment and the occasional blast of radioactive power.

Yet these superweapons are often far from clinical in their application.

Drop a bomb on a city block and you might wipe out enemy insurgents, but you'll also kill innocent civilians and decimate important infrastructure. You damage the very thing you aim to protect.

In the body, the situation is often the same. For example, we want to save the body from the ravages of cancer, but chemotherapy and radiation treatments damage the healthy cells, as well as the cancerous ones. What we need is something capable of making deadly accurate strikes at a cellular level -- a military drone to patrol our inner space. 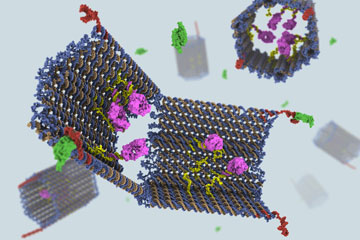 I had to lash one hand behind my back to avoid making the obvious "Fantastic Voyage" or "Innerspace" references in this article. In a way, however, the films do the public understanding of nanotechnology -- especially medical nanotechnology -- a disservice. Visions of miniaturized submarines in the bloodstream display a top-down view of nanotechnology. In reality, we're looking at a bottom-up system, in which small machines are built of tiny materials to perform their work on an ever-so-minute scale. You don't build a sub the size of DNA; you build it OUT of DNA.

I couldn't help but think of the DNA robot concept in terms of a gift-wrapped package containing a small bomb. Imagine this package on the parlor of an Agatha Christie-style murder mystery. It will only open in the hands of a killer.