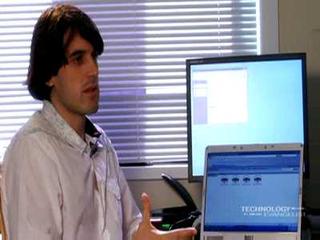 You're excitedly perched in your favorite chair with your tablet in hand. The trailer for the movie you've been dying to see has finally been released, and you can't wait to see it. You start the clip from the movie's Web site, and ... wait ... buffering ... oh, there it is. Hmmmm. It's a little stuttery. This isn't quite what you had in mind. Wouldn't it be great if someone would figure out a way to make online video streaming and downloads smoother and more efficient?

Smartphones and tablets with mobile broadband are becoming more common every day. A report published in February 2012 indicated that between 2010 and 2011, the mobile data networks behind these devices grew 133 percent, and the average smartphone nearly tripled in data usage, from 55 MB to 150 MB per month. With more powerful devices and faster network speeds, streaming video is easier to consume and now accounts for more than half that traffic [source: Cisco].

Growth like this inspires innovation, especially when overcoming barriers. If you have a limited data plan with a mobile data service provider, you have to be aware of how much data you've consumed each month so you don't exceed your limit and pay penalties. Even if you have an unlimited plan, you probably want to limit the data you download to only what you actually use so your phone or tablet runs as efficiently as possible.

That's where DASH comes in. DASH stands for Dynamic Adaptive Streaming over HTTP. As we'll explore in this article, DASH is a standard for streaming video over the Internet. It overcomes issues with some other streaming standards, including wasting bandwidth on unviewed content and lack of adaptability to your data connection's available bitrate.

The developers behind DASH include Christopher Müller, Stefan Lederer and Christian Timmerer, all associated with the Klagenfurt University in Austria. Their effort is part of a larger project called the 3rd Generation Partnership Project (3GPP) to create global standards for mobile broadband. The three researchers have chronicled DASH development in blog format, and they've presented and promoted DASH to industry colleagues around the world [sources: ITEC-DASH, Timmerer, Timmerer and Müller, Lederer et al., 3GPP].

The new technology has led to a new standard under the Moving Picture Experts Group (MPEG). If MPEG sounds familiar, it's no surprise. MPEG is the organization behind the world's most widely adopted digital media standards, including MPEG video and MP3 audio. As a standard, DASH is referred to as MPEG-DASH. As of this writing, MPEG-DASH has passed enquiry and is in the approval stage in the International Standards Organization, where it's known as ISO/IEC 23009-1.

Before we take a closer look at DASH, let's look at the state of video streaming technology prior to DASH adoption.

The State of Video Streaming Before DASH

To understand how DASH improves video streaming, let's look at the technology preceding it.

HTTP is the primary protocol used for Web content on the Internet. HTTP is also stateless, which means that when you request data from your computer or mobile device, it connects to the Web server on the Internet just long enough to get the data it needs, then terminates that connection. You may have seen this when you're using a Web browser to view a page and you lose your Internet connection: The Web page remains loaded in your browser, even though you're not actively connected to the server it came from.

As of this writing, the state-of-the-art in Internet video streaming was the Real-Time Streaming Protocol (RTSP). Unlike HTTP, RTSP is stateful. That means it relies on a persistent connection between your computer or mobile device and the Web server that's sending the video. This means that once the connection's established, the server sends a constant stream of data to the device until it sends all of the video or until you stop the video, whichever occurs first.

Because it's stateful, RTSP is less efficient than HTTP. That's because there's a chance you could download more data than actually you need. For example, your device might download an entire video even if you stop watching it halfway through.

If RTSP could adjust for differences in bitrate, this wouldn't be an issue. The bitrate is how many bits of data your device can download per second. This is affected by the speed and traffic volume on your current Internet connection. If you have a high bitrate, the RTSP simply downloads more video content over the same amount of time, whether or not you actually watch all of that content.

Internet speeds are getting faster, particularly on mobile networks. Faster download speeds have led to more video viewing, and consequently have pushed bandwidth usage to unexpected highs. This puts pressure on broadband providers to save money and resources. As a result, providers continue to raise their prices and to throttle or cap bandwidth for their users.

DASH is an attractive alternative to RTSP because it makes video streaming more efficient. Next, we'll see how DASH accomplishes this. 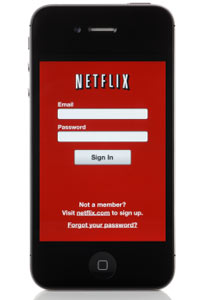 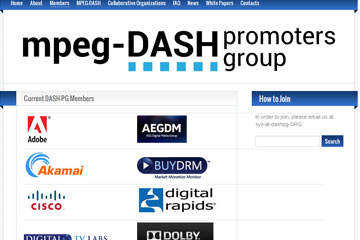 Before this article, I knew very little about streaming video standards. Now, I understand the problem with RTSP, particularly regarding wasted bandwidth. Since DASH is a framework for consuming existing video formats, it doesn't disrupt video production itself. That also means that proprietary formats like Flash could be delivered with the advantage of DASH efficiency. As someone who loves to use YouTube on my smartphone, I look forward to the improved experience and reduced bandwidth that the DASH standard could deliver. I also hope that security mechanisms that limit HTTP requests from the same client can adapt to receiving repeated requests for video segments. I'm interested to see how streaming services will handle that while resisting denial of service attacks.